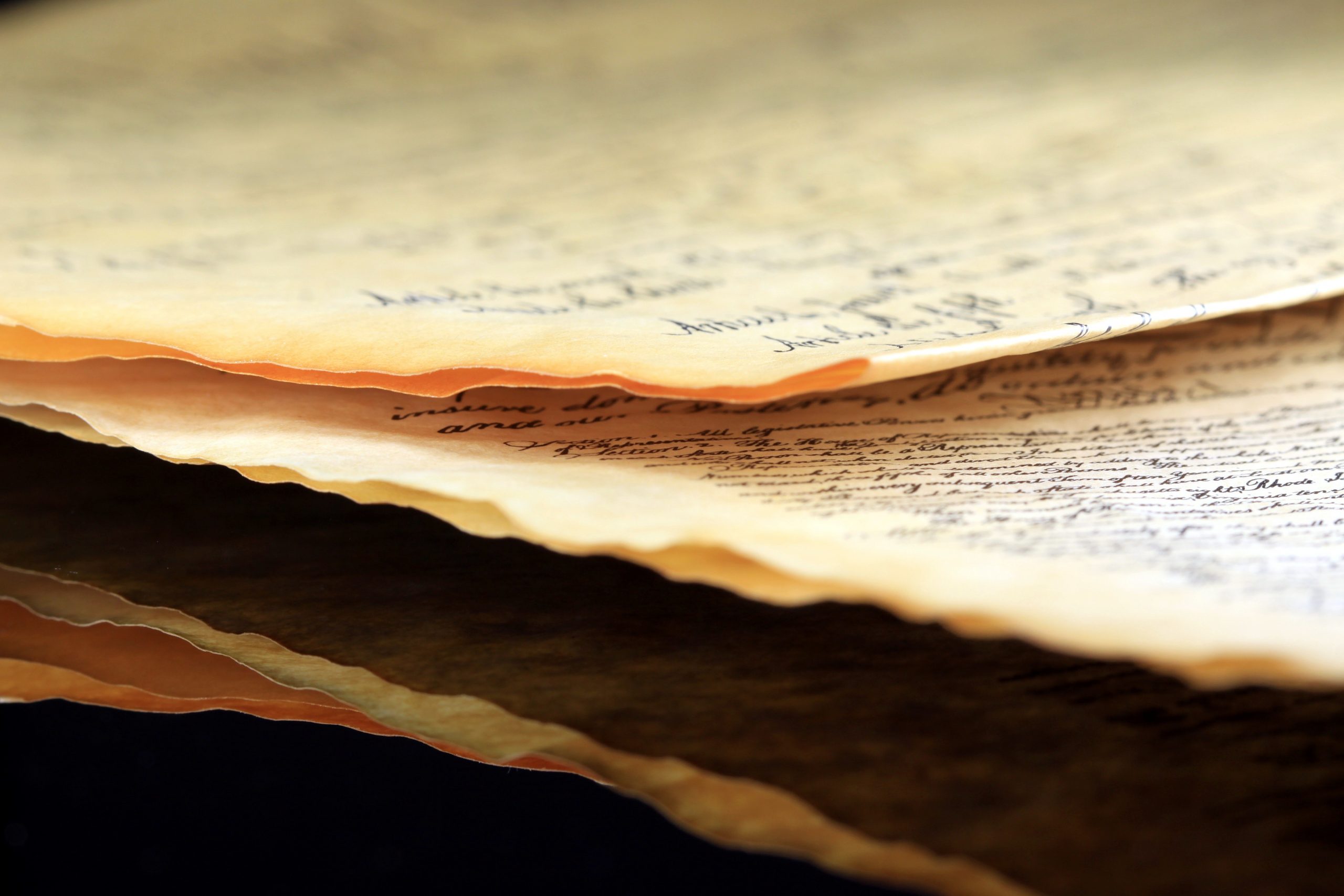 Between the breathless whispers that Judge Neil Gorsuch intends to impose either medieval Catholicism or, worse, Oxford sensibilities from the bench through the mechanism of natural law and the fear that he might otherwise glide into the legal positivism of which Justice Scalia was unreasonably accused lies another possibility: The Constitution can neither be interpreted through natural law nor reduced to positive law. It is more profitably understood as fundamental law.

From this perspective, the question is not whether the polity is attached to transcendent moral principles but rather what is the likeliest means of attaining them. The answer is deliberative self-government bound and guided by a venerated Constitution.

How does law become fundamental? It is not through the simple mechanism of the courts. It is true, as Federalist 78 indicates, that judges should interpret the Constitution as fundamental when a question is properly presented to them—that is, when a statute varies with the Constitution and naturally comes before the judiciary in the course of its duties. But not all questions are properly judicial. James Wilson thus said that the judicial department had the power to declare the Constitution to be superior to law “in particular instances, and for particular purposes.” Judges are not the primary constitutional gatekeepers in a republic. A constitutionally disposed people is.

Multiple indications in The Federalist suggest, for example, that Publius relies more on passive political mechanisms than on an active role for judges for the protection of rights. Federalist 10 proclaims its “republican remedy for the diseases most incident to republican government” without having once mentioned the judiciary or, for that matter, any constitutional mechanism except those inherently derived from the empirical conditions of an extended republic. Federalist 51 rejects controlling the majority through a will independent of it. The essay contains a reference, to be sure, to a royal veto (an “absolute negative on the legislature”),  but the description is very much like how we now think of the Court. Such a check, Publius explains, would be a “precarious security” because there is no inherent reason to believe it would protect rights as opposed to betraying them.

Publius relies on similarly political mechanisms for establishing the Constitution as fundamental law. Simply put, it will be protected as fundamental only if the people revere it as fundamental. Consequently, Federalist 25 warns against imposing constitutional fetters that are likely to be violated since a violation of

the fundamental laws, though dictated by necessity, impairs that sacred reverence, which ought to be maintained in the breast of rulers towards the constitution of a country, and forms a precedent for other breaches, where the same plea of necessity does not exist at all, or is less urgent and palpable.

The most celebrated case for constitutional reverence is Federalist 49’s warning that frequent appeals to the people to resolve constitutional disputes  would, by constantly implying constitutional imperfections,  “deprive the government of that veneration which time bestows on every thing, and without which perhaps the wisest and freest governments would not possess the requisite stability.” Time’s role is essential. Call it the magic of compound veneration: Because we respect older opinions more intensely, the longer the Constitution is revered, the more it will be so.

Significantly for those who would impose a purely rationalist lens on the constitutional project, Publius speaks in the last-mentioned essay of the value of the regime’s having “the prejudices of the community on its side.” These prejudices help us to tether our notions of rights, and of what is right, to time and custom—a much more solid anchor than trying to base these notions on the kinds of abstract philosophical inquiry that, however valuable, are subject to change according to the whims of jurists. (See, for example, Justice Kennedy.)

This idea of the Constitution as fundamental law venerated by the people over time helps to fortify the hedgerows that limit and guide debate while meeting the substantial challenge Publius sets forth for “the friend of popular governments” at the outset of Federalist 10: to solve the problem of faction and thus to respect natural rights “without violating the principles to which he is attached”—that is, the principles of popular government.

Much is made, in this context, of the Declaration of Independence and Abraham Lincoln’s elevation (or rather, as the thesis goes, restoration) of that document to the center of the civic canon. Yet there are misapprehensions here.

Unquestionably the Declaration, which says governments are instituted to secure rights, assumes that rights preexist government. Some constitutional language makes the same assumption. (The Second Amendment, as Justice Scalia noted in District of Columbia v. Heller (2008), speaks of the people’s right to bear arms as something that exists, not something that is being granted.) The Ninth Amendment speaks likewise of retained rights, Judge Bork’s famous/infamous “inkblot” remark indicating not that it should be read out of the Constitution but rather that it is insufficiently precise for judicial imposition.

Yet the Declaration also assumes that the natural right par excellence is the self-government of “the people,” to whom it repeatedly refers in the corporate sense: “the Right of the People to alter or abolish” an abusive government; George III’s dissolving of legislatures to invade “the rights of the people,” and the like. The unalienable rights to “life, liberty and the pursuit of happiness” make little Lockean sense as the rights of isolated individuals, who do, in the terms of the Second Treatise, alienate their natural rights of acting as they please. Locke wrote:

These laws, not incidentally, are to be made by the majority, since not to be obligated to the majority would be the same as living “under no other ties than he was before in the state of nature,” which would “signify nothing, and be no compact.”

The Declaration repeatedly signals a similar commitment. As Willmoore Kendall and George W. Carey note, the much-overlooked complaints against King George refer not to the absolute or isolated rights of individuals but rather to the right of a political community to consent to the laws that govern them.

So did Lincoln speak of the political community. His objection to Stephen Douglas’ doctrine of “popular sovereignty” was not an argument of natural right or law as expressed in the Declaration but rather that the Kansas-Nebraska Act of 1854 abrogated the Missouri Compromise of 1820, to which a national majority had consented and which ought to be restored by majority rule.

The Missouri Compromise ought to be restored. For the sake of the Union, it ought to be restored. We ought to elect a House of Representatives which will vote its restoration. If by any means, we omit to do this, what follows? Slavery may or may not be established in Nebraska. But whether it be or not, we shall have repudiated—discarded from the councils of the Nation—the SPIRIT of COMPROMISE; for who after this will ever trust in a national compromise? The spirit of mutual concession—that spirit which first gave us the constitution, and which has thrice saved the Union—we shall have strangled and cast from us forever. … [E]ven if we fail to technically restore the compromise [because the Senate refuses], it is still a great point to carry a popular vote  in favor of the restoration. (Emphasis added.)

In other words, the issue was not whether a majority was entitled to decide this matter but rather the level at which the majority should register its views. Consequently, Lincoln proceeded to declare that a Whig who opposed repeal of the Fugitive Slave Act of 1850 while favoring the restoration of the Missouri Compromise was taking a position that was “national and nothing less than national.”

That decidedly does not mean Lincoln did not oppose slavery as a violation of natural law or natural rights. He did, including at Peoria, where he railed against the Kansas-Nebraska Act’s assumption “that there CAN be MORAL RIGHT in the enslaving of one man by another.” The dispute pertained to the principle according to which that wrong should constitutionally, and thus enduringly, be rectified.

In his First Inaugural, he made this same point, as he outlined the questions the nation faced on slavery:

From questions of this class spring all our constitutional controversies, and we divide upon them into majorities and minorities. If the minority will not acquiesce, the majority must, or the Government must cease. There is no other alternative; for continuing the Government is acquiescence on one side or the other. . . .  A majority held in restraint by constitutional checks and limitations, and always changing easily with deliberate changes of popular opinions and sentiments, is the only true sovereign of a free people. Whoever rejects it does, of necessity, fly to anarchy or to despotism. Unanimity is impossible; the rule of a minority, as a permanent arrangement, is wholly inadmissible; so that, rejecting the majority principle, anarchy or despotism in some form is all that is left.

When do the restraints of which Lincoln spoke lie within the jurisdiction of the Court? Not always, and not even primarily. A question does not become judicial simply by dint of being constitutional. (Madison, at the Philadelphia Convention, would have explicitly limited that jurisdiction to cases “of a Judiciary Nature,” which his fellow delegates thought so self-evident as not to require specification.) Lincoln’s famed critique of Dred Scott would today be regarded as a lawless attack on judicial independence, which is the code we use for judicial supremacy.

Lincoln recognized what Publius did in Federalist 51: Relying on the Court for outcomes in accordance with either natural law or natural right is a “precarious security.” The only real security is a deliberate people “held in restraint by constitutional checks and limitations.”

This restraint comes from respect for the Constitution as fundamental law. Thus Judge Neil Gorsuch. In a 2005 essay for National Review, the judge, then a private lawyer, warned of excessive reliance on the courtroom to resolve contentious issues. Legislation, he wrote, is an arena of compromise, not stark winners and begrudging losers.

This neither betrays nor conceals his commitment to the natural law. Rather, it recognizes the best way to progress steadily toward fulfilling that commitment, which is to place it in the hands, over time, of the first 2,000 people in the Boston telephone directory rather than the first nine people in the federal judiciary. At discrete moments, these 2,000, whom William Buckley made so famous, can behave like mobs. (Of course, at discrete moments, these nine can behave mercurially.) But the idea of constitutional veneration is that over time, fundamental law hedges, guides, and seasons them.

The “friends of popular government” who espouse that idea may, of course, be wrong. If so, their company—from Locke to Lincoln—is distinguished.