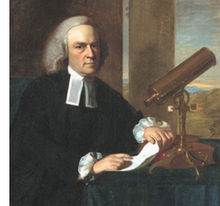 A recent visit to Boston prompted me to reread E. Digby Baltzell’s Tocquevillean classic, Puritan Boston, Quaker Philadelphia: Two Protestant Ethics and the Spirit of Class Authority and Leadership (1979).  Baltzell’s appreciation of the enduring effects of the seemingly dead hand of religion on the politics of two cities is sobering and bespeaks the entire American condition today. Does American politics more resemble Puritan elitism or Quaker pluralism? Are Americans better portrayed in Good Will Hunting or Rocky?

The greatest American historian Henry Adams described Pennsylvania as “an ultra-democratic State, …. “the ideal American State, easy, tolerant, and contented.” Thus, “the egalitarian and anti-authoritarian principles of Quakerism produced a confusion in class authority from the very beginning in Philadelphia.” But our focus here is Boston, and how “the hierarchical and authoritarian principles of Puritanism” has transformed itself over the course of American history, while always maintaining local, state, and national authority.

Boston (and America) may have long discarded “Puritanism” as morality, but the political lessons remain ingrained within Boston. The Puritans formed and transmitted a political oligarchy, which ruled on the claims of divine and earthly wisdom and fostered its influence through education. Its articulation of natural rights, separation of powers, and civil liberty is among the clearest statements of these principles. The privileging of Harvard, then in the influential Massachusetts Constitution of 1780, the model for future State Constitutions, including that of California, continues today.

Contrasting exemplary and powerful men of both cities, scouring social lists, probing professional standing, and reflecting on the cities’ role in national life, Baltzell emphasizes the role of Boston as high priest of the American mind. The education system is such that, while the Philadelphia archdiocese developed the nation’s “most effective parochial school system,” Boston Catholics attended elite secular public and private institutions. When Boston developed a Catholic college, it became a national institution—Boston College. For all the merits of their universities, Philadelphia lacks the equivalent of BC or Harvard.

It is more shocking now than it was 30 years ago, when Puritan Boston was published,the extent to which an elite, much of which attended Harvard, dominates the political and academic worlds. The rest of the nation is now a kind of hapless Philadelphia, now lacking a Rocky to punch out the fake aristocrats above us. (Charles Murray’s Belmont and Fishtown reinforce Baltzell.) Once conservatives thought the Sunbelt might give rise to an alternative, and that might still be possible. Could endeavors like the Minerva project overturn the distinctiveness of Harvard?

Is American political culture too exhausted to bring forth worthies that might overthrow the oligarchs, rally the confused, and be stewards of the American founding? Whatever the facts, we need to be worthy for such a moment.

The Administrative State That Never Was

Shale Oil is a Revolution of and for Liberty

The Ultras and Their Ultimatums