Midwesterners are tolerant people. Bicoastal snobbery toward “fly-over country” irks us, sometimes, but chances are we’ll politely let it ride. The Lost Region: Toward a Revival of Midwestern History urges us to get a little gumption. 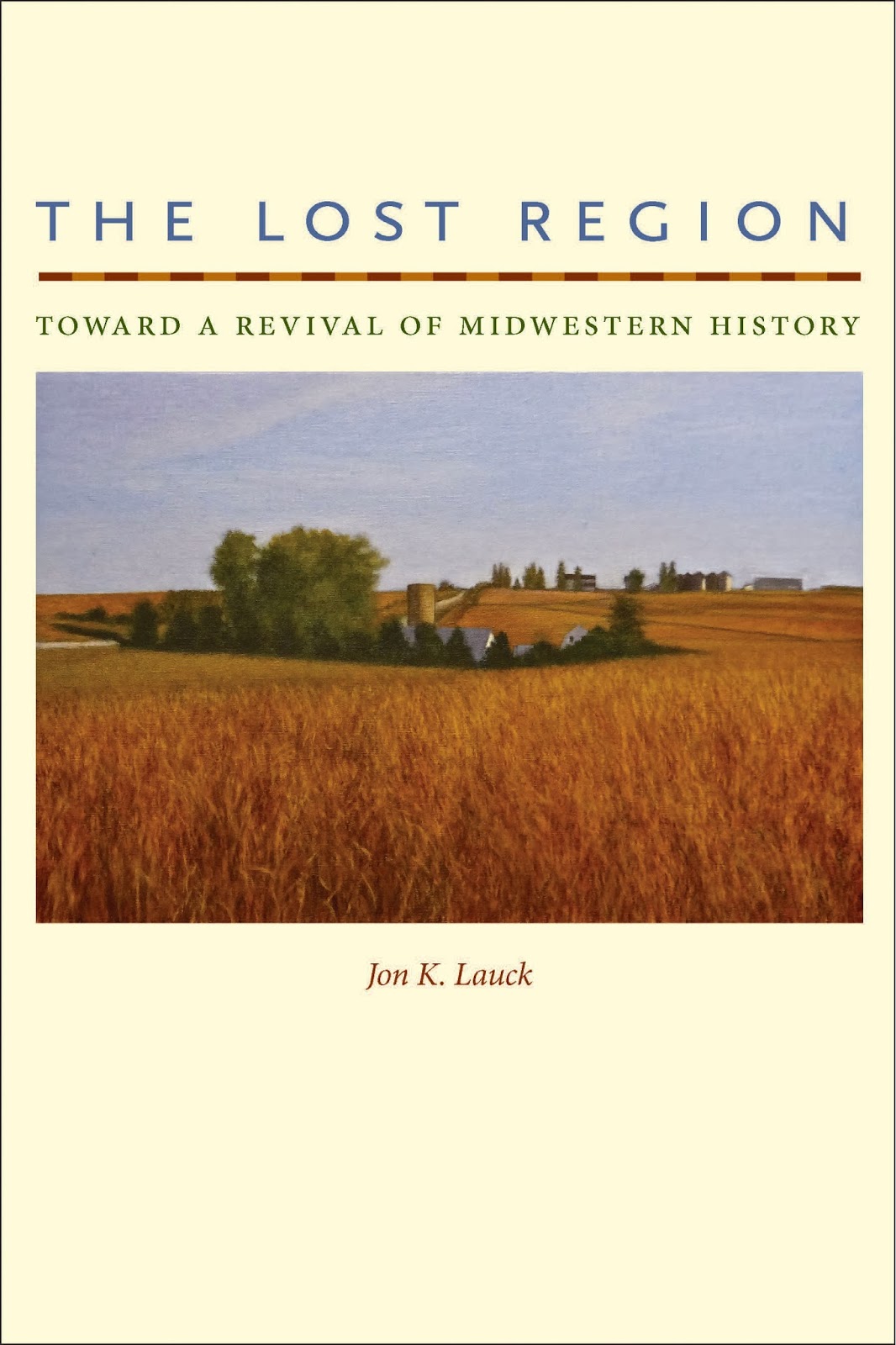 Jon K. Lauck, a South Dakotan historian, has written books and monographs on his native region. Here he takes a step back and looks at historiography to try to come to grips with the changes in the intellectual zeitgeist that have made the Midwest—a place that’s not neatly definable, anyway—slip from academic consciousness.

Being a midwesterner (from suburban Chicago), I appreciate that the midwestern state of mind is sensible. You grew up aware that you were not to treat others as if you were better than they. And you were open to things, unlike the more sophisticated people in the East, who mostly weren’t. For them the world and everything in it were known quantities, cut-and-dried. Whether they were conscious of it or not, they thought more hierarchically, more in the European manner, than the people with whom I grew up.

As Lauck points out, this contrast is far from new. In colonial times, settlers who ventured beyond the Alleghenies were deemed to have taken themselves to “the back country”—to which the civilized had their backs turned. The historian who first got them to do a 180 was Lauck’s hero, “the much-maligned” Frederick Jackson Turner. Turner (1861-1932) emphasized the extent to which the West, not the East, was where the American character was forged. His famous thesis held that the frontier was a great leveler and shaped our national institutions and culture. (A prominent Progressive, he concluded that once the West was settled, the only guarantor of equality would now be the government itself.)

It always amuses me when coast-huggers get chastised for failing to acquaint themselves with “the back country.” The writer Constance Fenimore Woolson pointed out to her friend Henry James that making the Grand Tour of Europe while ignoring America’s interior was sheer dereliction of duty. “I suppose you have no idea where the Maumee is,” Woolson teased James, referring to the river that flows into Lake Erie from Indiana and northern Ohio.

Lauck, for his part, is not laughing. It concerns him that the historical profession today places the Midwest, and most of all, the midwestern plains, low on the list of worthy topics. After all, he says, “the original commercial conflicts over the Ohio country” pushed the colonists toward separation from the British empire. The Midwest, moreover, “begat forms of populism that still persist and resonate in American political culture.” In the broadest terms the Midwest matters, writes Lauck, “because it helps explain the course of foundational events in North America, the origins of the American Revolution, the political and social foundations of the American republic, the outcome of the Civil War, and the emergence of the United States as a world power that shaped global events.”

Frederick Jackson Turner’s many and influential students, dubbed “the Prairie Historians” by Lauck, filled in Turner’s broad notions with studies on midwestern “law, farming, Populism, land and geography, and social history.” These once-prominent scholars were generally from rural or small-town midwestern backgrounds (and Turner himself was a Wisconsinite). They made the reading public aware of a sprawling region that shifted not only its shape but its name over time.

We refer to “the Midwest.” Turner, writing in 1901, called it “the Middle West.” When the family of Abraham Lincoln lived in Kentucky, Indiana, and Illinois, that was “the West.” Turner is the one who designated the dozen U.S. states commonly deemed today to be the Midwest. Other regions—the South, New England, the desert Southwest, the Pacific Northwest—do not partake of this relative fuzziness. It is one reason Lauck gives for why “the lost region” lost respect.

He gives others. The advent of the telegraph and the railroad tied one end of the continent to the other and led to the decline of “independent western newspapering and book production” in the communities in between. Also there was the satirical treatment of middle America by writers like Sinclair Lewis and H. L. Mencken after the First World War and the less than flattering take on populism offered by the influential historian Richard Hofstadter in the 1950s.

As for the frontier being considered the great leveler, by the second half of the 20th century it wasn’t thought great and academics saw little egalitarian leveling—only oppression, based on race, class, and sex. These tired categories are killing the historical profession. Lauck believes revisiting the Prairie Historians’ work on the “ideology of settlerism” would open fresh avenues of inquiry.

He actually sees good in that ideology, and also in the burgeoning capitalism of the farmers and entrepreneurs who filled in the wide open American spaces. He writes:

Combining settlerism with the spreading notions of the Enlightenment, the idea of progress, self-improvement, individualism, and ‘self-determined salvation’ in Christianity, westerners promoted a view of settlement that was broader than economic gain.

Economic exploitation there was, to be sure, and “Indian removal,” and harsh conditions for women. Those should be studied, says the author, but why not also pay attention to the countervailing mores, activities, and institutions that made communities cohere, and that made the pragmatic midwesterners more likely to immerse themselves in improvement of the crop yield than in the “disruptive blood-and-soil emotionalism” that was common elsewhere.

Lauck’s cause seems to me quixotic. (This may be a sign of an overlong exile from the Midwest—is coastal cynicism taking over my character?) It is, anyway, a just cause. And wait a minute, one would think that Turner’s and the Prairie Historians’ resistance to the cultural and intellectual domination of the East ought to hold at least some appeal for the modern professoriate. Don’t they love resistance movements?

Obamacare, the NSA’s Metadata Collection Program, and the Separation of Powers

The politically correct today will be intolerable tomorrow—at its core, progress demands it.

New Liberty Law Talk with Charles Kesler on I am the Change: Barack Obama and the Crisis of Liberalism