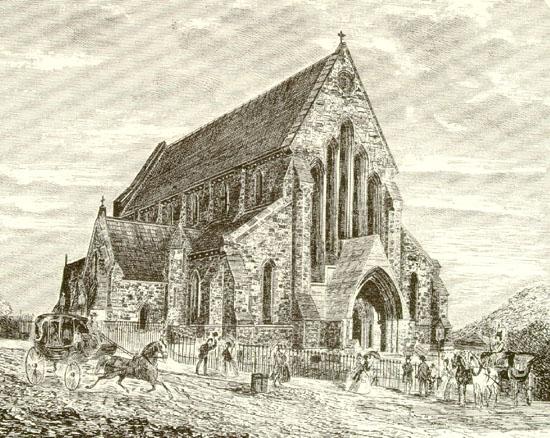 During the run-up to Easter this year, Britain’s Prime Minister David Cameron had the temerity to assert publicly (and on more than one occasion) that Britain is a Christian country, suggesting also that it is no bad thing that it is. For having publicly espoused such politically incorrect sentiments, fifty-five prominent British humanists came down on him like a ton of bricks, excoriating him for false and divisive statements they claimed that he had made.

On Bank Holiday Easter Monday, which this year happened to coincide with the eighty-eighth birthday of the country’s reigning monarch, who also happens to be Supreme Governor of the Church of England, the country’s established church, the Daily Telegraph published a letter from these same fifty-five humanists under the headline: ‘David Cameron fosters division by calling Britain a “Christian country”’

We respect the Prime Minister’s right to his religious beliefs… However, we object to his characterisation of Britain as a “Christian country” and the negative consequences for politics and society that this engenders.

Apart from in the narrow constitutional sense that we continue to have an established Church, Britain is not a “Christian country”. Repeated surveys, polls and studies show that most of us as individuals are not Christians in our beliefs or our religious identities… We are a plural society with citizens with a range of perspectives, and we are a largely non-religious society.

Constantly to claim otherwise fosters alienation and division in our society. Although it is right to recognise the contribution made by many Christians to social actions… to exceptionalise their contribution when it is equalled by British people of different beliefs… needlessly fuels enervating sectarian debates that are by and large absent from the lives of most British people, who do not want religions or religious identities to be actively prioritised by their elected government.

There are several striking things about this letter. One is that, with the exception of just one of its fifty-five signatories, all are avowed supporters of the British Humanist Association (BHA). This is a national charity established in 1896 which describes itself on its website as:

In its lead front-page story about the letter, instead of describing the signatories of the letter as secular humanists, the Telegraph chose to describe them as ‘an alliance of writers, scientists, philosophers and politicians’. The only signatory to the letter whose humanist filiation was mentioned was the BHA’s current president, the Iraqi-born physicist Professor Jim Al-Khalili who was reported as having said of it:

We wrote this letter as a result not just of one recent speech and article, but of a disturbing trend. Politicians have been speaking of our country as a “Christian country” with increasing frequency. Not only is this inaccurate, I think it’s a wrong thing to do in a time when we need to be building a strong shared identity in an increasingly plural and non-religious society.

Despite the fact that all of the other letter’s signatories were supporters of the BHA, the newspaper that carried their letter made no mention of their common humanist affiliation. Nor did the rest of the mainstream British media in reporting it, including the still very influential British Broadcasting Corporation. (Acknowledgements to Ulster Unionist politician, Nelson McCausland for pointing this out.)

Why should this omission matter?

It matters because, by not including this fact about its authors, the letter and media reports about it suggest that its signatories represent a wide range of the country’s non-Christian populace which they do not.

While it is certainly true that, in recent times, the percentage of Britain’s population who identify themselves as religious, let alone as regular church-going Christians, has been in decline, it still remains the case that the overwhelming majority of Britain’s population remain religiously identified and that, of those who do, the vast majority identify themselves as Christian.

The suggestion of the letter’s signatories that, in terms of demography, Britain can no longer be considered a Christian country is palpably false. That Britain has become a non-religious country in terms of the affiliations of its inhabitants is even more palpably untrue. Indeed, for what it is worth, of the total population of England and Wales of 56 million according to the 2011 Census, just under 33 million identified themselves as Christian and only 15,067 as Humanist.

To gain some sense of proportion as to how truly tiny is the number of self-identifying humanists in England and Wales, one needs to set that figure of just over 15,000 against the 176,000 plus who identified their religious affiliation in the 2011 Census as that of Jedi Knight.

It would seem, mercifully, that in Britain Stars Wars trumps Culture Wars in terms of the population’s preoccupations.

The fact is that it is the British Humanists Association which is the divisive minority element in British society today, not moderate Christians like David Cameron who form the overwhelming majority of the country’s population.

The BHA and its close counter-part, the National Secular Society, campaign for the total evisceration of religion from Britain’s public life. Increasingly, Christians and other religious groups are being denied freedom of expression and association in Britain in the name of a secularism that is as intolerant and divisive as it is effective in passing itself off as only calling for equality and inclusion rather than a cultural and political makeover that would see Britain turned into an atheist’s playground in which it is un-believers who are increasingly calling all the shots.

One area in which they have been setting the pace is over the issue of gay marriage where, notwithstanding his avowed Christian predilections, David Cameron led the campaign to introduce it in law. David Cameron so offended many traditional Conservative voters many believe that, faced as he is with a drubbing at the hands of UKIP in the European Parliament elections next month and with a general election the following year, the Prime Minister has belatedly rediscovered his Christian faith in an attempt to woo them back.

It is extremely unlikely this tactic will work which is not to say that the substance of the Prime Minister’s claims about Britain’s being a Christian country are not sound. Britain remains one and it is good that it does because of the benign and tolerant values long associated with the various forms of Christianity most closely associated with it. Mercifully, what the Cambridge University political scientist Sir Ernest Barker observed of England in 1927 in a lecture entitled ‘Christianity and Nationality’ still holds true of Britain – just about:

[A] nation which draws into itself continuously, and not merely in its first beginnings, the inspiration of a religious faith and a religious purpose will increase its own vitality… Our own nation… has been inspired by a not ignoble notion of national duty to aid the oppressed… and it has been most characteristically national when it has most felt such inspiration… We offend against the essence of the [English] nation if we emphasise its secularity, or regard it as merely an earthly unit for earthly purposes. Its tradition began its life at the breast of Christianity; and its development in time, through the centuries… has not been utterly way from its nursing mother… [I]n England our national tradition has been opposed to the idea of a merely secular society for secular purposes standing over against a separate religious society for religious purposes. Our practice has been in the main that of the single society, which if national is also religious, making public profession of Christianity in its solemn acts, and recognising religious instruction as part of its scheme of education…

It is because Britain’s religious minorities are so well aware that they are safe to practice and inculcate their faith in their children that they have rallied to the defence of David Cameron against the spurious charges of divisiveness levelled against him by the humanists who wrote Monday’s letter. As even that bastion of militant secularism, the BBC was obliged to acknowledge following the reaction to publication of Monday’s letter:

Religious groups have backed Prime Minister David Cameron’s assertion Britain is “a Christian country”. The Hindu Council UK said it was “very comfortable” with the description. The Muslim Council of Britain said the UK was a largely Christian country.

The only reason why Britain’s 300,000-strong Jewish community was not reported as supporting David Cameron is because publication of the letter which criticised him for calling Britain a Christian country coincided with the concluding days of the festival of Passover on which Jews are forbidden from writing or taking to the air-waves. However, that Britain’s Jews have long cherished it being a Christian country goes back to the time they were readmitted there during the Protectorate of Oliver Cromwell. As was observed by a former British Conservative Prime Minister in the House of Commons, albeit before he assumed that office and when he chose to defy his party’s line to support the admission to Parliament of elected Jewish representatives:

What possible object can the Jew have to oppose the Christian Church? Is it not the first business of the Christian Church to make the population whose minds she attempts to form, and whose morals she seeks to guide, acquainted with the history of the Jews? Has not the Church of Christ—the Christian Church, whether Roman Catholic or Protestant—made the history of the Jews the most celebrated history in the world? On every sacred day, you read to the people the exploits of Jewish heroes, the proofs of Jewish devotion, the brilliant annals of past Jewish magnificence. The Christian Church has covered every kingdom with sacred buildings, and over every altar… we find the tables of the Jewish law. Every Sunday—every Lord’s day—if you wish to express feelings of praise and thanksgiving to the Most High, or if you wish to find expressions of solace in grief, you find both in the words of the Jewish poets. It is in the Christian Church… that you must… behold that divine corporation which teaches to all the nations of the civilised world the sublime morality, the beautiful and devotional poetry of the Jew, and the true faith he professes. And I cannot but believe that a man owning all the traditions, all the habits, all the laws of a Jew—a man who wishes to maintain inviolate the religious institutions in every country in which he lives—must ever look upon the Catholic Church, whatever may be its form, with no other feelings than those of the deepest interest, and, as I think, with those of reverent affection.

Who was the former British Conservative Prime Minister who uttered these words?

None other than Benjamin Disraeli, born a Jew but whose father underwent conversion to Christianity along with wife and children when Benjamin was a child but whose Jewish provenance Benjamin never renounced and always remained fiercely proud of. This father of one-nation Conservatism should serve as a permanent reminder to how tolerant and liberal Britain’s form of Christianity has long been, and why all its religious minorities should prefer it to the secular utopia being held out on offer by that small coterie of secular humanists who are as divisive in their aspirations as they are mendacious in their claims.

If we ask what was the greater source of violence in the 20th century, secularism has to trump religion every time.

The goods of human dignity, human rights, and human liberty can be secured only by a transcendent source and an ontological grounding.