A seemingly esoteric academic debate bursts forth in the Book Review of the Sunday New York Times that ought to turn us to the most significant political books of our times. The war between the West and East Coast Straussians, academics (and political players such as Bill Kristol) who have been influenced by the political philosopher Leo Strauss,  involves no mere battle of the books but bears political consequences as well. His books and their interpretation and application are required reading for their wisdom about free and civilized societies. Strauss’s work encompasses grand themes of the West, including ancients and moderns, reason and revelation, natural right and history, and philosophy and poetry (in its root sense of creation). But in all this was saving the West Strauss’s intention? Was he instead a Machiavellian? A Nietzschean?[i]

Reviewer Steven Smith, a Straussian political theorist at Yale, explains the importance of what looked to be a mere nasty academic spat:

The West Coasters have created a synthesis of Strauss’s defense of the classical doctrine of natural right — the view that there is a single immutable standard of justice — with the wisdom of the American founding fathers, supplemented by Lincoln and Churchill (recently names like Calvin Coolidge and Clarence Thomas have been added to the list). Contra Strauss [emphasis added], the West Coasters have developed their own theory of American exceptionalism, arguing that the framers uniquely combined features of classical prudence with biblical morality.

Despite Smith’s clarity and apparent fairness, he, an admitted “East Coaster,” stacks the deck against West Coast founder Harry V. Jaffa (link no longer available), author of Crisis of the Strauss Divided, and his allies such as Hillsdale’s Larry Arnn and Thomas G. West, Ashland’s Peter Schramm, and Claremont Review editor Charles Kesler, with his “Contra Strauss.”[ii] Might Jaffa’s project not be “against Strauss” but rather an affirmation of his purpose, as the necessary outcome of a thinking American citizen who understands Strauss and the classical best regime?

Smith takes “Strauss’s special combination of philosophical radicalism and political moderation” to cut against both Jaffa and East Coast representative Laurence Lampert. But in doing so Smith exposes the weakness of East Coast Straussians: for many of them “political moderation” means purgation of political passions and political relevance. Morality (and religion) become strictly utilitarian means for carrying on the only worthy activity of life—the pleasure of philosophizing. With Lampert exemplifying an extreme example of Strauss’s warning of “unmanly contempt for politics,” Smith focuses on Jaffa. “Jaffa’s peculiar genius — and I use that word advisedly — was to apply Strauss’s understanding of political philosophy as the study of high statesmanship to the theory and practice of American politics.” 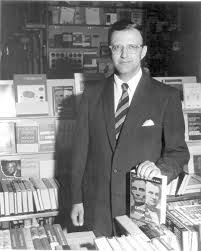 Jaffa’s achievement was to revolutionize the serious study of American politics and political history and as well to goad American conservatism into an examination of founding principles. Not just as a Barry Goldwater speechwriter (“Extremism in the defense of liberty is no vice….”), Jaffa may be credited with being the intellectual grandfather of the Tea Party movement.

Similarly, in arguing that “Far more than most conservatives, [Jaffa] insisted that the principle of equality is the cornerstone of the American republic.” Smith does not recognize Jaffa’s true radicalism, which takes a leftist adage, equality, and shows how that shibboleth, properly understood, is the one and only underlying principle of America—portraying human nature as an in-between condition under gods and over beasts. No one else, and certainly no conservative, makes such a claim. In A New Birth of Freedom, Jaffa’s sequel to the Smith-noted Crisis of the House Divided, he again takes a term touted mostly by the left, the social contract, and tries to restore it to its original meaning, one that restricts government power in the name of natural rights.

In asserting that Jaffa’s attacks, such as those on the resplendent Straussian Thomas Pangle, “far exceed the issues at stake,” Smith is saying West Coast Straussianism should not exist. What triggered Jaffa’s polemical response to Pangle, for one, was a series of talks and exchanges Pangle gave in Claremont, in April, 1982, which included his declaration (which he repeated in other venues) that “Socrates didn’t give a [hoot] about Athens.” Anyone with any sense of patriotism or morality who heard this statement and the argument leading up to it was obligated to attack it and its implications for America and its principles.[iii]

Such polemics led Peter Lawler, in his response to Smith’s review, to remark, Xenophontically, that “Jaffa spent parts of his life playing the extremist in defense of liberty, but he always seemed to me less nutty than some thought.” Taking a cue from Smith’s reference to philosophy versus poetry in Strauss’s thought, Lawler also observes “Jaffa … even displayed honest/tricky Abe as America’s greatest poet.”

Smith dwells on Lampert’s study of Seth Benardete, a scholar “who was often said to be Strauss’s greatest protégé. He was a brilliant, original and deeply obscure classicist who published a string of translations and commentaries on Homer, Herodotus, Plato and the Greek tragedians.”[iv] Is Benardete properly following Strauss in his own poetry of turning Homer into a philosopher—a writer who created a new world?

In withdrawing his essay on Aristotle from the Leo Strauss and Joseph Cropsey edited, History of Political Philosophy,Jaffa argued that essays on Shakespeare, Lincoln, and Churchill should be included in a new edition. Political philosophy should embrace philosophy as understood as the quest for knowing nature, but it should also include statesmanship in service of philosophy, and poetry in service of philosophy as well.[v] The “political moderation” that Steven Smith wants to take from Strauss in fact calls for severe duties requiring  philosophy, statesmanship, and poetry. Jaffa is tough on his friends, because they ought to know better, and they are needed in the fights to come.

[i] For a quick examination of Straussians and libertarians, see my review of a Straussian natural right fight club.

[ii] See James Ceaser’s amusing observations on his own somewhat more granular Straussian geography in, I believe, this essay and other variants

[iii] I will soon post my recently uncovered contemporaneous notes on one of Pangle’s talks. Subscribers may access the three essays reprinted in Crisis of the Strauss Divided that originally appeared in the Claremont Review of Books (of which I was then editor)—Jaffa’s review of Pangle’s edited volume of Strauss’s writings, Studies in Platonic Political Philosophy,in the Fall, 1984 issue (link no longer available), followed by a response by Pangle and follow-up by Jaffa in the Spring, 1985 issue (link no longer available).

[iv] Having been a devoted but inferior student of both Jaffa and Benardete, and as well a bewildered undergraduate one of Strauss, I have the distinction of having squandered more chances for education than virtually anyone of my generation.

[v] Many of Jaffa’s polemical pieces, as well as his scholarly ones, such as this one on Aristotle and Locke (link no longer available), appear on the Claremont Institute website.  Here it is (link no longer available). Jaffa, now approaching 95, is slated to make an appearance at the American Political Science Association meetings, this coming weekend, Aug. 29-Sept. 1, Chicago.  Scroll down to Claremont Institute, and note the panel on his boyhood friend and fellow Straussian  Joseph Cropsey. Liberty Fund has a video of him being interviewed by a former student, Dr. Edward Erler.

A Bridge Too Far: Reverse Incorporation

Dave Chappelle and the Woke Conscience

His comedy points out that liberalism, which once respected human equality and difference, now imposes rapidly changing woke dogma in its place.