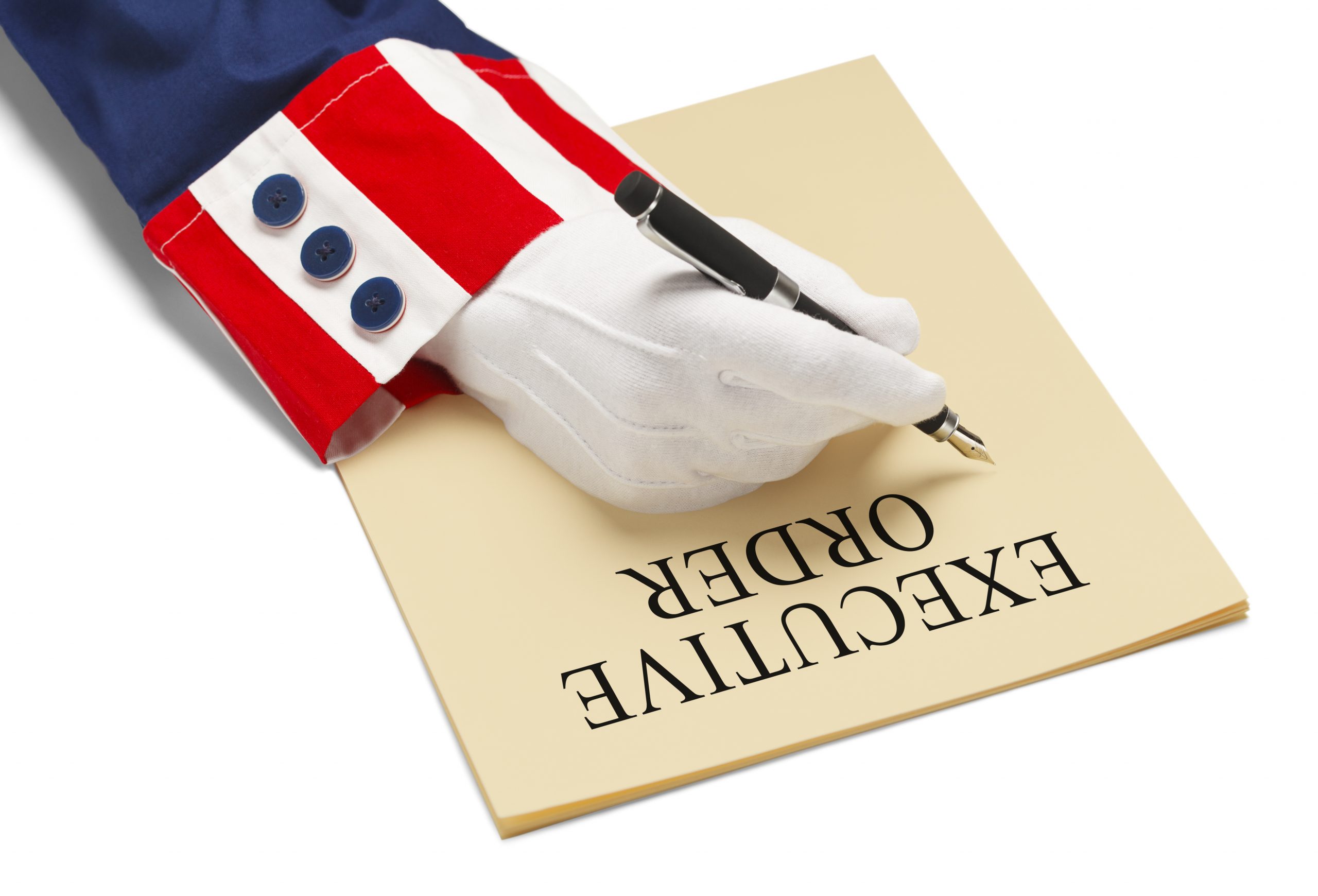 Going back to the tumultuous reign of Abraham Lincoln, political scientists have long been fascinated with the “Imperial Presidency,” and this interest was heightened further by the executive overreach that characterized the administration of Barack Obama. Some scholars contend that the modern presidency has morphed into a de facto monarchy, wielding power far in excess of what the Framers contemplated in Article II of the Constitution.

But that is only part of the problem. The republican form of government envisioned by the Founding Fathers rested on several essential principles that—unfortunately—became highly attenuated during the 20th century, including robust state sovereignty (federalism), the separation of powers, and the checks and balances inhering in each branch jealously guarding its power from “encroachments” by another. As James Madison memorably stated in Federalist 51, in order to keep the branches in check, “ambition must be made to counteract ambition.” It turns out that all three branches have been overly ambitious—some more than others.

The precise interplay among the three branches of the federal government varies over time, depending on who occupies the White House, the composition of Congress, and the existence of domestic or foreign “crises” demanding government action. Over the past century, however, roughly corresponding with the United States’ entry into World War I and the advent of the Progressive Era, one thing has remained constant: the federal government has consistently grown—in absolute terms and as a percentage of the Gross National Product.

Conversely, during the same period, the standing of the states vis-à-vis the federal government has consistently declined. As a result, the federal government has become a swollen behemoth dwarfing the states—a Leviathan. The sprawling, gargantuan federal bureaucracy barely resembles the structure created at the Philadelphia Convention in 1787. It is hardly surprising that the chief executive of our overgrown national government exercises vast powers, often described as “imperial.” Indeed, the entire regime is “imperial.”

A variety of circumstances contributed to this phenomenon: rapid population growth; ratification of the Sixteenth Amendment (authorizing the federal income tax) and Seventeenth Amendment (replacing the appointment of U.S. senators by state legislatures with popular election); the rise of Progressivism as an ideology; expansion of suffrage; increasing industrialization and urbanization; the influence of organized labor; fluctuating economic conditions; military conflicts and the demands of world leadership; and, ultimately, the triumph of the New Deal and the sweeping constitutional changes that enabled FDR’s alphabet soup of federal agencies and programs. And many other factors, continuing to the present.

Whatever the impetus, the Framers’ original constitutional design was rent asunder when: the U.S. Supreme Court granted Congress unlimited authority to regulate even wholly intrastate commerce in Wickard v. Filburn[1], and greatly diminished state authority through expansive (and dubious) interpretations of the Due Process and Equal Protection clauses of the Fourteenth Amendment; Congress gradually delegated its lawmaking authority to executive branch administrative agencies, most notably with the Administrative Procedure Act of 1946[2]; and the Supreme Court inexplicably abdicated judicial review of agency interpretations and decisions.[3]  As a consequence, administrative agencies now combine the powers of all three branches of government, without checks or balances.

Thus was born the modern administrative state, with the President at the helm, an innovative arrangement that has begun to attract skeptical attention from legal scholars such as Columbia law professor Philip Hamburger, whose influential 2014 book asked, Is Administrative Law Unlawful?

With this background, the latest scholarly examination of executive power, The Imperial Presidency and the Constitution, emerges from a 2015 conference hosted by the American Enterprise Institute. The book, coedited by AEI’s Gary Schmitt, and Claremont McKenna’s Joseph M. Bessette and Andrew E. Busch, collects seven essays by a variety of prominent experts, including Ralph Rossum, James Ceaser, and Adam White.

White describes the historical evolution of cabinet departments overseen directly by the President to early “independent” regulatory commissions (such as the Steamboat Inspection Service, the Interstate Commerce Commission, and the Federal Trade Commission), to the “energetic” executive branch agencies we are most familiar with today. Surprisingly, the major shift in the power and scope of federal agencies—made possible by Congress’ broad delegation of power to them—occurred not during the New Deal, but during a Republican presidency, that of Richard Nixon, and that power and scope continued to wax under succeeding administrations (both liberal and conservative).

In one of the ironies of history, White depicts then-professor Antonin Scalia advocating, in 1981, that administrative agencies flex their muscle to (in White’s words) “pursue Reaganite ends by Rooseveltian means.” The Chevron doctrine was part of the Reagan administration’s reassertion of presidential power over the administrative state—to prevent excessive interference by liberal judges on the D.C. Circuit. As they say, be careful what you wish for, because you might get it. Alas, the presidency changes hands, and with it the awesome power over the myriad regulatory agencies. The concentration of executive control over the administrative state increased during the administrations of Bill Clinton and George W. Bush, creating a “perfect storm” for abuse by the Obama administration, which White summarizes.

How can this be fixed? White candidly acknowledges that the “most straightforward way to reduce the administrative state’s power would be for Congress to do the work of taking delegated powers away from the agencies,” but concludes that this is very unlikely. Congress surrendered its regulatory power precisely to avoid accountability for the resulting regulations. Reclaiming its lawmaking prerogatives would require hard work, eating into congressional recesses and limiting opportunities for fundraising and campaigning for re-election. Congress is content with the status quo.

Fortunately, in recent years the Supreme Court has been rethinking the proper degree of deference to agencies’ interpretations of their own regulations. It is encouraging to see conservative scholars confront the reality of the administrative state and Republican Presidents’ role in creating it. White concludes:

The other contributors to the book offer little hope for a solution. Andrew Rudalevige bemoans an “invisible Congress,” the opposite of what Madison predicted in Federalist 48 and 49. Nature abhors a vacuum, and the executive branch has eagerly filled the space left by Congress’ indecision and inaction.

Professor Rossum points out that the Supreme Court can serve as a backstop for executive overreach. In fact, the Court struck down Obama’s unlawful assertions of power on 40 occasions, often unanimously.  While this type of case-by-case judicial review can serve as a check on a lawless executive, it does not constitute an adequate institutional reform of the administrative state.

Taming the “imperial presidency” will necessitate a return to the constitutional structure designed by the Framers. This will require constraining the federal Leviathan, resuscitating the states, curbing Congress’ commerce clause power, and drastically revising the current “Fourth Branch” of the federal government—the unaccountable bureaucrats who now spew endless quantities of incomprehensible diktats in the Code of Federal Regulations. It has become clear how foolish it was for Congress and the courts to entrust so much power to the executive.

In Federalist 47, Madison stated that “The accumulation of all powers, legislative, executive, and judiciary, in the same hands . . . may justly be pronounced the very definition of tyranny.” This is the evil of the administrative state. Correcting it is the issue of our time.

Original Methods Originalism Part II: The Convergence Thesis and the Language of the Law Thesis