Cass Sunstein recently published two short essays-here and here-on the current political struggles between “tea-party” conservatives and progressives. In the first essay, Sunstein attempts to link our current political fracturing with the famous standoff between Whittaker Chambers and Alger Hiss.  His second essay, which compares Whittaker Chambers and Ayn Rand’s divergent philosophies and then links their disagreements to various tendencies within present-day conservatism, is much better. My own thoughts on this precise question of Chambers, Rand, and conservatism are here. 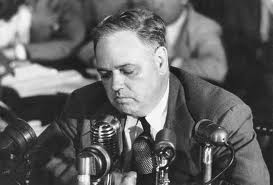 The first essay argues that the titanic struggle between Whittaker Chambers and Alger Hiss that culminated with Hiss’s federal conviction for perjury in 1950 (re: lying about espionage engaged in on behalf of the Soviet Union) is the foundational split between conservatives and liberals in America. Moreover, Sunstein argues that the ‘paranoid style’ both camps evince toward one another, but mostly conservative intransigence to progressives, is best understood through the Chambers-Hiss episode. This seems a bridge too far in my judgment. Moreover, it’s a card that’s been played: queue Sam Tanenhaus.

Sunstein’s real point, though, is to root conservative advocacy in a unique historical episode that conservatives can’t let go of. The Hiss-Chambers affair was an exceptional moment in American political history. Conservatives, cough Ted Cruz, cough Rand Paul, can’t let go of its spirit of paranoia, outrage, and anger at progressives. They have, if only unconsciously, breathed in its sharper edges, and seek to wield this against their contemporary traitorous foes. Thus, their contemporary advocacy is really a dance of whirling dervishes unable to speak coherently to reality.

Now there is some link between the tea party and the nascent conservative movement that squared off with progressives during the Hiss trial. But this is a broad connection, and to make it is to say very little. Yes, American conservatives had a Carl Schmitt moment, they realized they were a force. More significantly, they realized who the ‘other’ was and committed their newly defined movement to victory. For a comprehensive analysis, see George Nash‘s classic account.

In my introductory book to Chambers’s writings, I noted that given Chambers’s experiences with the dramatic attempt to protect Hiss by all manner of political, academic, and legal elites, and the simultaneous attempt to destroy Chambers, which succeeded in part, that both Chambers and his supporters really had a point in being somewhat paranoid. It’s worth noting that on the day of Hiss’ sentencing Secretary of State Dean Acheson read from the Gospel of Matthew’s 25th chapter “For I was hungered, and you gave me meat . . .” to support his judgment that he “did not intend to turn his back on Hiss.” Acheson had worked with Hiss and was his friend, and like many others, he was blind to the crimes Hiss had committed against his own country. Chambers, at great personal cost, had merely documented, based on personal experience, that persons serving in various capacities in the federal government were Soviet conspirators. For this, he was vilified.

Sunstein notes that Chambers wrongly equated New Dealers with communism. Just like those tea partiers who wrongly equate Obama’s policies with communism. But Chambers’ charge that good New Dealers couldn’t see Hiss as a communist because they basically shared the same mind and views of the progressive transformation of America was truer than most progressives cared to admit. Chambers was not charging that they were communists but that theoretical lines between modern progressivism and communism weren’t so clear cut. Where, after all, does progressivism draw its principled line between government control and individual freedom? This problem is evident in Woodrow Wilson’s writings as much as it is in many of FDR’s speeches. On this score, Chambers’s observation was also provocatively made by Alexander Solzhenitsyn in his powerful Harvard Address of 1978. Solzhenitsyn argued that the trajectory of modern rationalism found on the Left easily led to the more extreme forms of materialism and rationalism that promised the human will the ability to perfect existence. So liberalism gives way to radicalism, radicalism folds into socialism, and socialism becomes communism. If nothing is higher than the human will, then what will finally limit it?

And this is the real spirit of Chambers that conservatives of all stripes should remain in conversation with. Humility must ultimately be grounded in the knowledge that man is not God. Failing to understand this leads to what Chambers, following Henri de Lubac, observed as man organizing the world against man.

So choosing the Chambers-Hiss affair as the lens for understanding the Ted Cruz led debacle to defund Obamacare obviously confuses separate historical events and conflicts. Also evident in these types of pieces is the refusal of progressives to confront themselves, that is, to understand where the literally death-dealing rhetoric progressives directed against Bush II, among other conservative politicians, comes from. Perhaps this species of violent progressive talk begins with FDR’s 1944 State of the Union Address equating Republicans with fascists:

One of the great American industrialists of our day — a man who has rendered yeoman service to his country in this crisis — recently emphasized the grave dangers of “rightist reaction” in this Nation. Any clear-thinking business men share that (his) concern. Indeed, if such reaction should develop — if history were to repeat itself and we were to return to the so-called “normalcy” of the 1920’s — then it is certain that even though we shall have conquered our enemies on the battlefields abroad, we shall have yielded to the spirit of fascism here at home.

Politics is war, compromise with the conservatives is unthinkable. Isn’t that what FDR is arguing?

Besides, the tea-party movement isn’t really motivated by a purist libertarian spirit or a desire to find the “Lost Constitution” and repeal the New Deal. Its goals are rather more pedestrian and middle class: preserve crucial space for Americans to live their lives apart from the government, and where entitlements are unavoidable, then structure them in a way that is far more in tune with market principles, efficiency, and choice. I could go on.

So Obama is no socialist, but he surely fails to understand the genius of American institutions, Liberty. In the final analysis, that is what opposition to his policies is all about.

What is to be Done with Lenin’s Remains?

Justice Scalia’s Conservatism Does Not Detract from His Originalism

The ideas of Justice Scalia remain at the center of constitutional discourse even after his death.

From a Parliament to Proconsuls