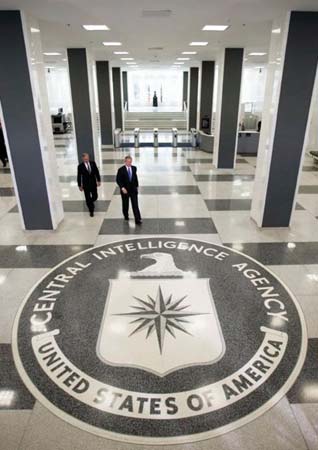 I used to think I wanted the job security of the tenured professor but now I think what I really want is to run the CIA. Nothing, but nothing, gets those guys fired. John Brennan, for one, has retained his position after presiding over a formal, frontal assault on a coordinate branch of government. He has kept it after further mocking the principle of the separation of powers by redacting a Senate report on CIA interrogation practices so thoroughly that even already public material is blotted out.

The problem is not Brennan himself so much as a certain conception of national security that protects him in the aftermath of CIA operatives’ raiding of computers belonging to the Senate Select Committee on Intelligence, and confirmation of that act. Supposedly Brennan’s competence, indeed indispensability—the safety he is purported to provide the nation—trumps the principles for whose violation he is responsible.

Consider White House spokesman Josh Earnest, responding to a question on the revelations the day they were confirmed:

As I mentioned, Director Brennan has done what is necessary to get to the bottom of what exactly happened. . . . That’s the kind of proactive leadership that the President would expect from somebody who has an important job like running the CIA. And it in no way impacts any judgment on John Brennan’s strong record of making the kinds of difficult decisions that are necessary to keep the American public safe.

Note that “in no way.” The question of Brennan’s commitment to the separation of powers and his capacity for “keep[ing] the American public safe” are distinct issues—which, in fairness, is probably not precisely what Earnest meant to say. What he very much did mean to say, however, is that safety trumps other considerations.

The question of what, precisely, we are keeping safe is unavoidable. There is always a prudential balance to be struck between security and principle, but a polity, especially one constituted like the United States, cannot be understood wholly apart from the ideals it espouses, and the separation of powers is central to those ideals’ guarantee.

Even the premise of John Owen Brennan’s being the sine qua non of preventing harm to the United States requires several questionable steps. One is that there is anyone who could be said to be truly indispensable. The second is that if anyone did fit that description, it would be someone whose management capacities accommodated, without his knowledge, midlevel technical functionaries mounting a computer assault on the United States Senate.

But granting arguendo that Brennan is the irreplaceable man and that his termination would involve some cost in safety, the real problem is assuming that the defense of principle, even a constitutional principle as foundational as the separation of powers, is not worth taking even such a calibrated risk.

This way of thinking is exactly what President Obama rejected in closing the CIA’s interrogation program to begin with. The program, he said at a recent press conference, involved doing “some things that were contrary to our values.” Presumably he meant that there are some things we do not do regardless of the prospect of their enhancing our safety. The separation of powers is one of these values, too, and the reality is that, thankfully, we take risks for principle all the time.

One might even say the whole anti-terrorism enterprise is one. We are fond of saying that troops engaged in anti-terrorism efforts are “fighting for our freedom.” This phrase involves all manner of difficulties, but defending the separation of powers might actually be close to the genuine article. No constitutional principle was more important to the Framers—not the Bill of Rights, not judicial review, none. If the CIA director’s job is “keeping us safe,” and if the “us” involved is a people dedicated to certain constitutional principles, he has failed in that job already.

Brennan’s CIA has taken an equally hostile, if silly, posture toward the separation of powers with respect to the Senate Select Committee on Intelligence’s report on interrogation, which appears to have concluded that the agency’s use of torture was ineffective. It is not wholly inconceivable that its efforts to protect sources and methods are also—cover the children’s ears—being used to conceal this conclusion. Some of the redactions go so far as to mask information that the administration had already cleared for release in a Senate Armed Services Committee report that has been public since 2009.

Brennan’s boss, James Clapper—he who lied to Congress about the NSA and who also retains an apparently tenured position as Director of National Intelligence—says 85 percent of the report has been cleared for release. But this is meaningless without knowing of what the 15 percent consists. The conclusions? The evidence? The verbs?

There is a history of the CIA insulating itself not just from criticism but also from evidence that competes with its conclusions, which may be one reason agency analysts were convinced, right up until the sledgehammers broadsided the Berlin Wall, of the absurd idea that the East German economy was larger than its West German counterpart.

That is why the Senate’s report on interrogation techniques, while painful, would actually serve the CIA’s long-term interests. It could be a learning experience that makes the agency smarter—and that engenders the public’s good will, and the benefit of the doubt given that our intelligence agencies operate in unknown terrain under extraordinary pressure to prevent another attack. It is choosing instead to batten its hatches.

The larger point is that it is not up to the CIA whether to submit to accountability or not. In entering its defensive crouch, the agency again insults the principle of separation of powers, using the secrecy that is Executive Branch prerogative to suppress the oversight and accountability that are the province of the legislature. Its doing so in antic fashion only adds to the insult.

It is behaving this way under Brennan’s leadership. Brennan is thus responsible for the affront to the principle of the separation of powers, and that, in and of itself, is the case for him to go. To be sure, the exit of one official—even so allegedly crucial a one—would not restore constitutional balance in one fell swoop. But it would be a symbolic blow, and in a republic, especially a constitutionally challenged one, symbols matter. Part of Brennan’s job is being such a symbol, and one of his responsibilities may therefore be laying those responsibilities down.

Return to the Barbaric

The Mistakes of Chevron and a Separation of Powers Fallacy