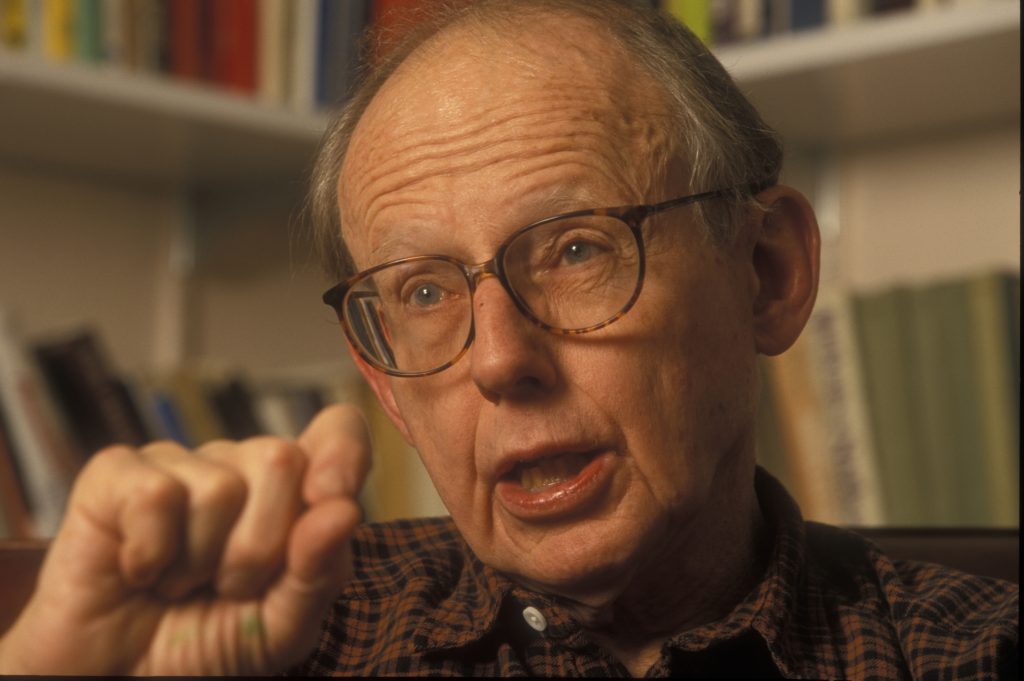 The late political scientist Samuel Huntington’s famous book The Clash of Civilizations (1996) argued that culture, not economics or ideology, was the key to understanding world affairs after the Cold War’s end. Different civilizations, he argued—he identified nine, including the Western, Orthodox, Islamic, Sinic, and Hindu—with different histories, religions, and values, were now reasserting themselves after a brief period of quiescence. These different civilizations would inevitably clash with one another and with liberalism, an ideology that presumed itself universal, but which was actually the product of one of those civilizations, the Western. To expect non-Western civilizations to reject their own cultures and adopt liberalism wholesale, he argued, was folly.

The book received a great deal of criticism. It was condemned as “essentialist”—as failing to recognize that civilizations are not sealed off from one another and typically reflect foreign as well as domestic influences. Critics also thought they detected a condescension in Huntington’s views. Was he suggesting that non-Western cultures were uncivilized? Finally, some critics refused to accept that liberalism was anything other than a self-evidently superior way of organizing society that all cultures would inevitably adopt.

But events have proved Huntington right. One cannot look at the world today and assert that Western liberalism is triumphing over alternative world views. (As I have argued elsewhere, it may not even be triumphing at home.) The criticisms were misguided. True, cultures reflect diverse influences, and countries sometimes straddle competing civilizations; but useful generalizations are still possible.  Nor was there anything condescending in Huntington’s work. To say that cultures differ from one another in fundamental ways is not to demean any of them. In fact, accepting that others don’t necessarily think the way we do, and don’t necessarily want their societies to look just like ours, is a mark of respect.

I thought a great deal about Huntington at a conference I helped organize last month in Trento, Italy, on tradition in American and Russian thought. Cosponsored by the Tradition Project at the St. John’s Center for Law and Religion, the Postsecular Conflicts Project at the University of Innsbruck, and Center for Religious Studies at the Fondazione Bruno Kessler, the conference brought together American, European, and Russian commentators to discuss the use of tradition in law and politics in the two countries. Given the way that Russo-American relations have dominated world politics lately, it seemed an important topic.

Tradition is an exceptionally complicated concept and the participants in the conference expressed a variety of views. The Russian scholars, in particular, disagreed among themselves about precisely what is going on in their country right now (more on this in a bit). But, for me at least, the conference confirmed the basic correctness of Huntington’s insights. People disposed to favor tradition in Russia and America often understand the concept very differently.

Consider religious freedom. For the past several years, Russian church and government officials have argued strenuously that cultural traditions can legitimately limit the exercise of religion. Both Patriarch Kirill of the Russian Orthodox Church and President Putin have argued that cultural traditions deserve respect because they reflect eternal truths and embody a people’s morality. Because traditions have a moral character, states can legitimately act to protect them from outside forces. States can, for example, legitimately limit proselytism by new religious groups that threaten to undermine traditional religious communities and values. This attitude is behind a ban Russia recently imposed on the activities of the Jehovah’s Witnesses, a ban the country’s Supreme Court sustained.

Some American traditionalists have a similar understanding of the moral value of tradition. But most, it’s fair to say, do not. As a rule, American conservatives do not defend tradition on the basis of unchanging moral verities or the right of nations to defend their cultures from foreign threats. American traditionalism is more pragmatic and empirical. It honors traditions because they work, in the sense of promoting human flourishing. If a practice has lasted a long time, conservatives argue, we must presume it comports with good sense and social values.

Moreover, with its twin heritage of the Enlightenment and Evangelical Christianity—two anti-traditions that have become a kind of tradition—American traditionalism finds itself uncomfortable with the idea that society should restrict religious expression in the name of defending national culture. Early on in our history, the Enlightenment and Evangelical streams combined to prohibit a national religious establishment, and this has shaped American thought, including traditionalist thought, ever since. It is hard to imagine an American court, even a conservative court, allowing the government to ban a religious movement outright. Indeed, many of the landmark American Supreme Court cases upholding the right to religious expression involve the Jehovah’s Witnesses.

To be fair, some of the Russian scholars at the conference were skeptical about the resurgence of traditionalism in their country. They maintained that the new Russian traditionalism is phony, a political program only, and that the asserted clash in values with the West is manufactured. One participant, Sergei Chapnin, was quoted recently in The Atlantic as saying that the “traditional values” discourse in Russia is largely a way to “find an enemy” and “bolster the ‘anti-Western political rhetoric of the government.’”

As an outsider, it’s hard to evaluate these claims. But I’m skeptical the clash is entirely artificial. A recent Pew survey of 28,000 people in Central and Eastern Europe revealed that sizable majorities in these countries perceive a conflict between their traditions and Western viewpoints. About two-thirds of the respondents said their own culture was superior to the West’s. Perhaps public opinion is being manipulated, as critics suggest—but numbers like these are striking.

We plan to publish an online set of essays from the conference later this year. Meanwhile, for those who are interested, participant Rod Dreher has a detailed report about the conference on his blog at The American Conservative, here.

The Travel Ban at the Supreme Court

The Distinction Between Constitutional Law and Constitutive Traditions

The Value of Tradition in a Post-Enlightenment Age