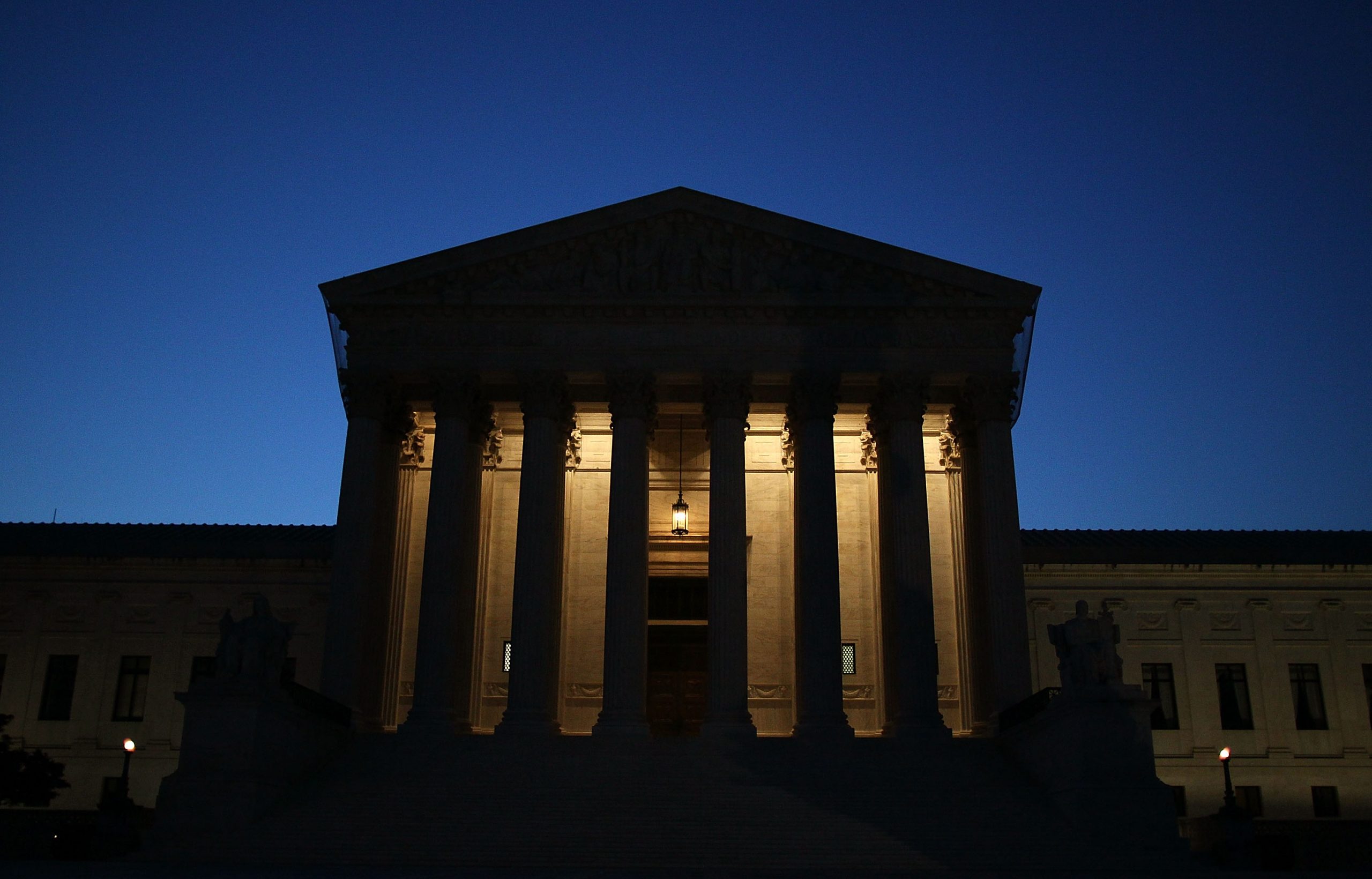 Print up a bunch of money, and the value of money is almost sure to decline. Make up a host of new rights and the value of rights is likely to plummet as well. As our modern experience demonstrates.

Simplifying, we might imagine three stages in the devaluation of rights. In stage one (which, like the “state of nature,” probably never quite existed), a right would be categorical. If you have a right to freedom of speech, say, this would mean that you can say whatever you want (at least within the scope of the right’s coverage) and the government cannot sanction or restrict you. Period. Justice Black sometimes talked as if freedom of speech were or should be an absolute right. The average lay person may sometimes think this is what a right means.

In reality, rights never could be absolute in this sense. But we might imagine that they could come tolerably close. Thus, it is common in American constitutional law to describe some rights as being subject to restriction only for a “compelling interest,” or something of that sort. And in some contexts, this formulation sometimes seems to mean, or at least might mean, or at least might once have meant, something like this: the government can overrule your right, but only if the security of the nation is in serious jeopardy, or rioting or insurrection are about to break out, or some similarly grave evil threatens. “Compelling” means, well, . . . compelling.

This would be stage two. Your right isn’t something you can act on “though the heavens fall,” but the justification for restriction must at least be somewhere in that general vicinity. Back when I was in law school, at least some people contemplated that freedom of speech was that kind of right. And decisions like Brandenburg v. Ohio, the Pentagon Papers case, and the various decisions in the Nazis in Skokie controversy seemed to give some support to this view.

Something like this meaning might conceivably be viable if rights were relatively limited in number. And at one time, the Supreme Court seemed determined to limit rights– or at least the rights that would be protected by the Fourteenth Amendment– to the really essential ones. Thus, a right would not be deemed incorporated in the Fourteenth Amendment unless it was necessary to “the very essence of a scheme of ordered liberty.” Even historically venerated rights like the right against double jeopardy didn’t satisfy this demanding standard.

This was a severe position, but it had a bracing integrity to it. I like the right against being tried twice for the same offense; I expect you do too. Once a jury has acquitted somebody, it seems fair that the exonerated person should not have to face further prosecution for the same alleged offense. Even so, can you imagine a “scheme of ordered liberty” that does not recognize this particular right? I can. So could the Justices. And so the double jeopardy right didn’t initially make it into the select company of rights that receive the most extensive constitutional protection.

Now suppose we relax our standards, and relax them again, and expand our thinking, and fine-tune our sensibilities and sensitivities, to the point that anything that any favored constituency really, really wants comes to be viewed as a “right.” In other words, we follow the path that the Warren Court– and, truth be told, the Burger Court, and to a significant extent the Rehnquist Court, and even in some respects the Roberts court– followed. Or we heed the prescriptions of political theorists and constitutional scholars to codify as “rights” all manner of privacy and dignitary and equality and self-fulfillment interests. Perhaps we use as a guide Martha Nussbaum’s list of essential human “capabilities” without which it is ostensibly impossible to be “truly” or “really human.” These would include things like the use of senses, imagination, and thought; bodily health; and bodily integrity (including “opportunities for sexual satisfaction”). Without “opportunities for sexual satisfaction,” your life is not “really human”; so surely you must have a right to such opportunities.

Under this impulse, rights would multiply like rabbits. But given some such vastly expanded inventory of rights, it will be impossible to give all of these rights stage two “compelling interest” protection. For one thing, government would thereby be effectively paralyzed, because just about anything government might do will run up against one of more of the newly articulated “rights.” For another, some of these diffuse rights are sure to conflict with others. For still another, government’s rights-oriented obligation now is not just to leave people alone in certain respects, but affirmatively to supply people with lots of desired things: and in a world of scarcity there is only so much that government can supply (or can mandate that employers, say, must supply).

And so we enter stage three. Now, to say that something is a right is basically to say that it should be taken into account, or given “weight,” in the balancing of competing interests that goes into the formulation and assessment of laws and government policies. Government should not infringe the “right”– unless, of course, there is some good reason to do so.

This deflationary conclusion is perhaps most evident in the “proportionality” approach used by courts in Europe, Israel, and elsewhere.   Citizens enjoy all of the numerous “rights” listed in various conventions and treaties. To say that something is a “right,” however, is only to say that government should not restrict it except to achieve an interest of proportional importance. But of course government should never restrict any interest except to achieve something of proportionate or greater value. So what difference does it really make, exactly, whether some interest is a “right” or not?

And indeed, some proponents of proportionality have drawn just this conclusion. Thus, NYU professor Matthias Kumm approvingly explains that

a rights-holder does not have very much in virtue of having a right. More specifically, the fact that a rights holder has a prima facie right does not imply that he holds a position that gives him any kind of priority over countervailing considerations of policy. An infringement of the scope of a right merely serves as a trigger to initiate an assessment of whether the infringement is justified.

(I have taken this quotation from an illuminating essay by Grant Huscroft, called “Proportionality and Pretense,” in the Spring 2014 issue of Constitutional Commentary.)

In the United States, courts do not follow the “proportionality” approach. Not exactly. But the ubiquitous “balancing” practiced by courts here seems not much different. And in any case a similar deflationary tendency is discernible.

Such deflation was starkly evident in the recent, much discussed Hobby Lobby case. On one side of the controversy was the right to religious freedom (albeit in this case that right was grounded in a statute, not in the First Amendment itself). On the other side was the interest– or “right,” if you like– of women to receive contraceptives free of charge (if, that is, they happen to work for a for-profit employer of more than 50 employees that does not have a “grandfathered” benefits plan).

An innocent observer– one transported forward, say, from stage two days when “compelling interest” meant something like the need to protect national security or civil peace– might have thought that the right to religious freedom, long revered, deeply entrenched in the American political tradition, would easily prevail in this conflict. Let us stipulate that women have an important interest in enjoying ready access to contraceptives. Even so, our observer might point out, for decades women have been satisfying this interest (imperfectly, to be sure, as all human interests are imperfectly satisfied) by purchasing contraceptives on their own, or obtaining insurance that covered contraceptives, or working with institutions like Planned Parenthood to obtain them. It was not until a couple of years ago that any legal requirement even existed compelling employers to provide this benefit. And even now most women will not be covered by the provision: the government’s policy itself deliberately leaves millions of women without the benefit. No doubt there are advantages to women in being able to obtain contraceptives free of charge: even so, how can this recently recognized and severely constricted interest possibly rise to the level of the “compelling interest” needed to overcome a long-established “right”?

So our observer might suppose. But he would be mistaken. Although four Justices declined to commit themselves on the issue, the other five Justices declared that the interest in access to contraceptives did count as a compelling interest sufficient to overcome the plaintiffs’ right to religious freedom. (To be sure, four of those Justices also didn’t think any right to religious freedom was substantially burdened in the case; but even if it were, the interest in access to contraceptives would outweigh that right.) Hobby Lobby prevailed only because Justice Kennedy believed the government could easily provide an alternative means by which contraceptive coverage could be afforded.

As of now, in sum, citizens have a right to religious freedom, but this right doesn’t count for much. The right can be overcome by a “compelling” interest, and “compelling” seems to mean something like “non-trivial.” Much of the brouhaha over the decision has centered, of course, on giving free exercise rights to corporations. But the “compelling interest” logic of these Justices would seemingly apply to individuals as well as to corporations like Hobby Lobby. And it would apply as well to a right to religious freedom grounded in the Constitution rather than in a statute. After all, constitutional free exercise rights have long been thought to be defeasible in the face of a “compelling interest.”

To be sure, other “rights” will no doubt be dealt with more respectfully by the courts. The right to abortion, for example, or the ever evolving right to marry. But that’s the point: what matters, in this stage three regime, is not so much whether one has a “right,” but whether that “right” is associated with an interest (or a constituency) that currently happens to enjoy the solicitude of the judges. And thus “rights” come to lose much of their value.

This seems to me a lamentable and even dangerous development. You may regret the proliferation of rights (as I do). You may doubt the wisdom or legitimacy of particular newly-declared rights (as I do). Even so, the historical development of a commitment to protection for certain essential “rights” has been a major achievement in the progress of law and liberty. Rights have been one of the important ways by which people have managed to direct and contain the necessary but potentially oppressive force of government. And the radical deflation of rights forfeits that hard-won achievement.

The Road to Lawlessness

Little Sisters, Don’t You Like What Your Big Sister Done?