In my first post on the unconstitutionality of the new marriage, I argued that the Due Process Clause, as originally understood, limited governmental power over children’s locomotion in at least one respect: the government must respect a presumption in favor of natural-parental trusteeship.  Children have a right to their mother and their father.  And by providing this presumption, the Due Process Clause protects this right. 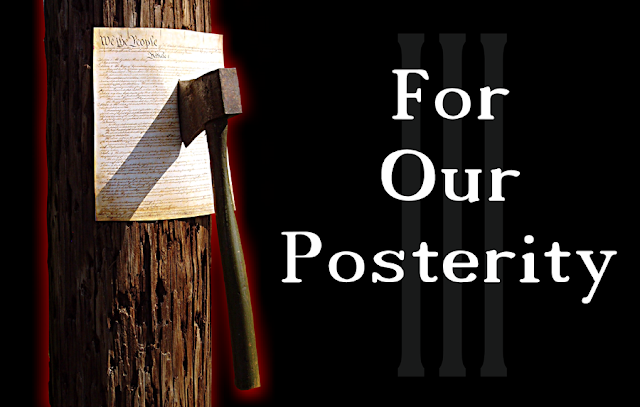 I mentioned that in a subsequent post, I would elaborate the way in which the new marriage unconstitutionally disregards this presumption.  While preparing this second post, Greg Weiner did me the honor of writing a thoughtful response to the first one.  In particular, Weiner (1) disputed the claim that the Due Process Clause establishes any such presumption, (2) questioned the way in which this presumption might affect gay couples, and (3) cautioned reading one’s policy proclivities into the Constitution.  I believe this post answers the second and third of his objections.  In a subsequent post, I hope to elaborate the originalist evidence indicating the incorporation of this presumption into “due process of law.”

So what is not in the Constitution?  Despite my deeply-held conviction that a robust marital culture is essential to a free society, I find no constitutional provision generally protecting or mandating marriage; there is no general constitutional “right to marry,” Meyer v. Nebraska and Loving v. Virginia, notwithstanding.

What, if anything, is there in the Constitution regarding marriage?  As I’ve argued here, one finds in the Constitution a strong presumption in favor of the constitutionality of all democratic state action.  The people of each state have a broad right to decide, by themselves or through their representatives, how and whether to regulate, permit, or abolish marriage.  Where, for instance, the people or their representatives have voted decidedly in favor of the new marriage (as in Vermont) or decidedly against it (as in Texas), such popular, deliberative state action is entitled to great deference.

Nonetheless, the Constitution may have a few relevant prohibitions, especially in the Fourteenth Amendment.  As I’ve argued elsewhere, that Amendment’s Privileges or Immunities Clause does secure one limited marital right: the privilege of intermarriage with other citizens, including  the immunity from racial-endogamy laws.  In addition, that Amendment’s Due Process Clause, I think, protects the parent-child relationship by mandating a presumption in favor of parental trusteeship.

This presumption would not, however, implicate many aspects of marriage.  Insofar as “marriage” gives a status to certain persons or relationships, or affects property rights, I do not see any constitutional obstacle to the states’ redefinition of marriage.

As to children, however, the presumption might prohibit the redefinition in one limited, but important respect: the new marriage creates a contradictory presumption.   The new marriage would give the same-sex partner of a mother or father the “presumption of paternity.”  In case of a custody dispute, the presumptive right of the other adult derogates the child’s presumptive right to the care and custody of his mother and father.

The concern here is not, as Professor Weiner supposes, with adoption by gay persons or couples.  Where a child’s natural parents are incapable or unwilling to raise their own children, the presumption of parental trusteeship is obviously overcome, and the states retain broad power, as parens patriae, to reassign the custody of such children.  States may permit or prohibit adoption by various persons or groups of persons, including gay couples, provided the child’s natural parents have not remained able and willing to care for the child.

But where one or both parents have not abandoned the child, the new marriage does pose an unconstitutional threat to the parent-child relationship.  The child may be deprived the care and education of his mother (or father) in favor of his mother’s domestic partner.  Indeed, where a mother and her partner separate or divorce, the former partner may obtain primary, if not exclusive custody of the child solely because this partnership has been defined as formal “marriage.”

In some cases, the father will become a virtual stranger.  Where the father is not an anonymous sperm donor or has not otherwise abandoned his offspring, the new marriage reverses the pro-father presumption in favor of the mother’s domestic partner.

Such custody disputes have already arisen in our courts.  Children have been seized from the exclusive custody of their natural mothers, simply because those women had been in a gay relationship at the wrong time.  Some advocates of gay-marriage call these gay mothers “lesbians behaving badly” or “LBBs.”  Could it not be rather said that these LBBs are simply mothers who happen to be gay?

In adjudicating this conflict between “marriage equality” and the equal rights of children whose mothers happen to be gay, perhaps the Constitution has nothing to say.  But if it embodies a presumption of parental trusteeship, then the Constitution is on the side of the child’s relationship to his natural mother and father, whether gay or straight.

Salinas, Griffin, and The Oddness of The Original Criminal Procedure

Post-Modern Marriage and Our Relational Longings

The Unenumerated Rights of the Privileges or Immunities Clause

Perhaps a better constitution would be what Lash proposes, with less opportunity for mischief by judges, but that is not the Constitution we have.