President Obama’s claim of executive omnipotence (“I can do whatever I want”) merely brought attention to the constitution under which we have been living: The chief, and those whom he appoints directly and indirectly, are not obliged to any law. Congressmen and senators too, free from votes for which they can be held responsible, can enjoy their rank among brokers of the profit and prestige, of the Trillions, which the modern administrative state dispenses. Obligations exist only among this vast public sector’s functionaries and beneficiaries — the ruling class.

Of greater consequence may be our ruling class’s reaction to that claim. Typically, The Wall Street Journal’s Gerald Seib wrote: “the nation’s deep and abiding political divide makes political consensus elusive on the biggest issues…Congress virtually irrelevant on some matters.” Hence, future presidents will act the same as Obama. We are supposed to accept this way of life as inevitable and sustainable.

But this constitution is unsustainable precisely because any and all rulers who make up rules as they please thereby release the ruled from the obligation to obey. Since the ruling class does not obey laws, why should we obey them?

The principal feature of today’s ruling class is precisely that it reigns in open contempt of the Constitution of 1787 and of their fellow Americans who wave copies of it in forlorn attempts to limit the ruling class’ pretensions. History is univocal: any ruling class self-referential to the point of defaulting on its obligations leaves the ruled no alternative but to turn their backs on it, and eventually to revolt. 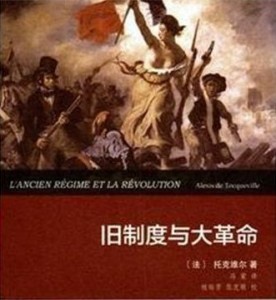 Tocqueville’s The Old Regime and the Revolution

While our ruling class is too busy to read history, China’s Communist Party — heir to the world’ oldest tyrannical tradition — is assigning its cadres to read Alexis de Tocqueville’s The Old Regime and the Revolution — a not-to-be-forgotten account of how France’s monarchy alienated itself from its subjects and drove them first to turn their backs on the system and, then, to hoist it on pitchforks. Although the details of today’s China, America, or the European Union differ from those of France’s Old Regime, attentive readers of Tocqueville discern the main factors that accredit or discredit ruling classes. Let us see.

In short, human collectivities are neither more nor less than networks of mutual obligations. Subjects feel obliged to follow rules and rulers, largely to the extent that the rulers themselves follow rules. Aristotle’ Politics is the primer. Regardless of whether the rulers are many, few, or one, the great divide between regimes is whether obligation runs in one direction only, or in both. Regardless of the rulers’ number, they forfeit voluntary obedience to their regimes insofar as they pursue their interests regardless of the rules by which people live.

Tocqueville’s history of the Old Regime’s decadence details how it overturned centuries of popular customs, imposed countless administrative burdens on the people, changed them constantly, and enforced them erratically. All the while, the Old Regime maintained a class of haughty beneficiaries bereft of real responsibilities. The regime lost respect, and became an object of fear. In this pervasive, intrusive, oppressive, unpredictable government of men, ordinary people found no shelter in custom or common sense, never mind rules. They were reduced to abasing themselves to the administrators, or to bribing them.

Eighteenth century France’s substantial and increasing economic prosperity was not enough to save the regime. The hate and contempt that it had stored up for itself by disrupting the people’s customs and dividing society between arbitrary rulers and powerless subjects extinguished the regime.

Today’s Chinese tyrants know that their country’s unprecedented prosperity will not suffice to keep them in power. Historically literate, they know that Chinese imperial dynasties, tyrannical though their laws were, lasted by administering those laws in ways that had the color of reason and propriety. But they know also that their own dynasty, built as it is on dividing society on the basis of privileged access to power, cannot do that. So, they worry and look for an out.

Historically innocent, our ruling class neither reads nor worries. Rather, it congratulates itself on having erased the distinction between law and administration, and supposes itself to be the measure of right. Indeed, it is eager to further imitate its European counterparts in reducing constitutions, laws, and elections to theoretical status. Europeans long ago noted that their way of life is marred by what they call a “democratic deficit,” but were sure that they could manage this deficit indefinitely. Recent evidence of massive popular disaffection has begun to shake this assurance. None of this however has yet reached America’s rulers.

The sooner it does, the better. While no one can foretell the consequences of the growing deficit of mutual obligations in American public life, we can be certain that Americans, having been raised on the maxim that “all men are created equal,” are far less tolerant of arbitrary rule than Europeans or Chinese.

Predictive Policing and Probable Cause

The Indispensability of Judicial Dissent

Reforming the Administrative State Is a Game of Inches