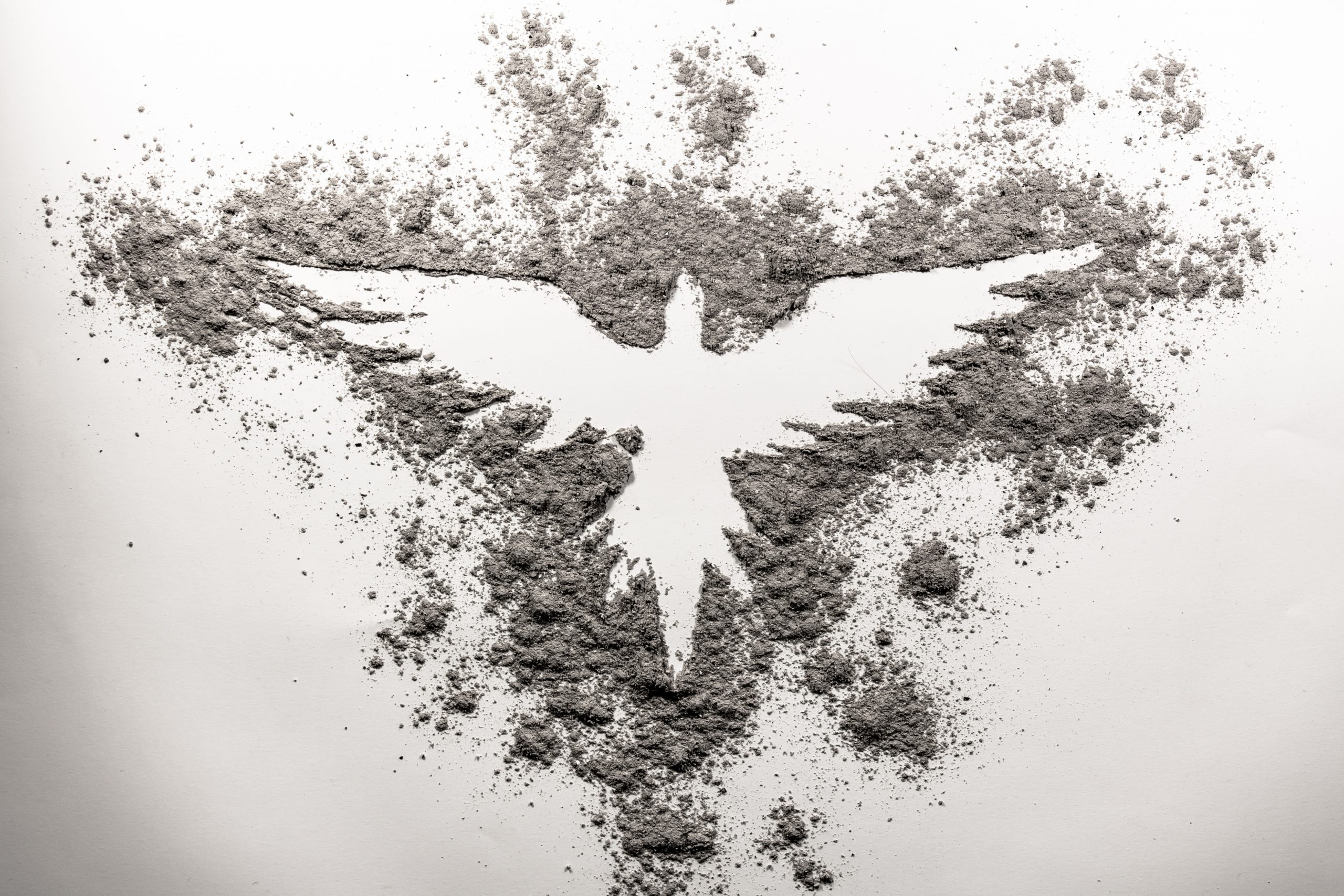 Anthony Esolen is well on the way to being America’s G.K. Chesterton (if more academic—Chesterton did not produce a widely admired translation of Dante’s Divine Comedy). Out of the Ashes: Rebuilding American Culture takes us on a wide-ranging tour of the failures of American culture, from our use of language to how we play, how we build buildings, how we run our schools. As the longtime literature professor tells us on the first page, “I shall decry the decay of civilization.”

He is not the first to do so, of course. Such lamentations are as old as civilization itself. But that does not mean they are wrong or unnecessary. My doctor’s advice remains sound, regardless of the number of times he repeats it and I ignore it. Esolen’s particular contribution is to focus on the cultural. Doing so means taking sides in what is, and might always be, a chicken-and-egg conundrum: for the author, culture comes before politics.

Late in the book Esolen lays out his project. “It is hard to get people to see things that are missing,” he writes, “but I would like to try here, to illustrate something strange that has happened to us.” The immediate context of the passage is an analysis of Winslow Homer’s paintings of American childhood, paintings that show children without adults organizing them. Esolen wants us to notice that there was once play of children, by children, for children. In these 19th century paintings, the missing element is the now-ubiquitous coach, troop leader, social worker or other hovering adult.

The rest of the book makes largely the same effort to give readers a sense of the good things that aren’t there. One of the most striking is our memory. We no longer memorize long passages of poetry or song, and have neither to share across the generations. Worse still, memory as such is under assault. I do not mean only that our electronic devices make our memories obsolete. So long as you can recall the password (or number) to your phone, you can look up any passage at any time. I suspect most of us have done this and are grateful for the ability to do so. But, as Esolen notes, there is much more going on: “Modernity is all too often a cult of erasure and oblivion.”

Prior cultures looked to the past for guidance; we look to the past only for what to avoid. This applies to our personal lives, as well. A great deal of the loss catalogued in this book will certainly be dismissed as nostalgia, most likely with the modifier “mere.” That would be an injustice to the author’s observations and a self-wounding foreclosure from the insights he has to offer. Good things can be lost. Some things were better in the past. To deny this outright is a form of ideological blindness, appeals to the advent of penicillin notwithstanding.

Not surprisingly, Esolen is strongest in the areas he knows best, weakest in those he knows less well. The strongest parts of the book are those on beauty and those on education. In regard to beauty he addresses poetry, music (especially hymnody), and architecture. For all our wealth, technology, and education, we do not make for ourselves a beautiful world. Most of the great attractions, those most people are willing to travel great distances to see, stopped being made over a century ago. Yes, there are some aficionados of modern art or architecture who enjoy being experimented upon and having their senses assaulted. There are always such people. But their numbers are small. More to the point, both the people and the objects are an exclusive set.  The world most of us live in, the cities and suburbs, office towers and malls, pay either too little or too much attention to aesthetics. As Esolen writes, “Drab, with garish its cousin, is our enemy.”

Where Esolen really shines is in his description of education. On this topic he is unsparing: “There are only two things wrong with our schools: everything that our children don’t learn there and everything they do.” I myself often wonder what they have learned by the time I encounter them in college. Unless born into a multilingual family, they are almost devoid of any exposure to a second language—and often their own, English, isn’t intimately possessed by them. Their knowledge of history is episodic and disjointed and their exposure to literature no better. Several have confessed to me, if confession can be stripped of any shame, that they arrived on our campus without ever having read a book cover to cover.

What happens, then, to undergraduates and their parents? “You sink yourself in debt to discover that your sons and daughters have been severed from their faith, their morals, and their reason.  Whorehouses and mental wards would be much cheaper. They might well be healthier, too.”  This and similar statements did not endear Esolen to the activist camp at Providence College, his academic home for over two decades. For publishing an article critical of the current understanding of diversity, he was picketed by students and publicly condemned by faculty colleagues. His right to free speech was tepidly defended by the president of Providence, who made it clear the institution had to hold its nose to do so. He has now left Providence for Thomas More College in New Hampshire.

This combatant against political correctness is a keen observer of our political world. One particularly arresting Esolen comment (soon, possibly, in both senses) is the following: “The alternative to rule by fathers, which is what patriarchy means, is male domination in the form of a police state or in the persons of men outside the law.” In another nice formulation, which could be endorsed my many readers of this site, he writes: “Government is now a factory to produce rent-seekers.” These are the words of a man with a deep familiarity with literature and a fine wit. They are tinged, however, with indignation and frustration.

Anger has its place, as Aristotle reminds us. But it is not a solution, and Esolen desperately wants a solution. As he insists, in what could be considered the book’s motto: “It was done before, and it worked splendidly. It can be done again.” These splendid things were lost, however, and the means by which that happened are not part of his argument. This is where his otherwise excellent analysis teeters, and with it, his practical suggestions.

Esolen (not unlike Chesterton) suffers from a form of economic romanticism. It leads him to write things like: “The availability of the carpenters encourages people to hire them for work that might be done.” (Emphasis in original.) Where to begin? The availability of good books has done nothing to improve the amount of reading that might be done. The problem is that supply and demand may be related, but not as he suggests. Flooding the market with talented carpenters might have no effect on the general appreciation of a finely turned newel. The economy does not work that way.

The author is better on politics than on economics but even there he has a tendency toward hyperbole. He gives us some lines from Paradise Lost, “Chaos Umpire sits,/ And by decision more embroils the fray/ By which he reigns,” which he caps with: “That right there gives you the actual constitution of the United States.” A sour note from an excellent singer is always the most disagreeable, as are lilies that fester. Esolen is better than this statement, and he proves it. Here he is at his political best:

Whatever is good about democracy rests upon a simple assumption. It is that ordinary people are capable of managing their own ordinary affairs, as individuals, as families, as members of a neighborhood or a parish, as local businesses, and as citizens of a village or town.

No doubt the Framers of the Constitution and those who have defended and cherished it would wholeheartedly agree. Esolen will lose the sympathy of many readers for overstating his criticism of our political institutions, especially since he probably doesn’t mean it.

My main criticism of Out of the Ashes is its determination to downgrade politics and political wisdom. This is why the author proposes subsidiarity, the El Dorado of political thought, as a solution. Alexis de Tocqueville saw how the early Republic was already succumbing to the pressures of centralized administration. Federalism—subsidiarity with flesh on its bones—has been hollowed out from the beginning, regardless of which political party or ideas held sway in Washington. Without a clear understanding of why that happened, we cannot simply choose to recover a decentralized political structure that, it seems, could not sustain itself. I would be very pleased to see a political system that honored the principles of subsidiarity, but where can one be found? Is it even possible in a continent-spanning nation inhabited by over 320 million people?

This criticism, I realize, has its limits. Politics isn’t everything. Nevertheless, as Esolen tries to put culture ahead of politics, he reluctantly has to sneak in a political solution at the end. This is as it must be. Politics and culture cannot be as easily disentangled as he and many others would like.

To my mind the best, if least encouraging, analysis remains what we find in Books VIII through IX of Plato’s Republic. There, Socrates describes the parallel degeneration of the political regime and the soul of the individual. The democratic soul—when Plato wrote, and also today—has no pattern to it, no fixed desires, no hierarchy. The democratic regime likewise cannot make judgments of good or evil, celebrating as it does freedom above all things. Alas, the next stage in the degeneration is tyranny. And so, if Plato is right in this, rebuilding American culture is a more difficult task than even Esolen allows.

It would be unfair to end on anything other than a high note. Out of the Ashes should be read and shared widely. I may quibble with the author about the particularities of rebuilding the culture, but his observations about it are insightful and he is right that it must be rebuilt. Let us end with what Anthony Esolen envisions: “I see schools filled with good books and ordinary teachers—who know the things they are supposed to teach, and who also love good books.” If reading good books with an extraordinary teacher will rebuild culture, his new students at Thomas More will be the ones to do it.

Sowing the Seeds of Academic Renewal

Our education, licensing, and entitlement policies are driving the young to socialist views which break sharply with America's political tradition.