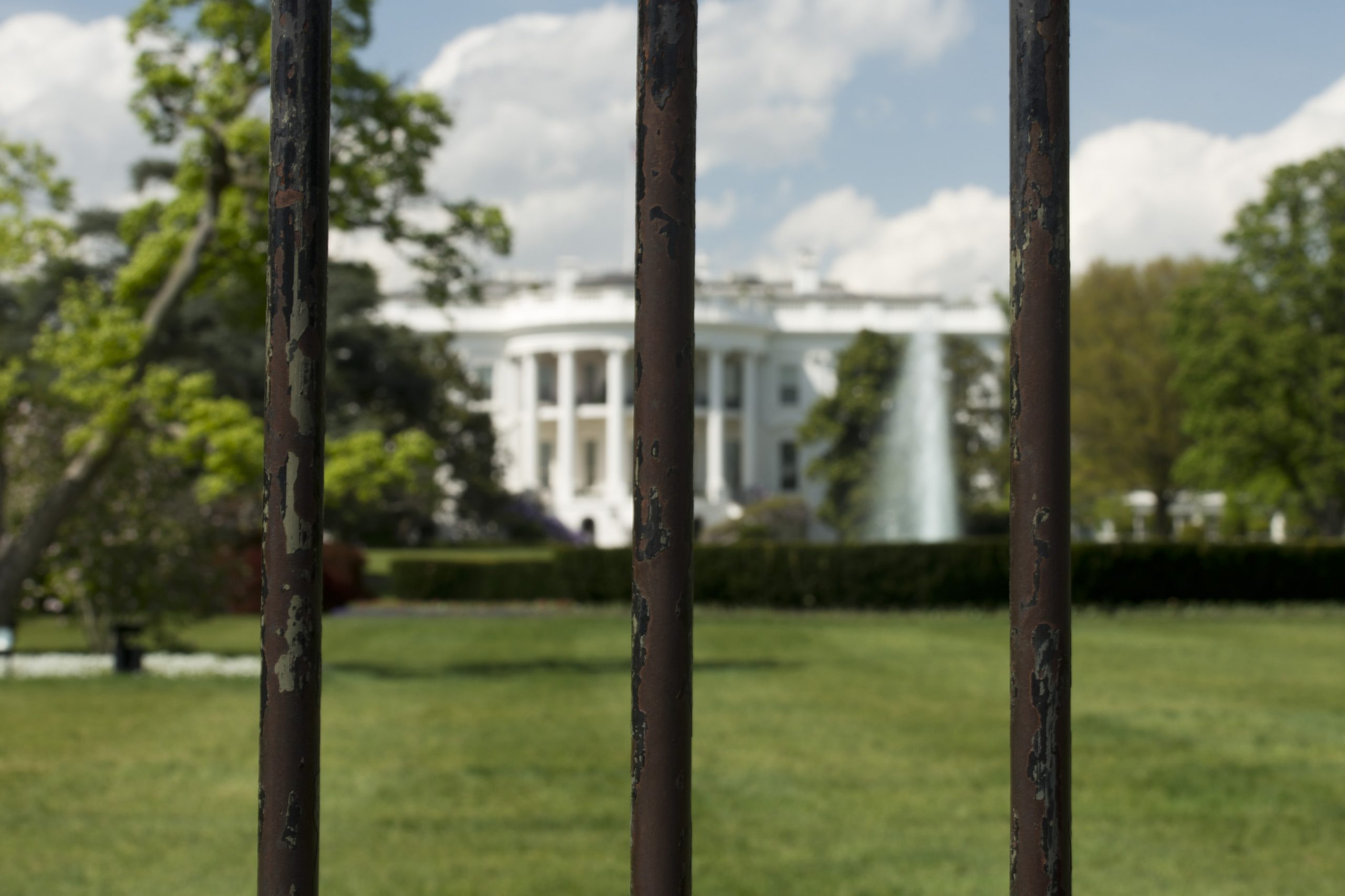 President Obama’s use of this logic is generally regarded to be unprecedented. It is not.  It is all laid out in the Bush administration memoranda, released last week, justifying warrantless wiretapping by the National Security Agency (NSA). The Obama White House has merely turned inward, for domestic purposes, powers the Bush administration asserted for national security—a considerable leap, in constitutional terms, but also a deducible one. Once one makes the jump from national security to domestic policy—in fairness, it is not a small one, but it is inevitable in the age of the New Deal presidency—the logic cascades into place.

The Justice Department memoranda, dated May and July 2004, are wide-ranging, thoroughly researched, and well-argued. They also flagrantly misuse Founding-era sources and so widely assert the President’s constitutional power as to make it unlimited, and what is more, illimitable. That the precedents they cite for presidential authority in wartime include Woodrow Wilson’s censorship of the telegraph and telephone lines in World War I and Franklin Roosevelt’s comparable claim of power over the media in World War II is a pretty good indication of their expansiveness.

So is their contortion of the handiwork of Madison, Hamilton, and Jay. “The Founders, after all,” it says on page 37 of the May memorandum, “intended the President to be clothed with all authority necessary to carry out the responsibilities assigned to him as Commander in Chief and Chief Executive.  See, e.g., The Federalist No. 23 … (explaining that the federal government will be ‘cloathed with all the powers requisite to the complete execution of its trust’ …).”

Note step two of the syllogism. Publius says “the federal government.” The memorandum understands this to mean “the President.” In fact Federalist 23 explicitly refers to the powers of Congress regarding national defense, not to the phantasm of a plenary presidential power to protect the nation:

Who so likely to make suitable provisions for the public defence, as that body to which the guardianship of the public safety is confided? Which, as the centre of information, will best understand the extent and urgency of the dangers that threaten; as the representative of the whole, will feel itself most deeply interested in the preservation of every part;which, from the responsibility implied in the duty assigned to it, will be most sensibly impressed with the necessity of proper exactions.

These are clear references to Congress: a “body” that is “representative” and constituted to be familiar with the needs of the whole, including the capacity of every part to bear taxation. The essay also says the federal government must have the power “to pass all laws, and to make all regulations” to carry out its responsibilities.

The May memorandum separately (page 70) further quotes Federalist 23: “There can be no limitation of that authority, which is to provide for the defence and protection of the community, in any matter essential to its efficacy.” This is not where the sentence ends. A semicolon, not a period, follows. It continues: “that is, in any matter essential to the formation, direction, or support of the national forces” (emphasis in original). At least two italicized words—formation and support—pertain to powers clearly given to Congress. Similarly, Publius punctuates his meaning in the same essay: “The union ought to be invested with full power to levy troops; to build and equip fleets; and to raise the revenues which will be required for the formation and support of an army and navy”—all obviously congressional powers.

The idea of restraining the legislative authority, in the means for providing for the national defence, is one of those refinements, which owe their origin to a zeal for liberty more ardent than enlightened. . . . It is better to hazard the abuse of that confidence, than to embarrass the government and endanger the public safety, by impolitic restrictions on the legislative authority.

These passages as excised and quoted in the memorandum are used to suggest that the President’s power over national security is unlimited. This is manifestly not what Publius means. He means that the extent of the national security power is not capable of precise definition in the context of a constitution, and defining that power in permanent and inflexible terms would be dangerous. It bears emphasis that, even so, the Constitution does limit that power (in protecting the writ of habeas corpus, for instance).

Its not being precisely definable not mean the power of the President is unlimited, but rather that it is is subject to the prudent judgment of a regime of separated powers. Thus Federalist 23:

Every view we may take of the subject, as candid inquirers after truth, will serve to convince us, that it is both unwise and dangerous to deny the federal government an unconfined authority, in respect to all those objects which are intrusted to its management. It will indeed deserve the most vigilant and careful attention of the people, to see that it be modeled in such a manner as to admit of its being safely vested with the requisite powers. If any plan which has been, or may be, offered to our consideration, should not, upon a dispassionate inspection, be found to answer this description it ought to be rejected.

Publius returns to the subject in Federalist 31, explaining again that limits cannot be set to the end of national defense and therefore boundaries of the national defense authority cannot be precisely defined. But this is not where the matter rests. “I repeat here what I have observed in substance in another place, that all observations, founded upon the danger of usurpation, ought to be referred to the composition and structure of the government, not to the nature and extent of its powers.”

The government’s very “composition and structure” are meant to militate against usurpation. At the essence of its composition and structure lies the separation of powers, which requires the involvement of at least two branches and, depending on the circumstances, perhaps a third when it comes to such matters as surveillance of  telephone calls and the collection of metadata from which comprehensive portraits of individuals’ private lives can be formed. Yet the Bush memoranda expel all but the presidency from these processes. They arrogate to the presidency alone the authority to determine the propriety of warrantless wiretapping.

That might be presented as assertiveness within the bounds of the Constitution, the kind of elbow-throwing between the three branches that is contemplated in Federalist 51. Such a claim ignores that the principle of the separation of powers does not release any branch from the responsibility of self-reflection and self-regulation.

Whether the Executive Branch’s claim is accepted or not, any but the most supine Congress can answer right back by throwing a legislative elbow. But the most supine Congress is what we have had, as the Authorization for Use of Military Force—the post-9/11 congressional resolution on which subsequent assertions of anti-terrorism powers have been based—made clear for all to see. The Bush memorandum eagerly seizes on the resolution’s breathtaking concession that “the President has authority under the Constitution to take action to deter and prevent acts of international terrorism against the United States.” All authority? Any action? Does Congress deny itself any role?

To be sure, it is a far bridge from an assertion of unitary and unlimited presidential power over national security—which, for better or worse, has a long pedigree—to asserting the same with regard to domestic policy. But it is a bridge connecting related arguments.  Federalist 23, recall, says federal power is illimitable with respect to “all” objects entrusted to it.  Federalist 30 makes a parallel argument about illimitable authorities with respect to taxation—meaning not that taxation should not be limited, of course, but that a constitution cannot mechanistically delineate its boundaries.  All one has to establish is that the federal government is responsible for the public welfare and that the President embodies the federal government.

We can thank the New Deal for those premises. For the conclusion that the powers involved are consequently unlimited, we can now thank President Bush.

Reinvigorating the Nondelegation Doctrine through the Constitutional Amendment Process

Media reports on Kavanaugh’s views on executive power too quickly assume he would shield the executive branch during criminal investigations.

What Do These Two Think About the Office to Which They Aspire?