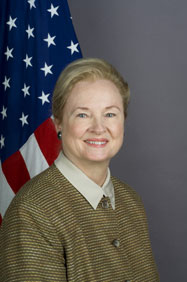 Thanks to Greg Weiner (and the commenters) for taking on my original piece, which has gathered far more attention than I had anticipated.  Greg argues that, “It has become commonplace to see the Declaration as a radical break with this tradition—and, in some circles, the Constitution as a radical break again—but a continuum of this symbol is clearly traceable.” Yet, though there is some “traceable” continuity, the Declaration is of a different order.

One can be “individualist” on the formation of the polity—I would argue that freedom and civilization today depend on the defense of natural rights—but as well an adherent of man’s social and political nature. This is the alleged Aristotelianizing of Locke that has been advanced by Harry V. Jaffa and Thomas G. West and by some libertarian scholars as well, as I noted here. A mutual belief in teleology is central to this unity. Crucial as well is the status of politics as a set of prudential choices.

We have sharper disagreements on muting the individualism of the Declaration itself: “Thus it is “the people” who possess the right to alter or abolish an abusive government, and the Declaration announces its intention to dissolve the bands linking “one people” to another.” But there is all the distinction in the world between a people formed by natural rights and one formed by adherence to the Crown. This is the distinction between the social contract of free individuals and FDR’s social compact between the government and the people (where the government holds all the cards).

Greg goes on, to note some dangers of my interpretation, while absolving me from holding such error: “the individualist interpretation is conducive to the sort of judicial supremacy that has empowered the courts to protect individuals against the judgment of the community. It is, in turn, hostile to the view—here we must defend Nisbet’s honor and, with it, Burke’s—to the Aristotelian belief that the political life is best for man.” He might have added Robert Bork to those holding such mistaken views about the Declaration. But the Declaration’s and Lincoln’s human equality is Platonic and Aristotelian, a paean to man’s in-between status, “For thou hast made him a little lower than the angels, and hast crowned him with glory and honor” (Psalm 8).

Of course, the political life is not the best for man—that would be Machiavellianism. Aristotelian and medieval politics, along with the American founding, knows that politics is highest when it sees it exists in the service of the higher—philosophy and revelation. Human equality reflects human eros. The Declaration leads us back to revelation as surely as the Mayflower Compact (I’ll have more on the dangers of Puritans later)–and in the words of George Washington’s letter to the Newport Hebrew Congregation, based on (individual) natural rights, far more securely.

Finally, one warning about attacking “individualism,” even in the name of the preeminent legal scholar Mary Ann Glendon. For a while some on the right were attacking the aggrandizement of rights, as in FDR’s “Second Bill of Rights.”  In a review of her Rights Talk for Perspectives on Political Science I countered that she wasn’t really talking about “rights” in the sense the founders used the term—she was (actually and properly) denouncing the substitution of passions for rights. But note her means of correcting Locke: embracing Rousseau! Let’s sober up and try Madison, again, instead, especially his letter on property.

The Right against America