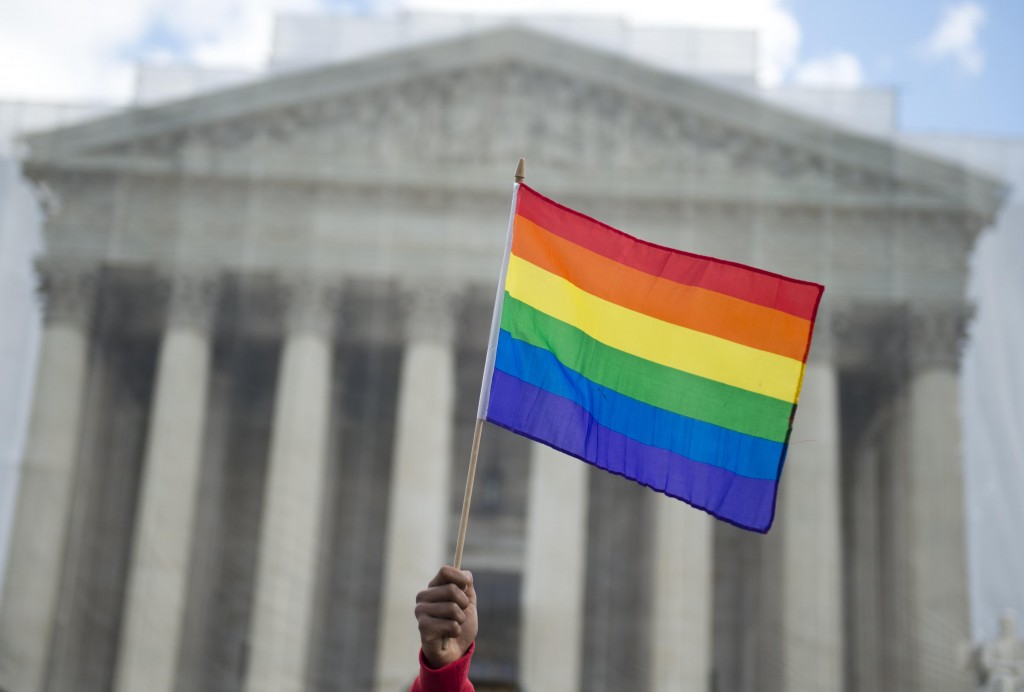 In the vast majority of governing charters around the world, you will read the word “dignity”—but you won’t see it in the American Constitution. The traditional lodestars of American rights jurisprudence have been liberty and equality, as enshrined in the Bill of Rights and the Fourteenth Amendment’s equal protection and due process clauses. But of late, dignity has had something of a renaissance. Writing for the Court in United States v. Windsor (2013), Justice Anthony Kennedy concluded,

The history of DOMA’s enactment and its own text demonstrate that interference with the equal dignity of same-sex marriages, a dignity conferred by the States in the exercise of their sovereign power, was more than an incidental effect of the federal statute. It was its essence.

In Windsor, Kennedy made reference to dignity (or one of its cognates) 10 times, compared to just six instances of “equality” and five of “liberty.” For such a significant decision, the emphasis on such an abstract and contentious concept struck many as odd.

Nonetheless, most observers weren’t surprised by Kennedy’s flight of philosophical fancy. After all, “sweet-mystery-of-life” passages (to borrow Justice Antonin Scalia’s phrase) appear regularly in his landmark opinions. Most famously, in the 1992 majority decision in Planned Parenthood v. Casey, Kennedy observed, “At the heart of liberty is the right to define one’s own concept of existence, of meaning, of the universe, and of the mystery of human life.” For Scalia (among many others) this simply was not the stuff of a stable or rigorous jurisprudence.

But Kennedy is responsible for a more pressing jurisprudential mystery: where it is the Court’s decades-long argument about dignity and gay rights will lead. Its gay rights jurisprudence stands on a Kennedy-constructed foundation. Moreover, as Richard Reinsch pointed out in a piece last week, the opinions share a common conceptual cornerstone: dignity. Thus, any future decision in this area will likely rely on the dignity arguments laid out within and across those opinions, almost certainly if Kennedy again writes for the majority.

But let us count. Across the Kennedy opinions, at least three distinct notions of dignity have been employed. Depending on which is emphasized, the answers to questions like those posed in Obergefell v. Hodges could come out a number of different ways. It is therefore crucial to answer a basic question: What do we mean when we talk about dignity in the context of constitutional rights?

The first relevant case in the gay rights context is Bowers v. Hardwick (1986). Though the case predates Kennedy’s appointment to the Court, it is there that Justice John Paul Stevens made a connection between autonomy and dignity that reverberated through Kennedy’s subsequent opinions. Stevens, dissenting from the Court’s decision upholding a Georgia law that criminalized sodomy, argued that the case was not about a particular right of homosexuals but about a much broader set of liberty interests protected by the Court’s privacy jurisprudence. This body of law, Stevens continued, was “animated by an even more fundamental concern.” Judicial recognition and protection of these rights was rooted in “our tradition of respect for the dignity of individual choices in matters of conscience.”

When the Court decided, 16 years later, to hear a challenge to a Texas anti-sodomy law, the justices were compelled to revisit the Bowers decision. By a vote of 6 to 3, the Court forcefully repudiated Bowers. Quoting the sweet-mystery-of-life passage from Casey, Kennedy wrote for the majority in Lawrence v. Texas that:

These matters, involving the most intimate and personal choices a person may make in a lifetime, choices central to personal dignity and autonomy, are central to the liberty protected by the Fourteenth Amendment.

Elsewhere he wrote that because it is not the Court’s role to “define the meaning of the relationship or set its boundaries . . . adults may choose to enter upon this relationship in the confines of their homes and their own private lives and still retain their dignity as free persons.”

Whereas in Bowers, dignity played a small though nonetheless important role in the dissent’s reasoning, in Lawrence it played a central role in the majority’s reasoning. The dignity inherent in all citizens required that they be free to autonomously pursue their definitions of existence and human flourishing, indeed, of life itself. While there are important differences between dignity as expressed in Bowers and dignity as expressed in Lawrence, both concern a sphere of individual inviolability in which governmental interference is prohibited.

So by the time the Court granted cert in United States v. Windsor, which challenged the constitutionality of the Defense of Marriage Act (DOMA), there was already a reasonably well developed jurisprudence of dignity, rooted in inherent individual rights and interests. It was, therefore, surprising that in striking down the provision of DOMA at issue in that case, the majority covered yet more dignity-driven ground.

Windsor’s departure from Bowers and Lawrence is announced early in Kennedy’s majority opinion, where he observes that for many, “the possibility that two persons of the same sex might aspire to occupy the same status and dignity as that of a man and woman in lawful marriage” was a recent realization. More substantively, the Court held that in recognizing the validity of same-sex marriages, the state of New York “sought to give further protection and dignity to that bond . . . a relationship deemed by the State worthy of dignity in the community equal with all other marriages.” The state’s decision “conferred upon them a dignity and status of immense import.” In striking down the relevant provision of DOMA, the Court recognized the validity and consequences of that conferral.

In Windsor we encounter, in fact, two new notions of dignity—one democratic and the other social. Whereas the former entails the conferral or enhancement of dignity by governmental action, the latter is a function of one’s standing in a sociopolitical community. A government can bestow dignity by officially recognizing an individual or group attribute; similarly, it can enhance dignity by attaching greater protections or privileges to that attribute. Once possessed, dignity takes on a social dimension, signaling to the community official sanction and acceptance. Though closely intertwined, the democratic and social notions of dignity connote different understandings of the relationship between individuals and government and, as a result, implicate different requirements for constitutional protection.

The disparate notions of dignity employed from Bowers through Windsor open up a host questions. Three are especially important.

The first concerns the distribution of dignity across a polity: If enjoyed by some, must it be enjoyed by all? To use a concrete example, if gay marriage is legal in California, do gay couples in Arizona, where same-sex marriage was defeated at the polls, suffer a deprivation of dignity or even an overt indignity? Are gay and lesbian Arizonans affected by the enhanced dignity of similarly-situated couples in a political community of which they are not members? In Obergefell, the Court must answer whether all 50 states are required, pursuant to the Fourteenth Amendment, to recognize same-sex marriage.

A second question concerns which governmental level is empowered to authoritatively confer dignity. Is it the municipality, the state, or the nation? Or is there a more complicated process at play, by which a national resolution is reached through the interactions of subnational democratic processes over time? In Windsor the states’ traditional role in regulating marriage played a significant part in Kennedy’s opinion. In Obergefell the Court must bring more clarity than it has thus far provided, answering whether states must recognize same-sex marriages performed in other jurisdictions (in the event they are not already required to recognize the marriages of their own same-sex couples).

The final, and perhaps most salient, question concerns the directionality of dignity. Do dignity interests point ineluctably toward the expansion of gay rights? If so, then New York’s decision to change the definition of marriage to include same-sex couples would be a conferral of dignity while Wisconsin’s decision to retain a traditional definition would not. And as Richard points out in his piece, according to Kennedy himself, dignity interests inhere not only in areas of sexual autonomy and intimate relationships but also in the domain of religious belief and expression. So where does dignity apply and what does it require?

Although these questions are pitched at a very high level of abstraction, the Court does not exist in a vacuum and must find its way in the messy world of democratic politics. What’s more, that messy world is at least partly of its own making. Every decision the Court hands down triggers a chain reaction of political activism, legal appeals, and fresh litigation that precipitate further decisions. So even as it must eventually address the questions left unresolved by its own jurisprudence, the Court is also subject to the vicissitudes of democratic constitutionalism.

In Obergefell the Court, and in all likelihood Justice Kennedy, will have the chance to further develop the jurisprudence of dignity. If this opportunity is taken, the justice writing the opinion will have to choose among the notions of dignity laid out in Bowers, Lawrence, and Windsor, for there is simply no coherent way to bring them all together in the case at hand. But whichever way the decision falls, the Court will likely be forced to reap what it has sown. Perhaps ironically, the very jurisprudence that has attended the expansion of gay rights has provided the grammar for constitutional arguments to vindicate dignity interests far beyond, and even in tension with, gay rights.

Post-Modern Marriage and Our Relational Longings

Federalism as a Catalyst for Beneficial Social Change

Its Momentousness Is Baked in the Cake

Such is the state of American law and of American society that the decision of a single Colorado baker not to make a cake for a customer because of his religious objection to what the cake was for will now go before the Supreme Court.