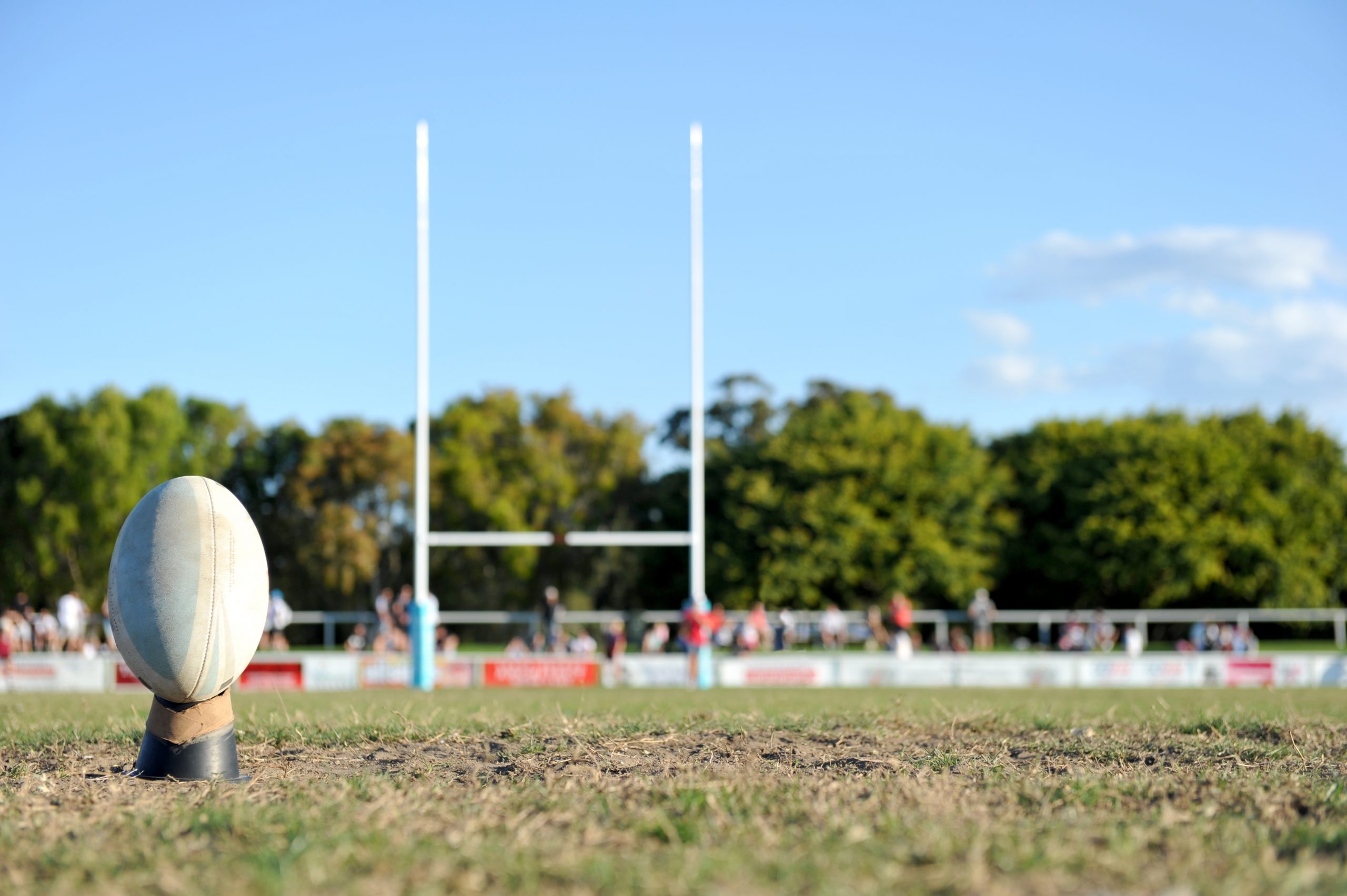 Since the unexpected—and, in certain circles, inconceivable—election of Donald Trump as President, federal courts have aggressively obstructed his executive orders on immigration, leading to complaints that activist judges are staging an insurrection or even a coup d’état against a President they consider illegitimate. I’ve indulged in a bit of this commentary myself, but—unfortunately—the problem is deeper and more serious than a few rogue judges resisting Trump’s policies. Much of the nation’s elites, and especially the legal class that dominates the judiciary, are in a bipartisan revolt against the bourgeois social order and the constitutional loyalties it underwrites. Trump’s election has merely exposed the extent of the longstanding (and widening) cultural chasm that divides the lumpenproletariat (Hillary’s “deplorables”) from the self-anointed elites.

Judicial activism is not a mysterious cabal; it takes place openly, using doctrinal sleight-of-hand to reach results favored by the intellectual classes who dominate the media, universities, and especially the legal culture. While judicial activism is generally viewed as a weapon wielded by the Left, it is more accurately seen as a nonpartisan means for the intellectual class to circumvent constitutional government via its proxies (or, perhaps, its ventriloquist dummies)—a judicial oligarchy drawn from the ranks of elite law schools (which happen to be overwhelmingly liberal). Justice Antonin Scalia once caustically criticized his colleagues for “inscribing one after another of . . . the countermajoritarian preferences of the society’s law-trained elite” into the Constitution.[1]

The judiciary’s implacable opposition to capital punishment (manifested recently by an Obama appointee’s quickly overturned injunction of six executions by the state of Arkansas), is one example. As Justice Anthony Kennedy has demonstrated, even Republican judges appointed by conservative Presidents can be coopted by the attitudes and policy preferences of the cultural elites, whose views on a variety of subjects—religion, immigration, diversity, and feminism, to cite just a few examples—are diametrically opposite of those of the electoral majority who supported Donald Trump.

The agenda of the elites is not ideology per se, but something that is actually more rigid: intellectual fashion. In his 1978 Harvard commencement address, Alexandr Solzhenitsyn observed that, even without censorship, “fashionable trends of thoughts and ideas” control the academy with an iron grip. It takes a strong commitment to the rule of law for judges to resist that temptation. Increasingly, elite judges succumb to it.

As evidence, I offer the remarkable flouting of the plain language of Title VII[2] in a decision handed down last month, Hively v. Ivy Tech Community College. In an en banc decision by the normally sensible Seventh Circuit, the majority (joined by eminent Reagan appointees such as Kenneth Ripple, Joel Flaum, Richard Posner and, most-notably, Federalist Society mainstay Frank Easterbrook) brazenly misread the word “sex” to include “sexual orientation.” This constitutes a shocking display of judicial defiance, reminiscent of the scofflaw Ninth Circuit—simply refusing to enforce the law as written. When even ostensibly conservative judges feel free to legislate from the bench, the Rubicon has been crossed.

Hively was an employment discrimination case, brought under Title VII of the Civil Rights Act of 1964 by Kimberly Hively, an openly lesbian part-time instructor at a community college in Indiana. Hively alleged that she was denied a full-time faculty position due to her sexual orientation. Because Title VII does not forbid employment discrimination on the basis of sexual orientation, Hively’s lawsuit was dismissed, consistent with well-established circuit precedent. Hively, now represented by the Lambda Legal Defense and Education Fund, appealed to the Seventh Circuit. Initially, a three-judge panel (correctly) affirmed the dismissal in a 2016 opinion written by Judge Ilana Rovner, joined by Judges Kenneth Ripple and William Bauer.[3] The court reasoned, quite logically, that the statute proscribes discrimination based on enumerated protected characteristics—“race, color, religion, sex, or national origin”—but does not include “sexual orientation.” Absent a statutory prohibition, employers are free to hire and fire whom they choose.

Unfortunately, despite the statutory clarity of Title VII, a decision that should have been two paragraphs long went on for a full 20 pages, discussing the perceived unfairness of the result, which it termed a “paradox.” Clearly, the panel didn’t like the fact that Title VII doesn’t cover sexual orientation. In the elite culture, limiting the protection of Title VII to sex discrimination is considered gauche. Judge Rovner’s opinion contrasted Congress’s exclusion of sexual orientation from Title VII with the Supreme Court’s more enlightened recognition of a constitutional right to same-sex marriage in Obergefell v. Hodges (2015):

The cases . . . create a paradoxical legal landscape in which a person can be married on Saturday and then fired on Monday for just that act. For although federal law now guarantees anyone the right to marry another person of the same gender, Title VII, to the extent it does not reach sexual orientation discrimination, also allows employers to fire that employee for doing so.

After extended lamentation, the panel reluctantly concluded that its hands were tied, legally speaking. Not to worry, though—inventive judges are more adept at escaping from restraints than Houdini was. Hively duly sought and obtained a rehearing en banc.

Hence the Seventh Circuit’s decision of April 4, which reversed the panel. The full court, by a vote of 8 to 3, concluded that the word “sex” should be interpreted to include “sexual orientation.” The majority opinion was written by Chief Judge Diane Wood, a highly regarded Clinton appointee who was reportedly considered for Supreme Court vacancies during the Obama administration. The en banc majority (including Judges Rovner and Ripple, who apparently changed their minds!) reasoned that “sex” and “sexual orientation” mean the same thing. The majority was not deterred by the fact that Congress has repeatedly rejected proposed legislation that would have extended Title VII to include sexual orientation (as pointed out in footnote 2 of the panel opinion). And the majority further sidestepped the fact that, since 1964, Congress has sometimes enacted laws prohibiting discrimination based on sex and sexual orientation, as separate categories.

As George Orwell observed, “There are some ideas so absurd that only an intellectual could believe them,” and the en banc opinion in Hively is living proof. Denying that it was amending Title VII through judicial legislation (which it modestly acknowledged was “beyond our power”), the en banc majority “interpreted” the unambiguous word “sex” to include “sexual orientation” as a “subset,” with the cryptic comment that “The goalposts have been moving over the years.” (Whatever that means.) Using abstruse arguments based on “gender nonconformity” and “associational theory,” and distorting a straightforward matter of statutory interpretation with inapplicable equal protection and “fundamental rights” precedents, the en banc majority reached a conclusion that was squarely at odds with the plain meaning of the statute and the clear intent of Congress.

Judge Posner, once considered the most respected appellate judge not serving on the Supreme Court, wrote a separate concurring opinion candidly conceding that extending Title VII to cover sexual orientation is a judicial invention, but justifying the invention on the grounds that “times have changed.” According to Posner, the mere passage of time has changed the meaning of the word “sex”:

“Sex” in 1964 meant gender, not sexual orientation. What the framers and ratifiers understandably didn’t understand was how attitudes toward homosexuals would change in the following half century. They shouldn’t be blamed for that failure of foresight. We understand the words of Title VII differently not because we’re smarter than the statute’s framers and ratifiers but because we live in a different era, a different culture.

Libertarian law professor Josh Blackman harshly criticized Posner’s opinion, accusing him of “taking advantage” of life tenure. George Mason University law professor David Bernstein adds that “Posner really doesn’t seem to believe that judges should be bound by legal texts, whether statutory or constitutional, because wise judges like himself, up-to-date on contemporary mores and unbound by crass political considerations, can govern better than those who wrote the texts.” Sadly, the only thing that distinguishes Posner from many other federal judges is his honesty.

Judge Diane Sykes (who was on the list from which Justice Gorsuch was elevated to the  Supreme Court) wrote a persuasive dissent, which was joined by two other judges: Bauer, from the original panel, and Michael Kanne, a Reagan appointee. I will not attempt to summarize Sykes’s dissent, other than to say that she makes all the legal arguments one would expect a principled originalist judge to make. (It is worth reading.) Refreshingly, Sykes resisted the temptation to parrot the elite’s fashionable attitudes about discrimination on the basis of sexual orientation, deferring instead to the actual language of the statute. I predict that the Supreme Court will grant cert in Hively and reverse it.

Two things are troubling about Hively.

First, the nonchalance with which “mainstream” judges (that is, not committed ideologues of the Ninth Circuit sort) rewrote an unambiguous statute, creating a sweeping new cause of action, on grounds that most non-academics would find sophistic, is a disconcerting sign that the discipline of the judicial role has greatly weakened.

Second, and even more worrisome, is that respected conservative judges who have long been regarded as sound originalists, such as Frank Easterbrook, would join Judge Wood’s activist opinion.

My ultimate concern is not with activist judges, but with the larger legal culture (shaped significantly by the legal academy), whose attitudes greatly influence judicial decisions. When the legal professoriate becomes estranged from—and disdainful of—the American public, judges will often follow elite groupthink rather than the law. Decades ago, the late Robert Bork predicted that “The ideas that win hegemony” in the law schools and the law reviews “will govern the profession, including judges, for at least a generation and perhaps more.” It turns out that Bork was prophetic.

The Common Law: Ginsburg Gets It Wrong

Ginsburg’s question presupposes an inaccurate (to put it mildly) narrative about the development of marriage law.

Implementing Obergefell: Who Decides the Scope of a Newly Minted Right?

Citizens Do Not Agree that the Supreme Court Is Too Conservative

For most journalists and academics to get a Supreme Court that marches both with them and with the people, they need to elect a new people.