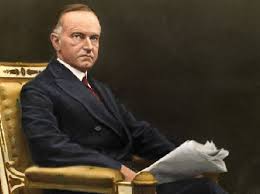 My late friend, Claremont Institute President Tom Silver, set forth the conditions of serious Coolidge scholarship with Coolidge and the Historians.  I am certain he would have regarded Johnson’s book, drawn from his senior thesis at Claremont McKenna College, as a fulfillment of his intention. Indeed, one is compelled to say that Johnson, at 24  does for Coolidge and the modern presidency what our teacher Harry Jaffa did for Lincoln and the meaning of equality for America. An investigative reporter, who writes frequently for the Daily Caller and Breitbart, he combines in his own soul a mix of thought and action to be envied, as one envies the young Churchill.

Why Coolidge Matters makes the case for examining his career as a model for conservative presidents—all the while stripping away the caricature that liberal historians, such as Arthur Schlesinger, Jr., painted of him and impressed into the American consciousness. As Charles Kesler indicates in his Foreword, Johnson makes use of his solid education in American political thought to deepen our understanding of what Coolidge was doing and how he broke away from the powerful Progressive mentality. The book provides a model for how to study a statesman.

In his Farewell Address, President Ronald Reagan, who restored Coolidge’s portrait to a place of prominence in the White House, feared that Americans would lose their knowledge of their history and thus be set adrift morally and politically.  In restoring the portrait that most Americans have of Coolidge, Johnson seeks to halt the moral and political drift of contemporary Americans. A few strokes convey the force of Johnson’s well-crafted argument.

· From his Amherst days on, Coolidge displayed the deepening and abiding influence of philosophy professor Charles Garman, whom William James described as the “greatest teacher” in America. Coolidge learned to be skeptical of the “perfection of society sought by the Progressives.” While he did sign the pacifistic Kellogg-Briand Pact, he also increased naval appropriations and initiated funding for the Air Force. At the Sesquicentennial of the Declaration of Independence, Coolidge gave a Lincolnian interpretation of its enduring significance.

· Of course Coolidge became nationally prominent when, as Governor, he broke the Boston police strike, setting a model for dealing with public sector unions, emulated by President Reagan. Johnson illuminates as well Coolidge’s role in the “now-maligned Immigration Act of 1924,” which he sought to moderate. While restricting Asian immigration, it might more justly be considered a means of helping immigrants already here assimilate. Johnson also explains the deftness of Coolidge’s rejection of the Ku Klux Klan in the 1924 election, as well as exploring the richness of his speeches to black groups.

· Finally, Coolidge’s understanding of the Declaration produces a sober government of economy. But wealth is always understood as a means to an end, and not the purpose of life. In contrast to Shlaes’ wonderful book, whose cover features Coolidge in a top hat, Johnson’s book opens with a cartoon of a determined Coolidge, in work clothes, forcing Congress’s nose to a grindstone. Not a bad image for a Republican President to keep in mind.

In brief, Coolidge Matters because we must assure, as Lincoln said just over 150 years ago, “government of the people, by the people and for the people, shall not perish from the earth.”

The inconsistencies between Clausing 1.0 and Clausing 2.0 are indicative of an economics profession that has eschewed its own humble insights.