Indiana has emerged, once again, in the national spotlight of states willing to buck national trends and go it alone for the good of its citizens and future citizens who might take root in its borders. Already a leader in freeing up its tax and labor policies, making it a standout in the Midwest, the Hoosier state halted last week its implementation of the Common Core (CC) education standards. Currently, 45 states have adopted the CC, and it has been championed by leading “reform” minded conservatives like Jeb Bush, Bobby Jindal, and former Indiana Governor Mitch Daniels. CC was tied to Obama’s stimulus funds and his “Race to the Top” initiative that promoted charter schools and tied increased education funding to a state’s adoption of the CC. So much for free choice and competitive state policies. Take the money and just assume and tell your citizens that this set of policies will work. As Michael Greve would say, the cartel of federal and state government leadership is always working overtime to split its revenue and regulatory surplus.  In this way it subverts competitive federalism, the ruling framework of our Constitution.

Mike Pence, the current governor of Indiana, signed legislation this past weekend that suspends the Common Core’s ongoing installation in Hoosier schools. He seems to evince a different notion of education than that found in Daniels, Bush, and others. Pence has argued that Hoosiers should be responsible for articulating the education priorities of her sons and daughters. We will learn together through choices we make that permit a number of education forms, organizations, associations, and curricula? to flourish. High standards, accountability, preparation for a competitive global economy, sure thing. It’s a no-brainer, actually. But, you might say, that is merely the common core of education. That this would be the best argument for CC actually means that we have defined good education by its ability to overcome the progressivist stupidity of education college “experts.” This overcoming, which is really a de-authorization of those falsely certified, is merely a first step to recovery. 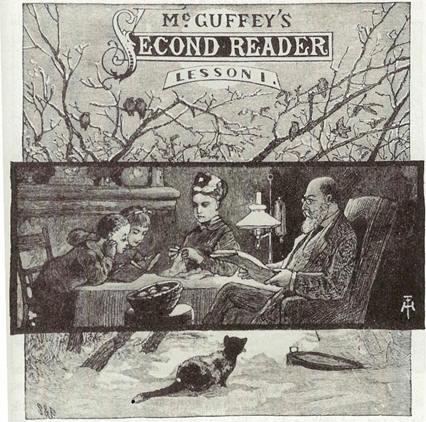 The real meat is in citizens coming to understand that while education must affirm the virtues of a free political society, it must also be for the individual in his own right. We are citizens, but, more than this, we are persons designed to know the truth about ourselves.  Surely, this notion of education, demands more than a 90% public school monopoly that is effectuated by a nationalist curriculum imposed top-down by an assembly of philanthropic do-gooders, state administrators, and enterprising politicians. You know, the CC. The purpose of education is not for the state or even the market-state nexus with which it is commonly equated by many Republican politicians. Any decent education system should meet that goal of preparing its young people for competency in any number of pursuits.

Lenore Ealy’s article on Indiana’s rethink of the CC also provides a unique window into that almost silent understanding of federalism as choice, competition, and discovery apart from the managed federalism we have had since the New Deal. Translated into education this means that “American debate over education should be, in the spirit of genuine American federalism, less concerned with global competitiveness and more attuned to the questions of what social arrangements most contribute to the capacity of a people for liberty.” Ealy quotes the federalism maestro, Vincent Ostrom:

Those who continue to assume that the national government, because of its “federal form,” is competent to determine all matters that pertain to the governance of American society have fallen into two errors: that of neglecting the limited capabilities of those occupying positions of national authority; and that of considering citizens to be “more than kings and less than men” (Tocqueville [1835] 1945, 2:231), so that they are presumed to be competent to select their national rulers, but incompetent to govern their own local affairs. The “federal form” of the national government is no substitute for a federal system of governance.

Also noted is that school choice itself and permitting charter schools, vouchers, and encouraging through other mechanisms the freeing of education delivery will mean little if content is nationalized. Diane Ravitch, among others, has also argued that as long as the corrupt education college establishment remains in charge of the curricula of states, then it matters little how this banal education is given to students. Thus, Ealy argues:

Regardless of the merit of the proposed standards, it still matters who decides and whether there are rights of exit from the influence of the interlocking directorates of educational “experts,” government agencies, and companies standing to reap the rewards from selling new curriculum-aligned materials and tests to thousands of local school districts and families.

So, education rooted in a federalism of parents, teachers, students, and local governing authorities, plus directed by the notion that the person is paramount, whatever the student’s capacities and gifts, this should be the goal, the light of education policy. We need exit and entry for parents and students, the capacity to learn and grow about education practices that increase knowledge. CC promises to be tough by raising standards, but so what, centralization freezes your society into the knowledge of the moment, locking in the good and the bad that it contains. America is built on self-government and the virtues it presupposes and the discoveries that it leads to. It really is the case that the most exciting political adventure is divided power, rigorous loyalties to where you are planted, and the willingness to be responsible to the persons most immediately in your life. Perhaps nowhere is this more true than in education. Indiana must keep Zagging!
Richard M. Reinsch II

The Forgotten Power of States

The myth of America’s stateless past can be entertained only by ignoring the experience of the U.S. states and the exercise of their vast police powers.

What Do Americans Voting with Their Feet Prefer? Better Public Services or More Cash?