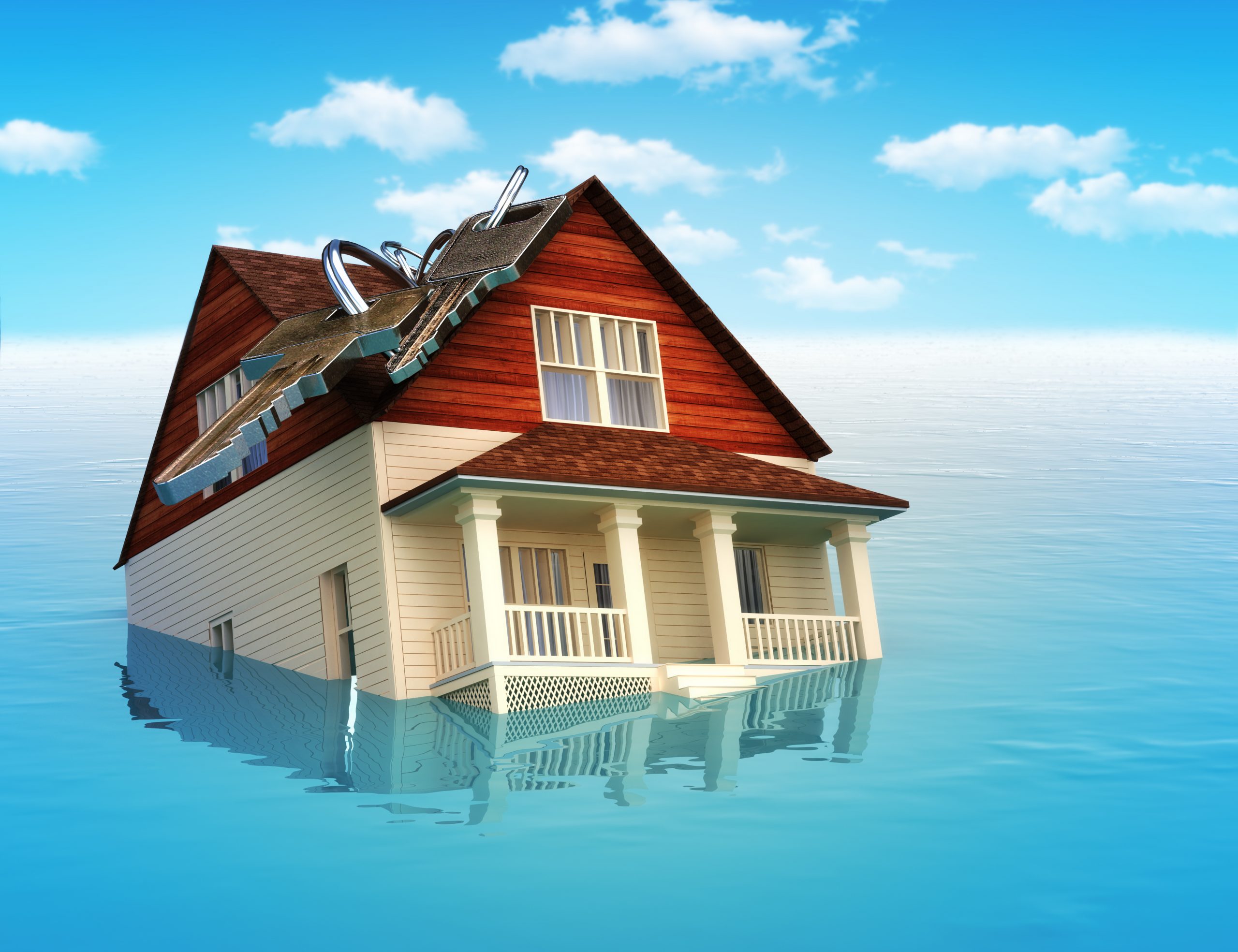 Housing analyst Thomas H. Stanton displayed amazing prescience in 1991 with a book whose subtitle read: “Will Government-Sponsored Enterprises Be the Next Financial Crisis?” Stanton spent years detailing his concerns about Fannie Mae and Freddie Mac potentially coming a cropper. Throughout the 1990s and early 2000s, he was a lonely voice on this issue accompanied by a small group of fellow analysts such as Peter Wallison and Bert Ely.

Two years ago, I attended a Cato Institute event for one of Stanton’s recent books, and I asked him if he had a plan on how to wind down Fannie Mae and Freddie Mac. (The link is here, begins at the 1:00:30 mark.) He responded that back in the pre-bubble days of the early 1990s, he thought that “once [Fannie and Freddie] fail, I am sure you can do anything you want with them.” He was right about the failure of the mortgage giants. On the issue of what would be done with them afterward, he admitted he was dead wrong. We are now six years past their spectacular collapse of late 2008, and there is no agreement yet on precisely how to resolve the fate of these Government-Sponsored Enterprises (GSEs).

Stanton also talked on that occasion about Fannie Mae and Freddie Mac’s conservator since 2008, the Federal Housing Finance Agency (FHFA). That agency is responsible for overseeing all aspects of the pair’s operations. He described its being “whipsawed,” though, between its role as a key cog in supporting national housing policy (where it must lean toward loosening credit standards), and its role as conservator (where it must lean the other way, toward tightening credit standards).

By all appearances, the ascendency this year of former Congressman Melvin Watt (D-N.C.) to head the FHFA has meant that the direction of the whipsaw now decidedly favors national housing policy. This was a predictable result given Watt’s interventionist stance on housing policy during his tenure in Congress. Upon his swearing in in January, he offered a subtle indication of how he would lead the agency.

I am honored to serve as Director of the Federal Housing Finance Agency. Today’s housing finance system is one of the keys to our economic recovery and I am grateful for the opportunity to help develop a strong foundation for moving this system forward for the benefit of all Americans at this critical point in our nation’s history.

No mention there of the FHFA’s role as conservator. Critics of Watt’s work at the agency have taken the spotlight the past few weeks: Stephen Moore (with a piece in the Washington Times that’s headlined “Reinflating the Housing Bubble”), and Stephanie Slade over at Reason magazine’s blog. (Her piece bears the headline, “Insanity Defined: Feds Unveil Plan to Help High-Risk Homebuyers Take on Massive Debt. Again.”)

What action by the FHFA could have triggered such a strong negative response? Watt’s agency has been busy of late proposing a number of policy changes, but the primary focus of the Moore and Slade articles was the reinstatement of a program allowing Fannie and Freddie to guarantee mortgages with a 3 percent down payment. For a typical $200,000 home, the down payment will be a mere $6,000; not much “skin in the game.” If a borrower can get a down payment gift or can participate in a state down payment assistance program, he or she won’t even have to pay that much.

The changes under Watt demonstrate the typically wild pendulum swings of government policy. It was clear, in the lead-up to the crisis, that mortgage policy was way too loose. Then there were cases the past four or five years in which lending policy may have been too tight. Now we see the FHFA moving back toward looseness again as memories fade and the consensus for tightness wanes.

That having been said, I think it is overstated to say we are once again pumping up a housing bubble and careening toward another financial crisis. One indicator of a return to a more normalized state is the rate of homeownership, which stands at 64.4 percent, down from its record heights of over 69 percent in 2004. The current level is back to its pre-bubble level before the Clinton housing policies kicked in. Other statistics, such as indices on mortgage credit availability and FICO score distributions, tell a similar story.

I have sympathy for those who are raising red flags with these most recent changes, but it is not yet at all clear that we are headed toward another bubble. Those enraged by the 3 percent down payment program neglect to point out that the Federal Housing Administration has had a similar program in place throughout the recent housing dip and recovery. These low down payment loans are twinned with mortgage insurance and the FHA has recently pushed through steep increases in the underlying insurance premiums. The details for the Fannie and Freddie low down payment loans have not been fully developed yet, but they will likely shadow the increasingly stringent FHA insurance standards.

The all-around best approach would be to get the government completely out of the housing market. Only that would end the whipsaw effect and pendulum swing of policy responses and market reactions. It would be ideal to have a true market-based system where lenders are free to come up with their own terms, conditions, reps, and warranties. But lenders also have to pay the price for failure, as opposed to the current system, where the government pushes lending standards down for most loans through government-backed Fannie and Freddie.

But is that free market in housing very likely?

The most effective plan for Fannie and Freddie under current law would be to place them into receivership, which is a decision that would have to be made by the FHFA and a procedure also carried out under its oversight. It would differ from the current conservatorship phase (which largely maintains the status quo), as it would involve gradually dismantling these GSEs through downsizing by beginning to liquidate their assets and otherwise cutting back on operations. During 2012, receivership was given some serious consideration under Watt’s predecessor, Edward DeMarco, as PricewaterhouseCoopers was brought in to develop contingency plans for just that eventuality. It’s conceivable that that activity was in anticipation of a possible Romney administration, which would have been more amenable to a receivership scenario.

The chances of receivership happening any time soon with Director Watt just beginning a five-year term at the helm of FHFA are remote. He is in it for the long haul, as reportedly he is offering buyouts to FHFA staff at all levels, presumably to make room for those who share his views on housing policy. A wind-down of Fannie and Freddie would undercut his vision of implementing a more aggressive housing policy.

The alternative to a receivership scenario would be a legislative change to Fannie and Freddie’s enabling statute. Tom Stanton, in his Cato Institute comments, emphasized that any such change would be driven by the “question of what the political process thinks about the 30 year fixed-rate mortgage.” Housing industry lobbyists have raised the 30 year fixed-rate mortgage to a God-given right. They expend all manner of effort and resources in the cause of ensuring that that won’t change any time soon.

Make no mistake, Fannie and Freddie are a big part of maintaining that 30 year fixed-rate mortgage construct. Less government involvement might threaten its widespread existence if a more open mortgage market dictated different terms. The hesitancy to move on the legislative front applies to both sides of the aisle and does not bode well for the prospect of any substantive change, even if the Republicans were to gain control of all three branches of government starting in 2017 (which itself is a long shot).

Again, as Stanton was candid enough to admit, a lot of us thought a failure of Fannie and Freddie would spell the end of the GSE structure. Their hybrid public-private composition had made the pair an unstoppable political force in the 1990s and early 2000s. That force was slowed but not upended by crisis, collapse, and a period of government caretakership.

GSEs survived and will continue to do so. Speaking bluntly, there is not much that can be done about it.

Federal Housing Regulators Have Learned and Forgotten Everything