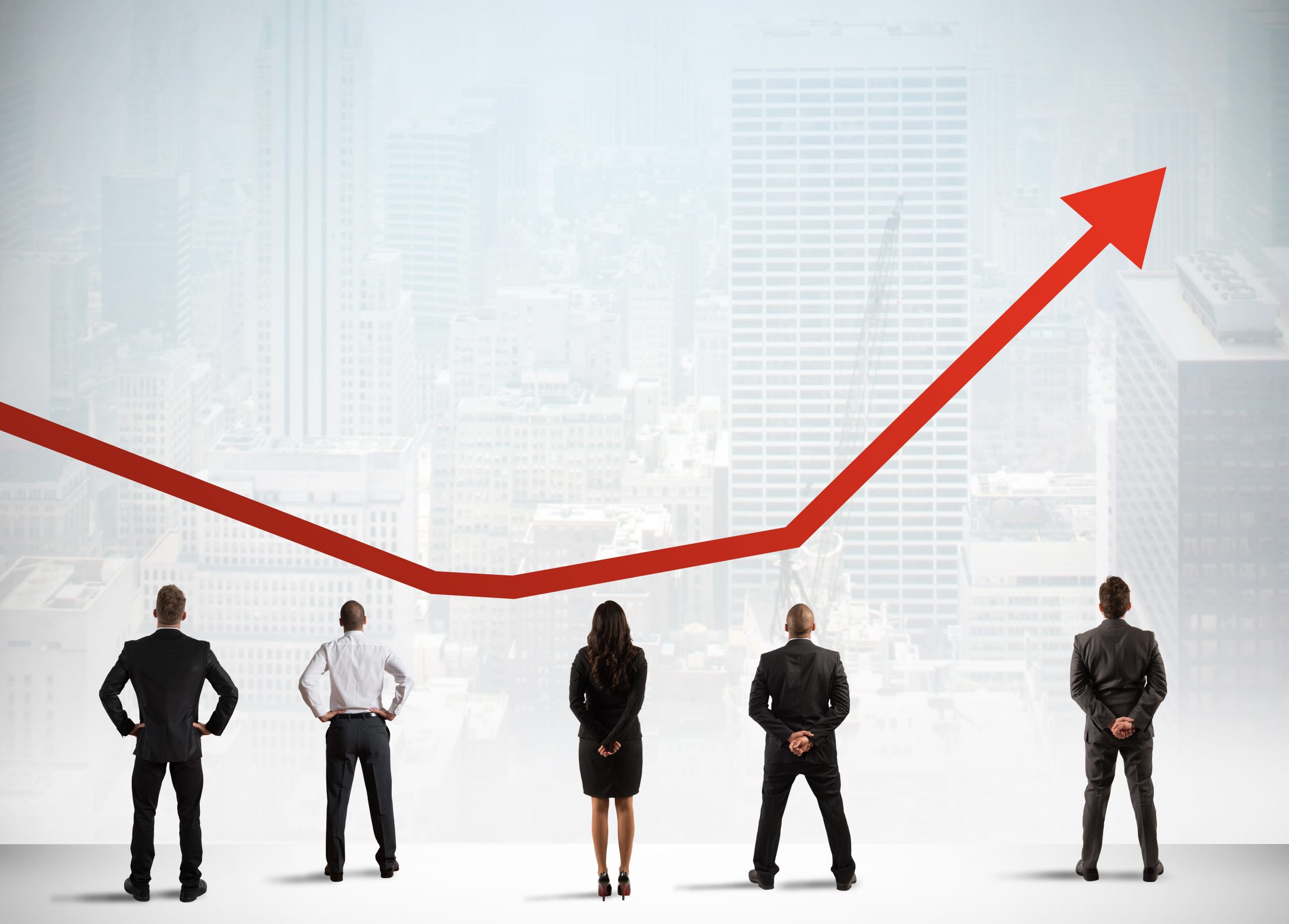 Here’s a summary of Peter Thiel’s take, as expressed recently in the Wall Street Journal, on the contrast between competition and monopoly:

Competition is not as marvelous, and monopoly is not as monstrous, as pop culture and economic theory proclaim. Entrepreneurial creativity brings incessant change, so competitive firms are lame nonentities while firms that win a monopoly position through innovation are magnificent benefactors to their owners and the general public alike.

Thiel is on the right track.

Though his essay does not mention Joseph Schumpeter’s evocative notion of “creative destruction,” it is quite consonant with Schumpeter’s famous (and, in my opinion, still unmatched) description of capitalist competition in his 1942 work Capitalism, Socialism, and Democracy. There Schumpeter ridiculed and rejected economic-textbook definitions of competition, having recognized what Thiel recognizes: that what’s called “competition” in formal economic theory bears almost no resemblance to the entrepreneurial rivalries and struggles for market share and higher profits that occur daily in real-world capitalist economies.

The introduction of new methods of production and new commodities is hardly conceivable with perfect—and perfectly prompt—competition from the start. And this means that the bulk of what we call economic progress is incompatible with it.

Exactly right. The entrepreneurial quest for market niches and production advantages that are not easily bested or even replicable by others is the essence of capitalist competition. It is that kind of competition, not the kind featured in textbooks, that creates today’s high, and still-rising, living standards for the masses.

Most economists (with the notable exception of the Austrians) over the past hundred years have done a great disservice by giving the name “perfect competition” to an imaginary state of affairs in which only one avenue exists for entrepreneurs and businesses to compete for consumers’ patronage. In a perfectly competitive world, all product varieties and qualities are given (that is, are unchanging and unchangeable); each of the many producers and consumers knows everything about the qualities of products; and each is fully aware of all bids and offers made throughout the economy.

Under these conditions, the only possible way a firm can increase its sales is to cut its prices. Period. It is assumed that competition for consumers’ patronage takes no other form.

Parenthetically, if we strictly follow the theory of perfect competition, we see that it rules out even price-cutting. Each firm is such a small part of the market that each firm is a price taker. Because each firm can always sell as much output as it wants at the prevailing market price, no firm ever has an incentive to cut prices—a confusion that tends to be overlooked. It is no small problem with the theory that it assumes away any and all actual price-setting by sellers and buyers. Thus it has no explanation for how prices are set and are changed, assigning this task to mysterious market “forces” that act completely independently of human agency.

Consumers’ well-being, under this strangely named theory, changes only with changes in prices and quantities sold: the lower the price of any good or service, the greater are the quantities that consumers purchase and the better off consumers become. And so long as price is higher than the cost of producing an additional unit of output, firms can afford to cut prices and sell higher quantities to consumers. With all firms in the industry assumed to have similar cost schedules, competition will (in some mysterious way, see above) push the market price down until it equals marginal cost. Consumer welfare will then be maximized. Bliss.

Of course, economists recognize that the theory of perfect competition is unrealistic. What theory isn’t? But their attempt to compensate, and make their textbook account of competition more lifelike, only sows more confusion. To inject realism into one theory, economists recur to yet another: that of “monopolistic competition.” It is here that innovation finally appears—but only modestly, in the form of “product differentiation.”

To try to win the ability to raise price without losing all sales, firms compete in part by offering products that differ slightly from those of their industry rivals. Think of a new’n’ improved laundry detergent with a fresh, lemony scent, so superior to its soapy-smelling competitors. Because for the moment no one else offers this differentiated product, its producer can profitably raise the price charged for this lemony detergent.

A sensible non-economist hearing this account would likely conclude that economists regard the product differentiator as an unambiguous benefactor to consumers. True, the product-differentiating firm didn’t make a huge innovation, but it did create an improved product that enough consumers prefer, even at a higher price, to the older products to enable the differentiator to reap higher profits.

Not so fast, warn the economists. The differentiated product gives its producer some “monopoly power”—meaning, in econ-speak, the ability to raise the product’s price without suffering a loss of all sales. And the producer uses this monopoly power to charge prices higher than the marginal cost of producing the product. So consumer well-being is no longer as high as it could be. This “monopolistically competitive” market serves consumers less well than would a perfectly competitive market for lemon-scented detergents.

The sensible non-economist can be forgiven at this point for being confused. “Why is it,” she asks, “that the creative and risky act of improving a product is deemed by economists to be an act of monopolization? It is, after all, obviously “competitive” according to the everyday use of the term. How can a firm that alters its product in ways that prompt many consumers voluntarily to purchase it at a price higher than the price charged for older, unaltered products be accused of polluting the pure waters of competition with the poison of monopoly?”

How, indeed? But there you have it. That’s the way too many economists (again, excepting the Austrians) train themselves to think about competition and monopoly.

If words carry no baggage—if they mean only what their users mean them to mean— there isn’t really a problem in calling “competitive” the conditions assumed by economists in their theory of “perfect competition.” Nor would there be any harm in calling “monopoly” any and all deviations, in theory or reality, from those “perfectly competitive” conditions.

But in fact the words “competition” and “monopoly” have meanings in everyday language. And when economists use them they evoke attitudes, suppositions, and responses not only in the general public and in policymakers, but also in the very economists using these words. Those attitudes, suppositions, and responses are invariably hostile to situations described as “monopolistic” and invariably favorable to situations described as “competitive.”

The fact that almost no actual competition takes place in perfectly competitive markets doesn’t stop people, most of whom are unfamiliar with the theory, from supposing that what economists (the experts!) call “perfect competition” must be a condition of the most intense and ideal kind of competition—that any deviation from this condition must mean diminished consumer well-being and a weaker economy. Likewise, the existence of anything labeled “monopoly power” must mean that the general public is being harmed.

But such suppositions are incorrect. As Thiel (like Schumpeter long ago, and like Deirdre McCloskey today[1]) explains, innovation is key to modern economic growth, and innovation is made possible only by the lure of large “above-normal” profits—profits that economists misleadingly call “monopoly profits.”

Genuine monopoly—that is, a market condition genuinely worthy of that ominous name—involves government erecting barriers to entry. Only governmentally created and enforced barriers can stop innovative entrepreneurs from vying with each other to tempt consumers with lower prices and better, or even completely different, products.

Confusion has reigned for too long, with the slapping of the tag “monopoly” on firms that win the ability to earn higher-than-normal profits through their success at offering unusually attractive bargains to consumers. Unless and until the term “monopoly” is reserved for those situations in which entrepreneurial efforts to please consumers are obstructed by legal barriers, we will have to deal with befuddling descriptions (such as in Peter Thiel’s essay) of consumer-friendly innovators as “monopolists.” Such “monopolists” in fact are—whether they describe themselves properly or not—vigorous and beneficial competitors.

The Great Waves of Industrial Innovation

Innovation offers the greatest engine for growth the world has ever seen, but why do so few people realize how good we have it?