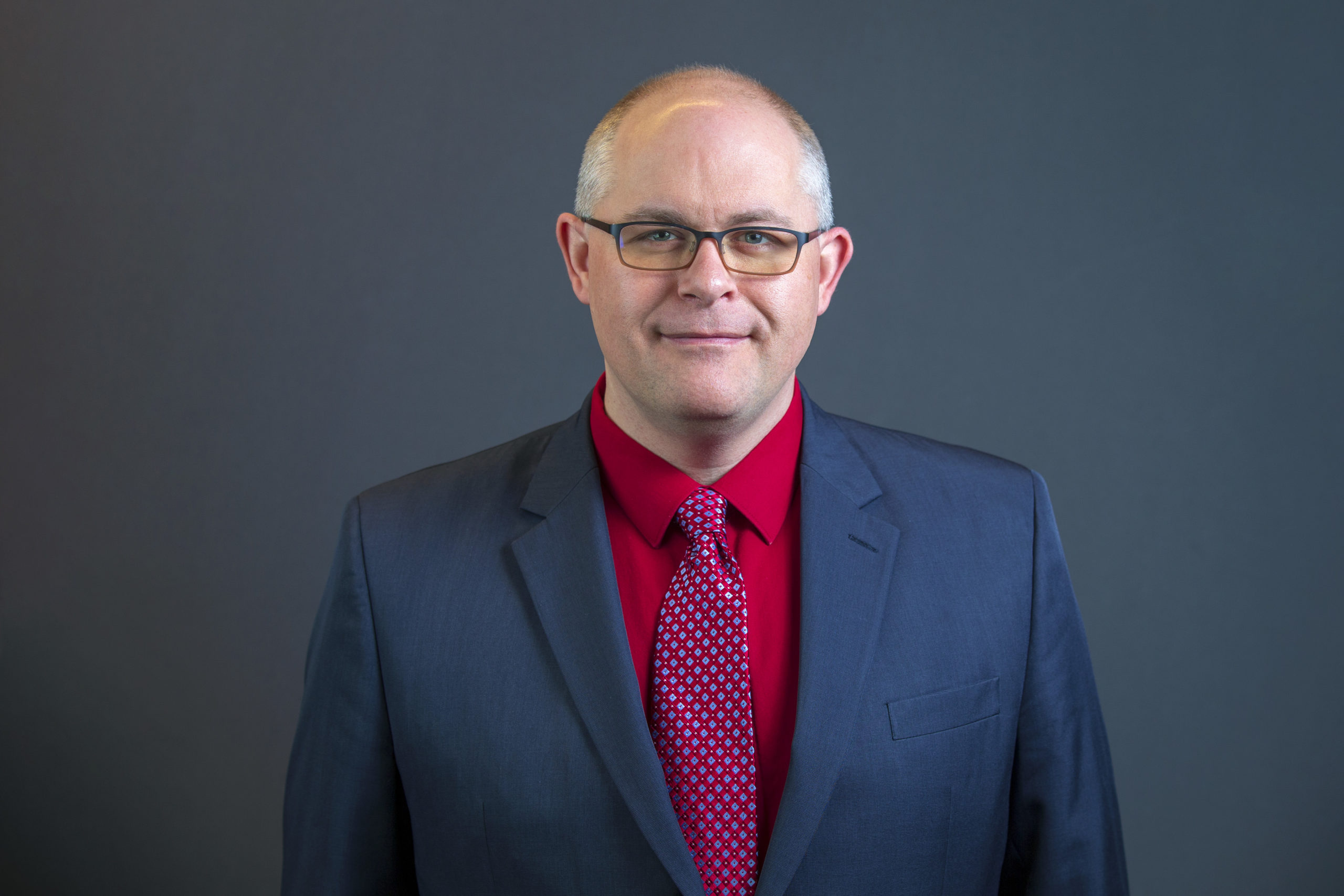 Brian A. Smith is the editor of Law & Liberty. He is the author of Walker Percy and the Politics of the Wayfarer (Lexington Books, 2017). Before joining Liberty Fund, he taught politics and great books at Montclair State University from 2009-2018. He tweets at @briansmith1980. 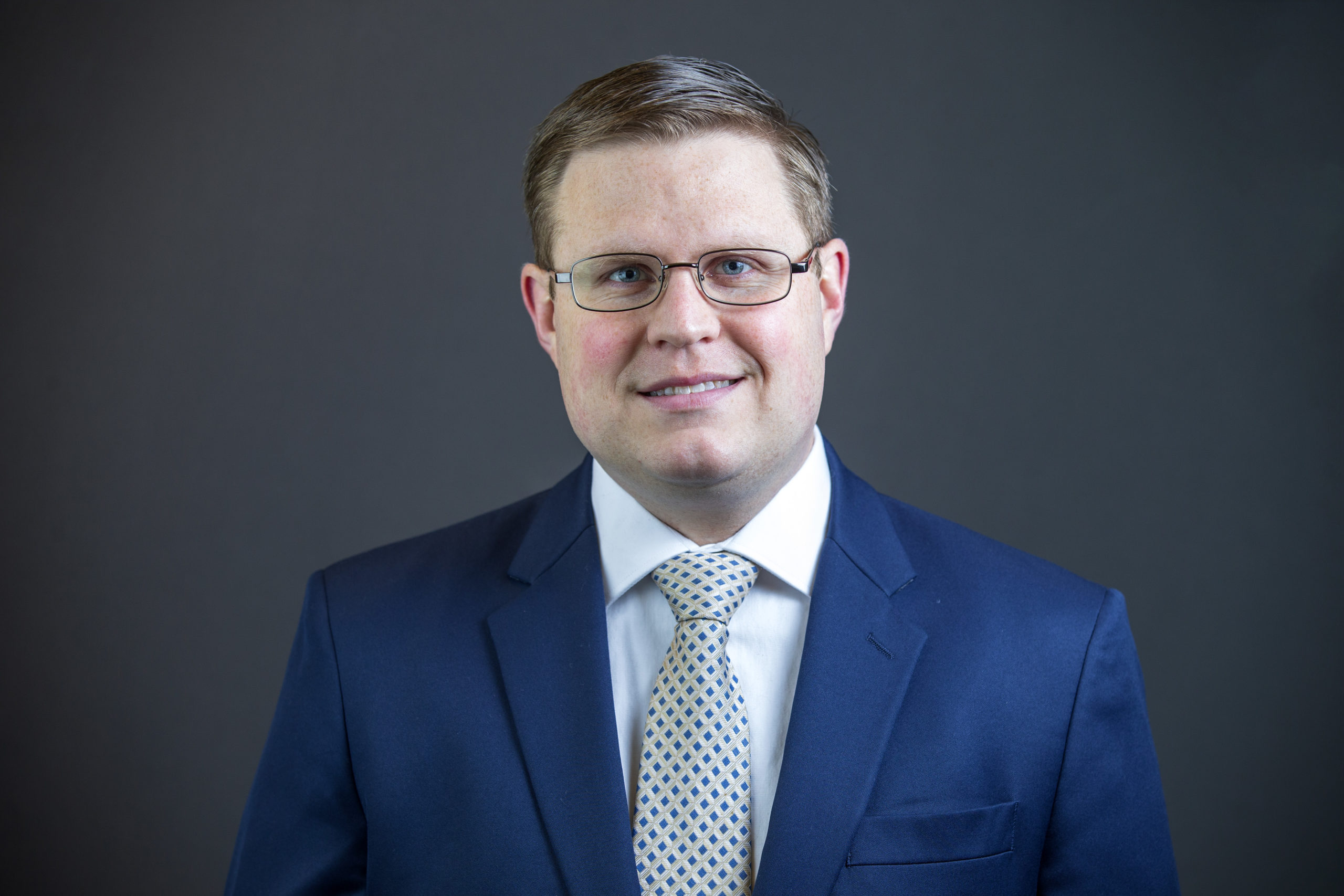 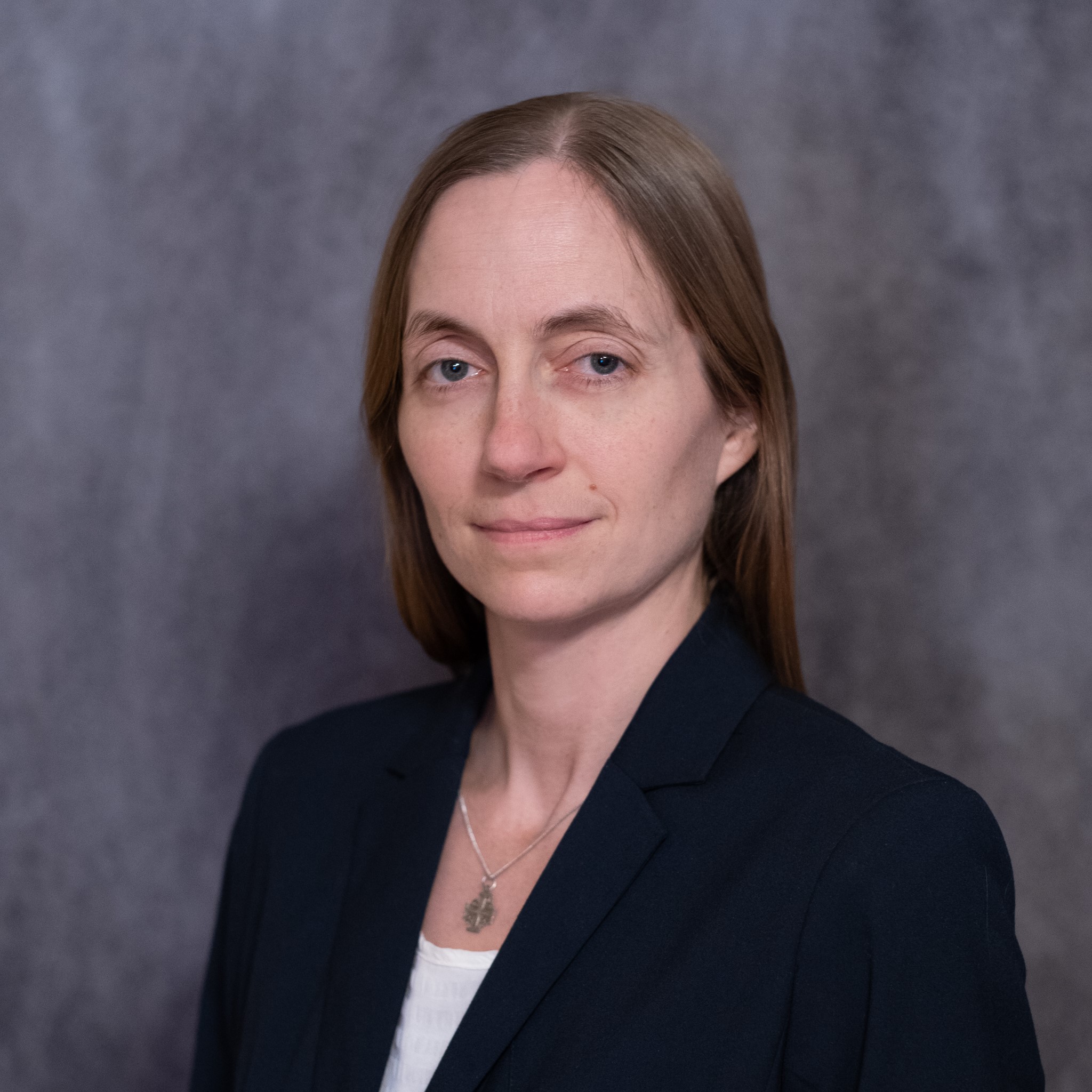 Rachel Lu is an Associate Editor at Law & Liberty and a Contributing Writer at America Magazine. After studying moral philosophy at Cornell, she taught for several years before retiring to focus on the moral formation of her own five sons. She writes on politics, culture, religion, and parenting. 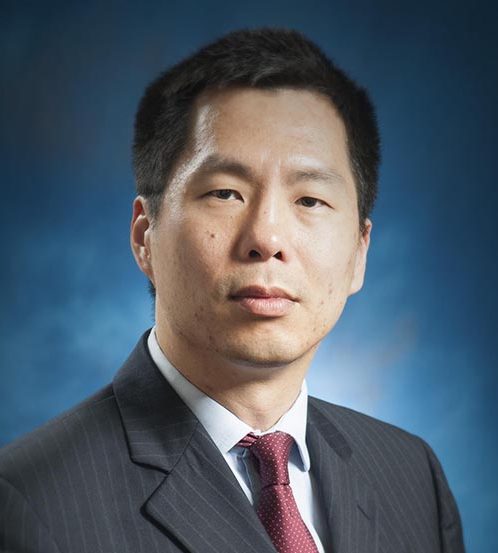 Lee Trepanier is Chair and Professor of Political Science at Samford University in Birmingham, Alabama. He is also Associate Editor for Law & Liberty and editor of Lexington Books’ series on Politics, Literature, and Film. 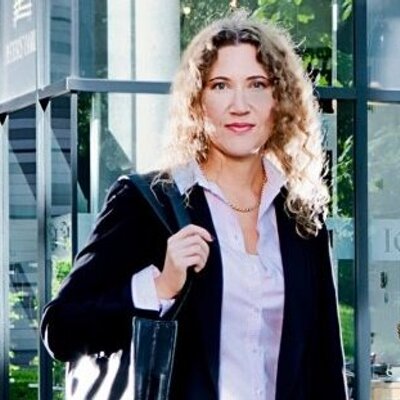 Helen Dale is a Senior Writer at Law & Liberty. She won the Miles Franklin Award for her first novel, The Hand that Signed the Paper, and read law at Oxford and Edinburgh. Her most recent novel, Kingdom of the Wicked, has been shortlisted for the Prometheus Prize for science fiction. She writes for a number of outlets, including The Spectator, The Australian, Standpoint, and Quillette. She lives in London and is on Twitter @_HelenDale 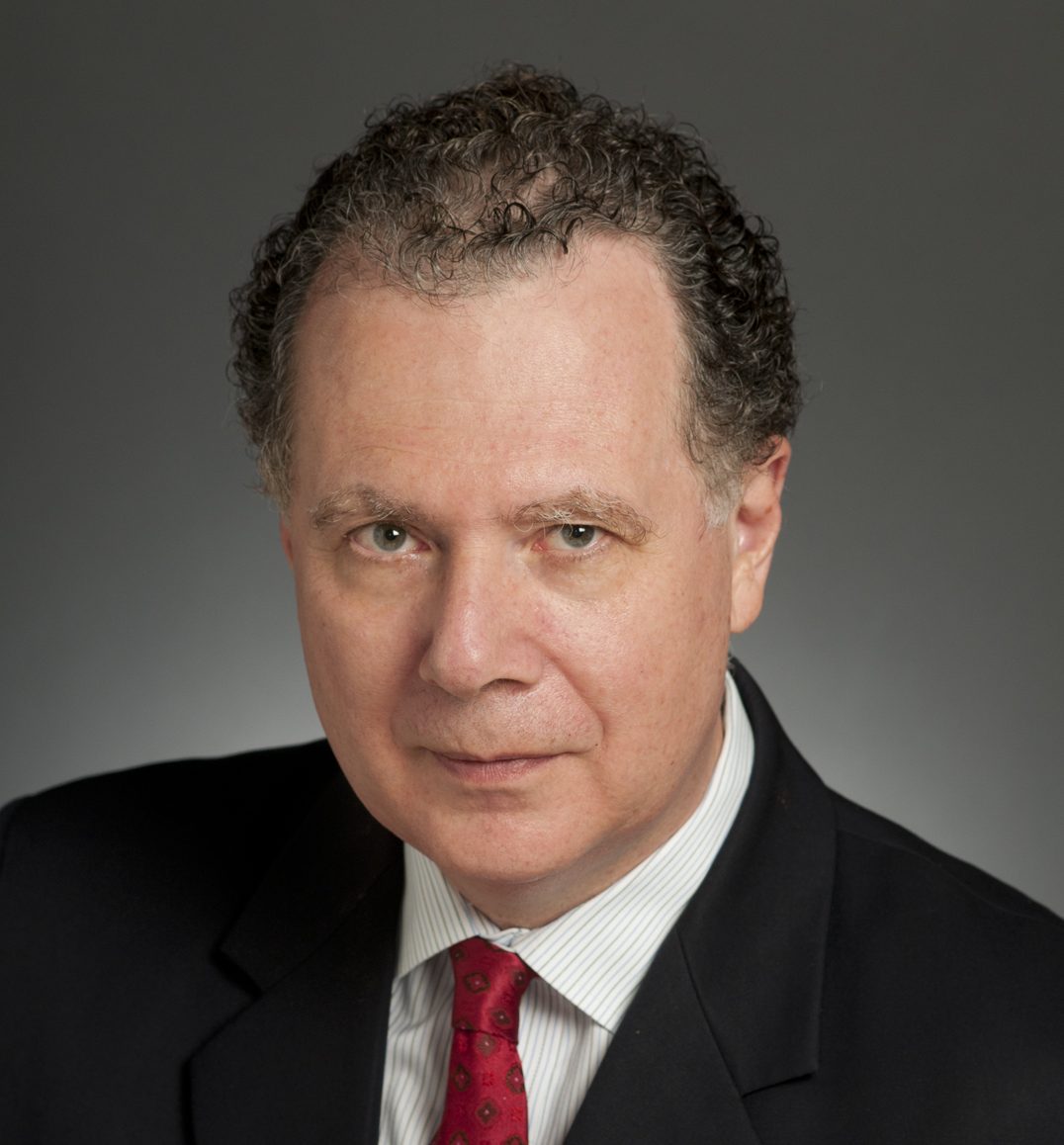 David P. Goldman, president of Macrostrategy LLC, a Senior Writer at Law & Liberty, and a Washington Fellow at the Claremont Institute’s Center for the American Way of Life. He writes the "Spengler" column for Asia Times Online and the "Spengler" blog at PJ Media, and is the author of You Will Be Assimilated: China's Plan to Sino-Form the World (Bombardier Books) and How Civilizations Die (and Why Islam is Dying Too)(Regnery). 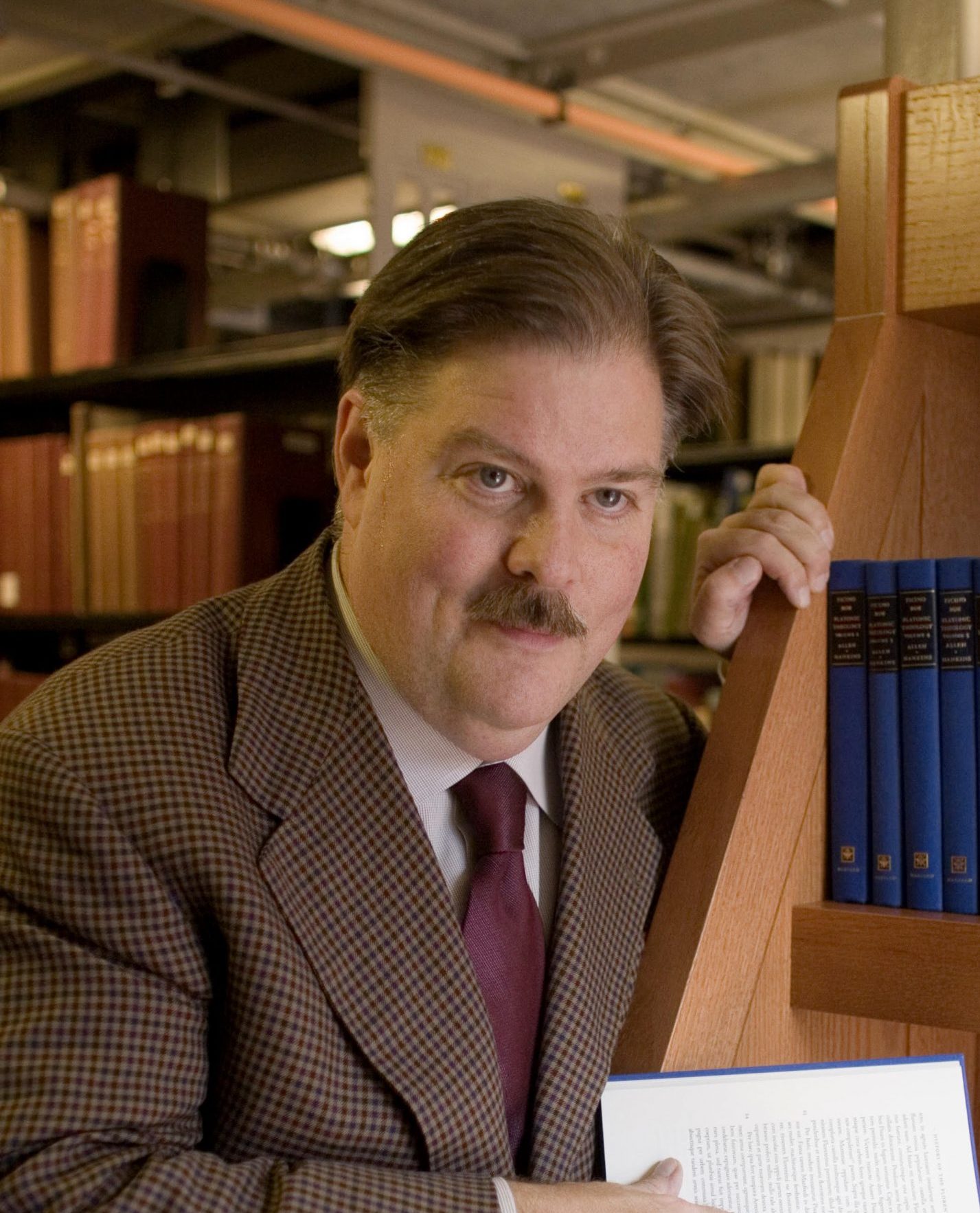 James Hankins is a professor of History at Harvard University and a Senior Writer at Law & Liberty. His most recent book, Virtue Politics: Soulcraft and Statecraft in Renaissance Italy, was published by the Belknap Press of Harvard University Press in November 2019. 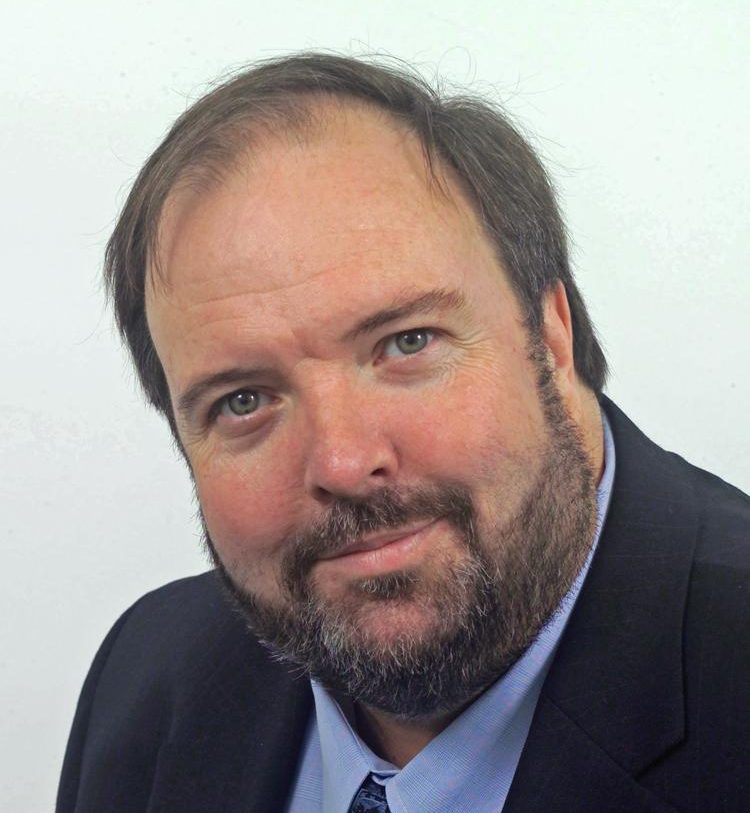 Daniel J. Mahoney is Senior Fellow at the Claremont Institute, Senior Writer at Law and Liberty, and professor emeritus at Assumption University. His latest book, The Statesman as Thinker: Portraits of Greatness, Courage, and Moderation, has just been published by Encounter Books. His book on the thought of Pierre Manent and Roger Scruton, Recovering Politics, Civilization, and the Soul, will appear from St. Augustine’s Press at the end of 2022. 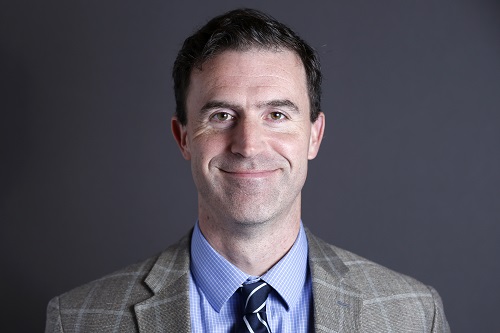 Richard M. Reinsch II is Director of the B. Kenneth Simon Center for American Studies at the Heritage Foundation as well as a Senior Fellow and columnist at The Daily Signal, and a Senior Writer at Law & Liberty. He is coauthor with Peter Augustine Lawler of A Constitution in Full: Recovering the Unwritten Foundation of American Liberty (Kansas Press, May 2019). You can follow him @Reinsch84 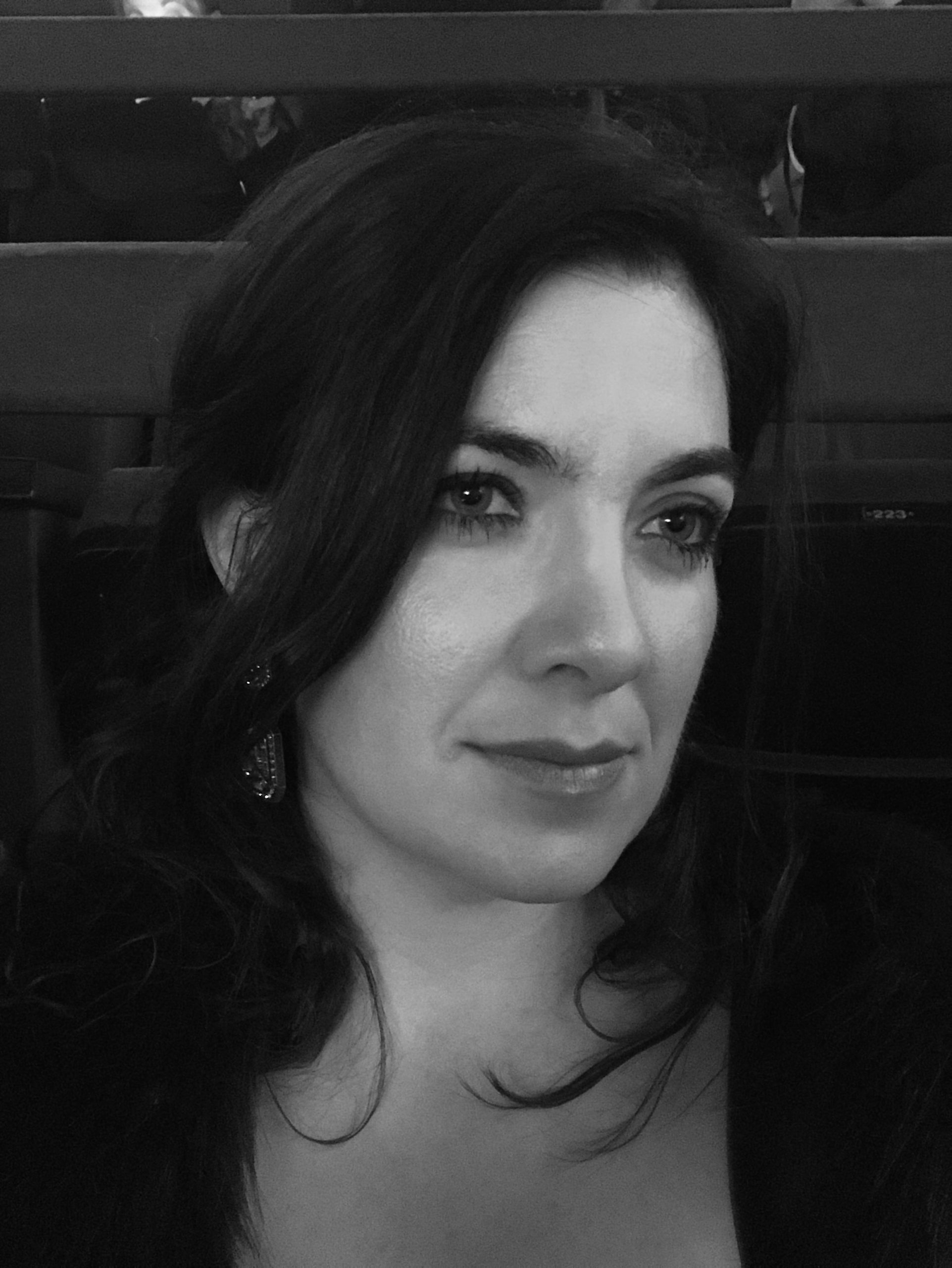 Rebecca Burgess is senior editor of American Purpose, a contributing editor for Law & Liberty, associate scholar with the Classics of Strategy and Diplomacy Project, and a visiting fellow with the Independent Women's Forum. Previously, she was a research fellow both in Foreign and Defense Policy and Social, Cultural, and Constitutional Studies at the American Enterprise Institute. 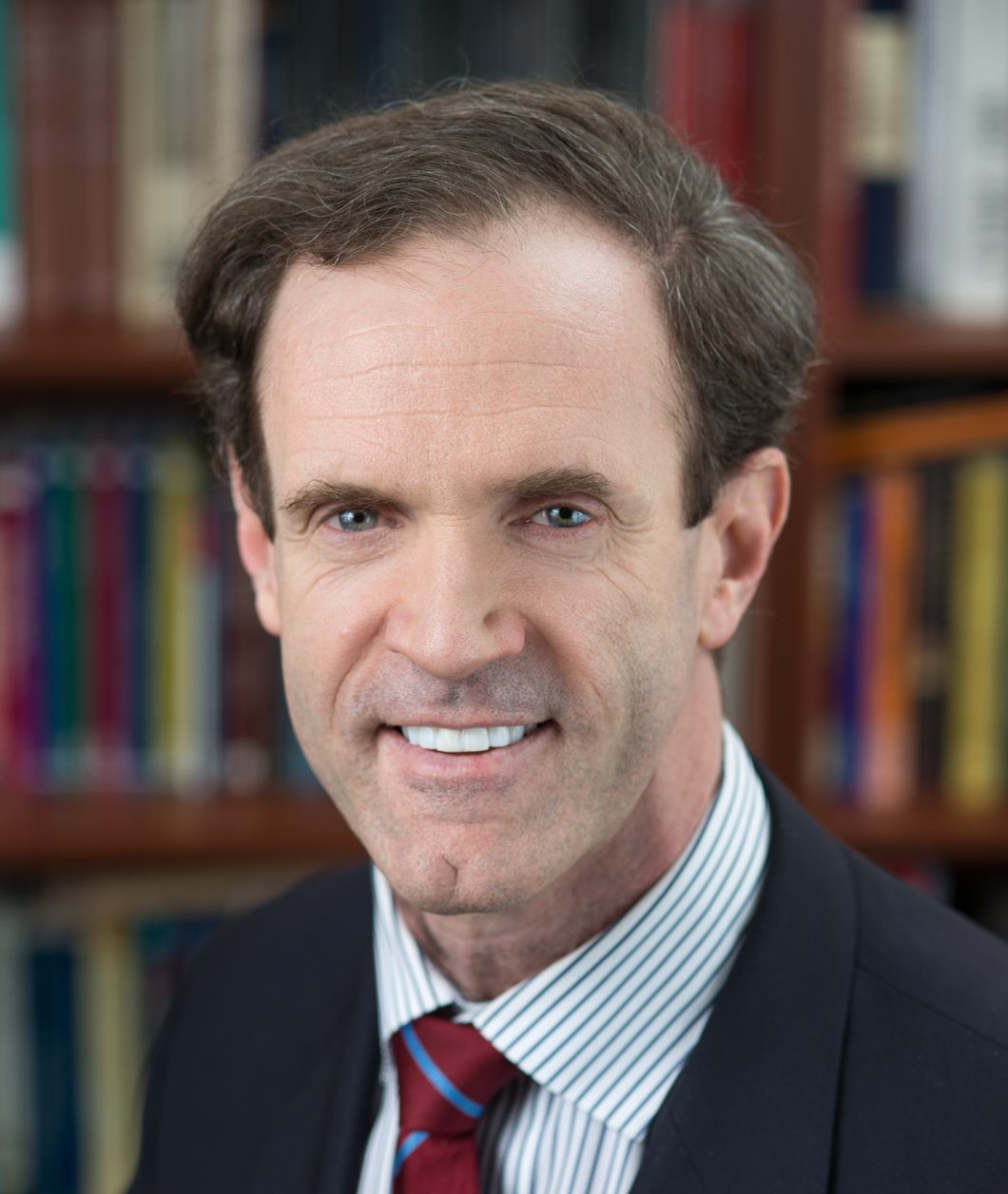 Samuel Gregg is Distinguished Fellow in Political Economy at the American Institute for Economic Research, and Contributing Editor at Law & Liberty. The author of 16 books—including the prize-winning The Commercial Society (Rowman &Littlefield), Wilhelm Röpke’s Political Economy (Edward Elgar), Becoming Europe (Encounter), the prize-winning Reason, Faith, and the Struggle for Western Civilization (Regnery), and most recently, The Next American Economy: Nation, State, and Markets in an Uncertain World (Encounter), as well as over 400 articles and opinion-pieces—he writes regularly on political economy, finance, American conservatism, Western civilization, and natural law theory. He is an Affiliate Scholar at the Acton Institute and a Visiting Scholar in the B. Kenneth Simon Center for American Studies at the Heritage Foundation. He can be followed on Twitter @drsamuelgregg 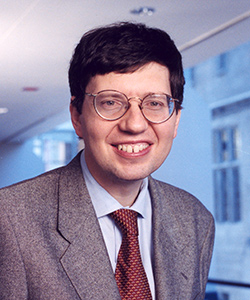 John O. McGinnis is the George C. Dix Professor in Constitutional Law at Northwestern University and a Contributing Editor at Law & Liberty. His book Accelerating Democracy was published by Princeton University Press in 2012. McGinnis is also the coauthor with Mike Rappaport of Originalism and the Good Constitution published by Harvard University Press in 2013 . He is a graduate of Harvard College, Balliol College, Oxford, and Harvard Law School. He has published in leading law reviews, including the Harvard, Chicago, and Stanford Law Reviews and the Yale Law Journal, and in journals of opinion, including National Affairs and National Review. 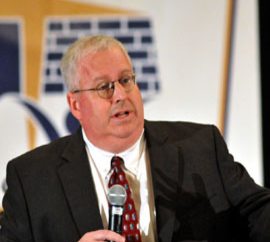 James R. Rogers is Associate Professor of Political Science at Texas A&M University and Contributing Editor at Law & Liberty. He holds a J.D. as well as a Ph.D., and teaches and publishes at the intersection of law, politics, and game theory. He has published articles in the American Journal of Political Science, the Journal of Law, Economics, and Organization, Public Choice, and in numerous other journals. He edited and contributed to the book Institutional Games and the Supreme Court, and served as editor of the Journal of Theoretical Politics from 2006 through 2013. 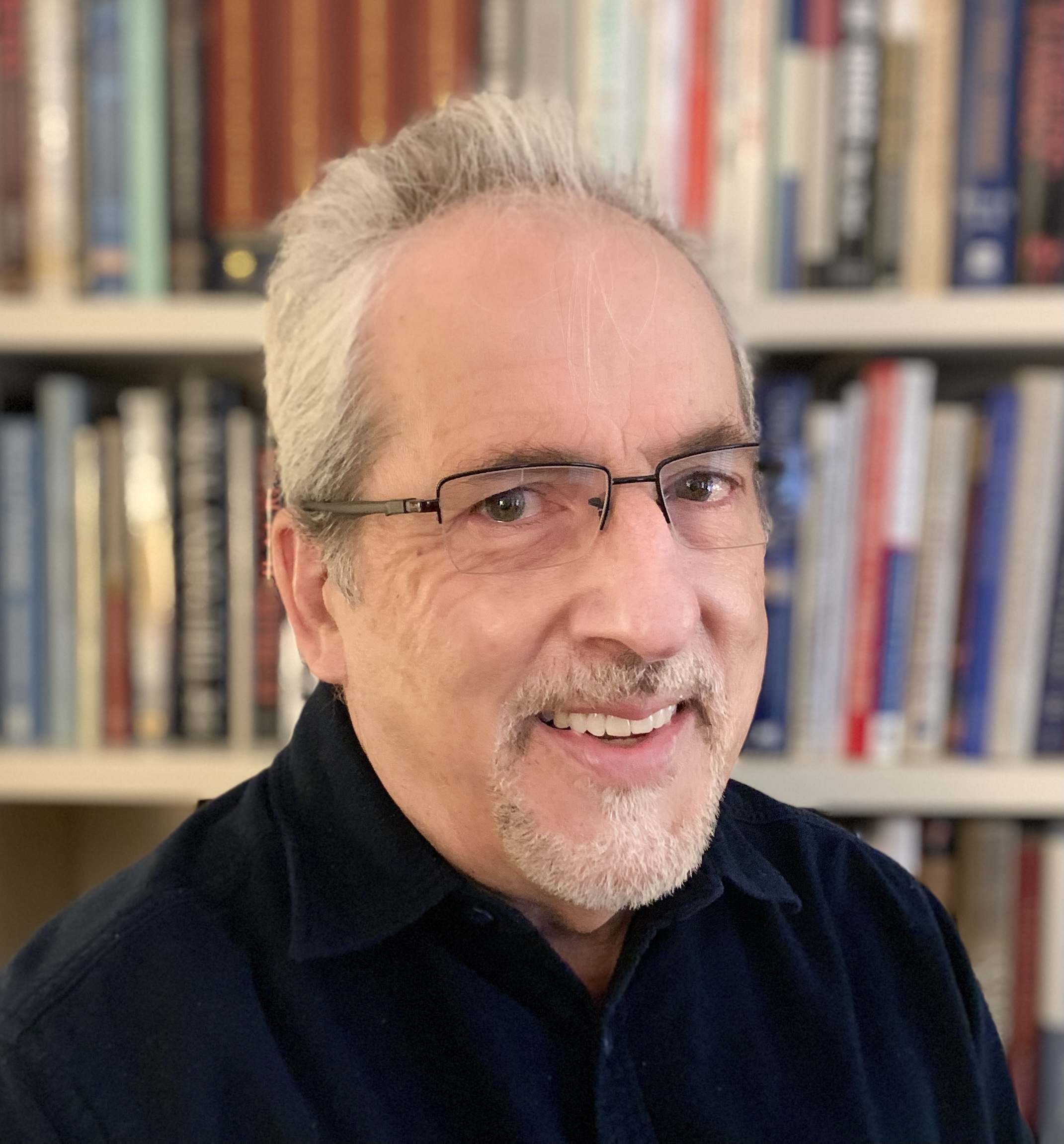 Mark Pulliam writes from East Tennessee. A Big Law veteran, he retired as a partner in a large law firm after practicing for 30 years. A contributing editor to Law & Liberty since 2015, Mark also blogs at Misrule of Law. He considers himself a fully-recovered lawyer. 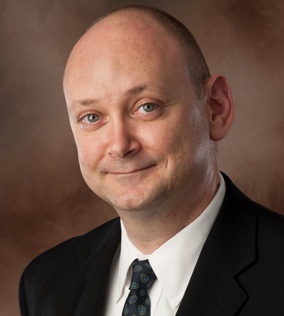 Greg Weiner is a Contributing Editor of Law & Liberty. He is a political scientist at Assumption University and a visiting scholar at the American Enterprise Institute. Weiner is the author of Old Whigs: Burke, Lincoln, and the Politics of Prudence and The Political Constitution: The Case Against Judicial Supremacy. He tweets at @GregWeiner1.