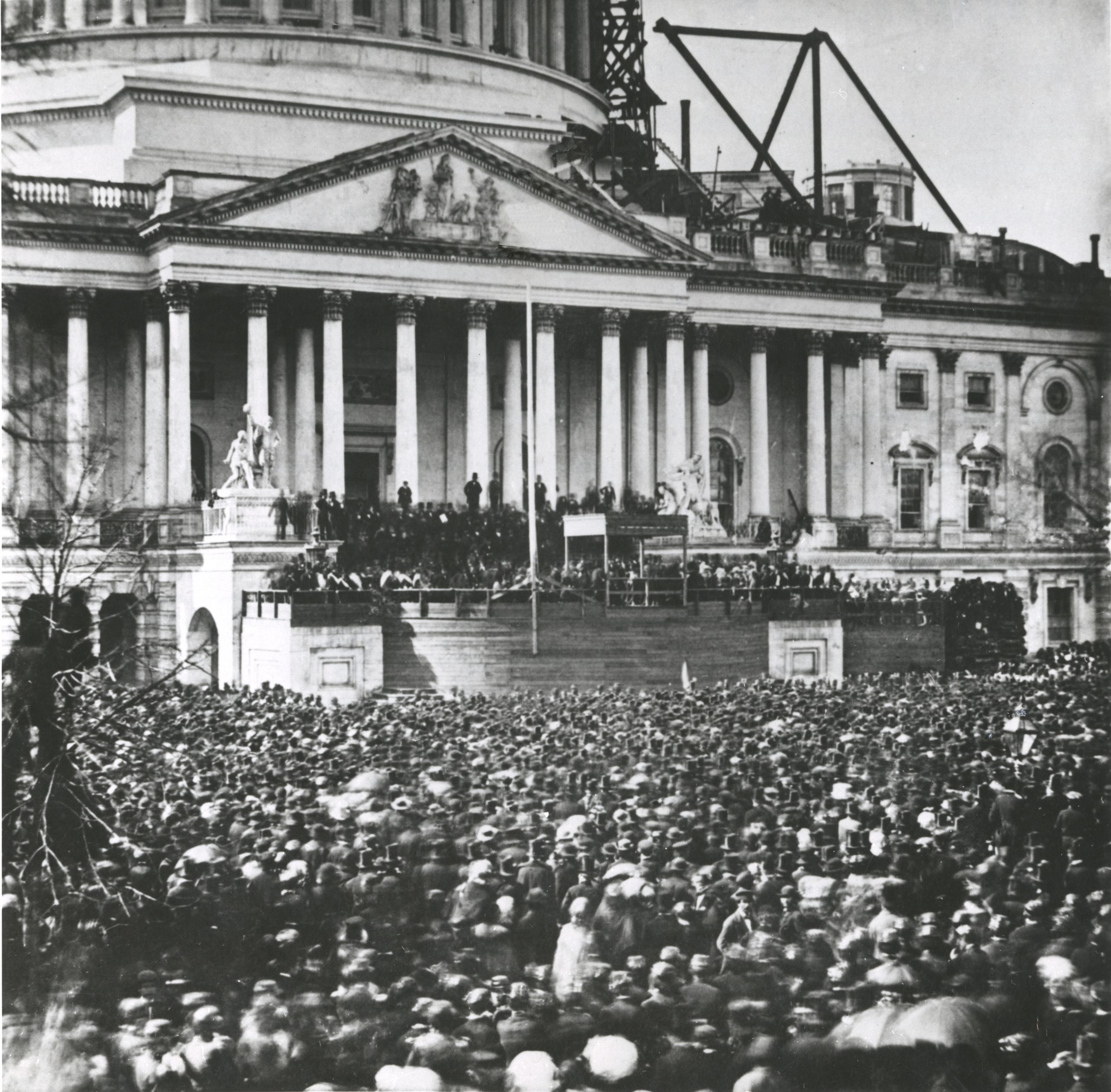 David Brooks’ recent column on the relative friendlessness of Americans’ lives captures something of the way we live now. But his idea of establishing summer camp-like meetings of diverse people to plant the seeds of friendship seems clumsy. Abraham Lincoln had civil society thoughts, too; Brooks quotes philosophers but misses out by not referencing Lincoln, who saw the potential in such get-togethers as county fairs, lyceums, and Fourth of July gatherings. Whereas Brooks focuses on the here and now, Lincoln thought of this socializing as rooted in a past that deserves veneration.

Fraternal (or sororal) love presupposes paternal (and maternal) love. Americans, while far from ancestor-worshippers, do feel attachment to a universal creed—the equality of all humans in their natural liberty and natural rights—and want to attach themselves to others who feel likewise.

At the Wisconsin Agricultural Fair in 1859, Lincoln reflected on the pleasures of such gatherings, on their political use, and on their way of spreading the knowledge of technological progress. “They make more pleasant, and more strong, and more durable, the bond of social and political union among us,” said Lincoln. Ultimately, this bond would produce increasing “prosperity and happiness,” he concluded, “which, while the earth endures, shall not pass away.”

If he were around today Lincoln would say we lack deep friendships because we have largely lost our hold on what is abiding.

In the midst of his struggle the previous year to oust Stephen Douglas from the U.S. Senate, Lincoln had used his devotion to the Declaration of Independence’s revolutionary idea of equality to draw people together—while also, for this was a political contest after all, contrasting his vision of a striving America against his opponent’s vision of a privileged America.

the electric cord in that Declaration that links the hearts of patriotic and liberty-loving men together, that will link those patriotic hearts as long as the love of freedom exists in the minds of men throughout the world.

It was a cord, he said, that could encompass the newest Americans every bit as much as the native-born and the descendants of those who crossed the Atlantic on the Mayflower.

Granted, the “electric cord” image may be jarring; it seems anachronistic, until examined more closely. In fact it seems to be a scientific metaphor for an invisible bond. A nonbeliever could accept this kind of unity, while rejecting the religious kind to which Lincoln also appealed.

Lincoln’s rhetoric demonstrates that science and religion can agree about the truth of the American experiment.

He could not have meant anything like the electric cord that connects a laptop to the wall socket. But electric telegraph wires were then transforming America, making the large and diverse nation an “organic whole” (as Daniel Walker Howe described in his 2007 What Hath God Wrought: The Transformation of America, 1815-1848).

Besides the electric telegraph uniting the continent, Lincoln also has in mind the uniting of generations of Americans with their Founding—over time as well as space. Such unity over the generations was later to be the central theme of the Gettysburg Address, with its imagery of “forefathers,” conception, and “a new birth of freedom.” Lincoln challenges Americans in the 1850s to open and not delete the message transmitted from Philadelphia four score years before.

A third meaning of electric cord, moreover, has to do with the human nervous system. As a student of both Euclid and modern technology, Lincoln may well have had in mind the electricity of the central nervous system transmitted through the spinal cord. Can the brain properly command the limbs and other organs, in particular the heart? Patriotic Americans’ hearts will be moved by their love of liberty, “as long as the love of freedom exists in the minds of men throughout the world.” American political unity requires a basis in what is universal.

By themselves neither the Bible nor science can teach us politics. But a prudent statesman can link the two and use both for the purpose of teaching Americans who they are, why they ought to be pleased with each other’s company, and why their association is significant as a window to eternity.

The problem posed in Lincoln’s July 10 speech is that more and more American citizens have no family connections to the Founding generation, so they cannot see themselves as appreciative grandchildren. The solution is there, too, and consists of the shared recognition of human political equality. That recognition ties together all good American citizens (and indeed in some manner all who love liberty, “throughout the world”).

Lincoln’s prudential statesmanship rose to poetic heights in this speech, in which the “electric cord” passage is not about equality as the central idea of American politics (as Lincoln sometimes presents it elsewhere) but as a moral sentiment, albeit one that can be taught.

Just after that passage, Lincoln goes on to excoriate Douglas for his “don’t care” policy toward slavery because of its tendency “to rub out the sentiment of liberty in the country.” It is far better that the “moral sentiment” of equality remain, as he says in the speech, “the father of all moral principle” among us, as it was for the Founders and is for all lovers of liberty then and now. (As Lincoln later put it, borrowing an expression from Henry Clay, Douglas’ policies were “blowing out the moral lights” of Americans.)

In this speech the Founders are presented not as political thinkers but as “iron men”—as hard, determined fighters. They fought for “the principle they were contending for.” The emphasis is on the Founders’ acts rather than their intellects.  Lincoln sees that what most of his audience is longing for is not instruction in political thought, but a “feeling” that “we”—including “they” who are not connected to the Revolution by blood ties to ancestors—are “more attached to one another” and to our country.

The reasons for more mutual attachment go beyond material prosperity. To cultivate this sentiment—this feeling—it is our “hearts” more than our “minds” that need to be interconnected. And what links hearts, and makes them feel linked, is the recognition of equality. This recognition is not just a cool, nerveless observation but a physically transmitted and felt feeling. Being an American means you feel it.

Etymologically, “cord” and “chord” are almost identical. Not long after the Chicago speech, Abraham Lincoln would be President Lincoln, and in his inaugural address, he again appealed to the emotions. He made a plea that the seceding states pause and consider what they were doing—and realize what violence they would do to the “mystic chords of memory, stretching from every battlefield and patriot grave to every living heart and hearthstone all over this broad land.” Lincoln hoped that these mystic chords tying himself and all of his contemporaries to the Revolutionary War would hold together Americans’ bonds of affection, and stop them from becoming warring enemies.

The seceding states’ rejection of this plea did not invalidate the important universal and abiding truth that Lincoln had expressed and tried to protect with his electric cord metaphor. Active recognition of that truth remains essential to Americans’ social bonds of affection and political health.

The Truth is Marching On

What Use Is an “Inalienable” Right?

If the right to liberty is alienable, whether despotic rule is just or unjust depends on the actual set of agreements between the people and their ruler.

Progress of a Conservative

The Distinction Between Constitutional Law and Constitutive Traditions