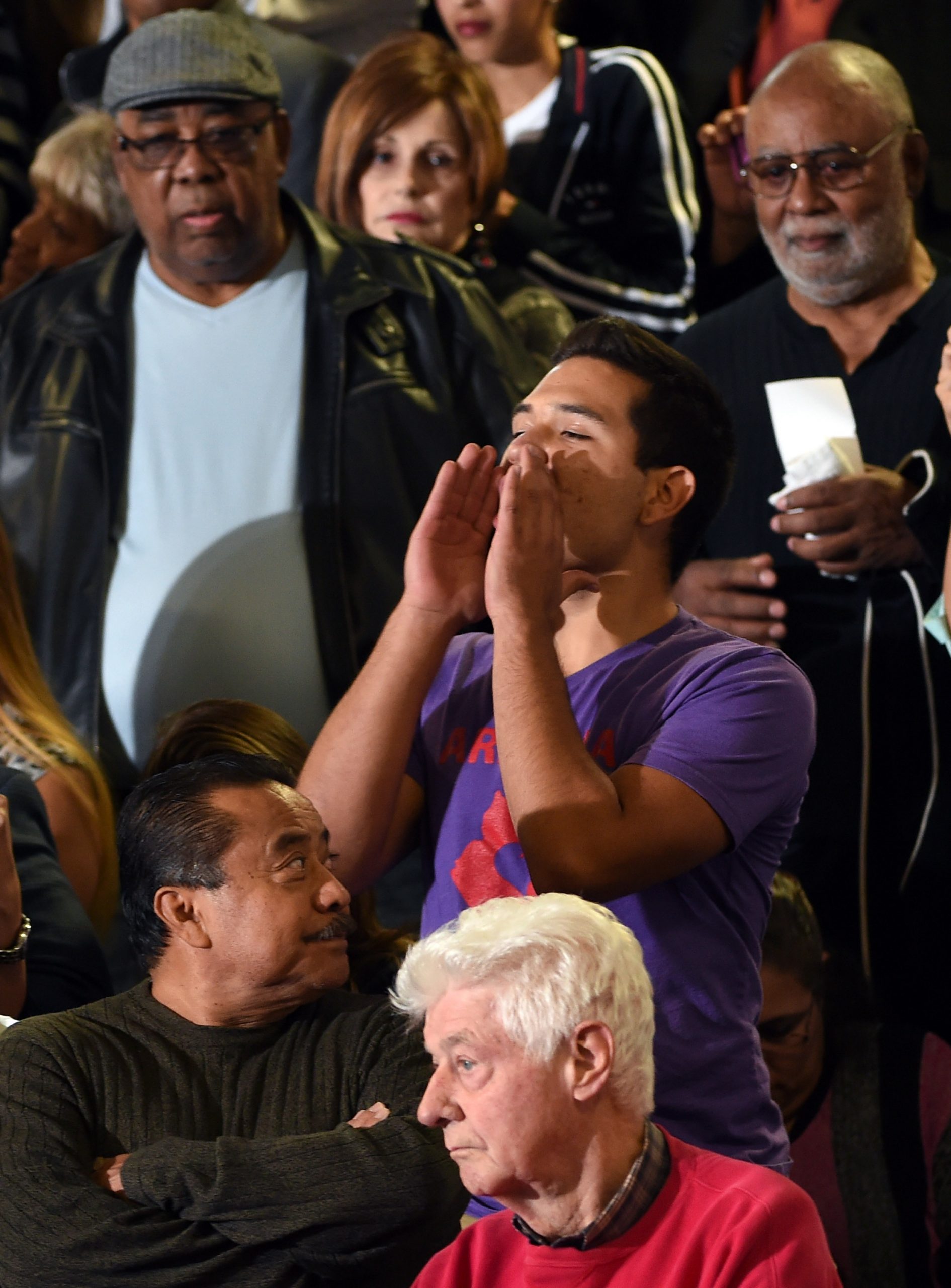 It was inevitable that some supporter of President Obama’s would come along and compare his executive action on immigration to the most famous executive order of them all, President Lincoln’s Emancipation Proclamation. Yale law professor Bruce Ackerman has done the honors, and his comparison is, not to put too fine a point on it, weak. Ackerman understands Lincoln’s wartime act as forcing the Congress to legislate, forcing its members to be free to free the slaves. On this calculus, a military coup might also qualify as a tutorial in democracy. As James Oakes shows, the Proclamation was the culmination of the work of Lincoln’s administration, his generals, and state officials. It moved the war aims from preserving the Union to a “new birth of freedom.”

A truly Lincolnian strategy on immigration today would not, any more than the Founders would, make citizens of all immigrants. (After all, is not an immigrant, just as anybody born here, potentially dangerous to the nation?) What it would do is make political loyalty to the fundamental principles, not a mere desire to earn a living, the focus of who legitimately enters the country.

Our atavistic notion of “birthright citizenship” obscures what the Founders originally sought in the common citizenship of a social contract that binds individuals together who honor each other’s fundamental rights. The citizen, at a minimum, works, attends school, speaks English, knows and obeys the laws, and identifies primarily with the United States, not the land from which he or she originally came—in a word, the minimum of what we would expect from a person capable of self-government.

It is not as though one must be awarded citizenship in order to earn respect for inherent natural rights. But illegal entry violates such mutual respect. Such entry puts the illegal immigrants into a state of nature with regard to lawful society. They should be grateful to be treated more humanely.

Most important, just as our principles should remain those of Thomas Jefferson’s Declaration, so should his fears inform ours: Immigrants “will bring with them the principles of the governments they leave . . . if able to throw them off, it will be in exchange for an unbounded licentiousness, passing as is usual, from one extreme to another.” (Notes on the State of Virginia, Query VIII) Alexis de Tocqueville would later note that tendency of democratic souls to leap from flattery of despots to anarchy. The middle is hard to achieve, and President Obama has inflamed both extremes.

His immigration reform by executive fiat privileges previously marginalized groups, not the equal, natural rights of individuals. In this, Barack Obama has far more in common with Stephen Douglas than he does with Abraham Lincoln.

In the real spirit of the Declaration of Independence and of Lincoln, critics of Obama’s immigration policy should underscore the equality principle. The problem is not that there are too many immigrants but that there are not enough Americans. Obama, in his speech announcing his executive actions, makes immigration the means of a continuous refounding of the nation: “It’s about who we are as a country, and who we want to be for future generations.”

But the fact is that republican—that is, self-governing—citizens do not spring up untended from the soil. Tocqueville described the pioneer American as the product of 18 centuries of civilization. Nativism tempts. The continuing challenge for America is not for people from hither and yon to merely adjust to the extant culture and its various subcultures but rather to know and appreciate the best the nation offers, and that means going to its origins. Any other standard yields the country to strangers, their tribes and subcultures, and those who manipulate them, as Obama would.

Lincoln came to head a new political party comprised of disparate interests—old Whigs, antislavery activists, nativists, temperance fanatics, free soil advocates—whose unity would come about through adherence to the Declaration as an expression of the Founders’ principles. Thus he moderated the nativists and abolitionists and elevated Whigs and free-soilers by showing how they and even recent immigrants were “blood of the blood” and “flesh of the flesh” of the Founders.

By contrast, the great Democrat Douglas made the Declaration and its legacy one exclusively for the white race, including groups such as the Irish and other immigrants, Catholics, Mormons, and other aggrieved white groups who might enjoy the Democracy’s protection. The actual history of America’s development more follows Douglas’s tribal conception of democracy than that of Lincoln. (For a discussion along these lines, see Peter Skerry’s response to the fine Liberty Forum essay on immigration by Richard Samuelson.) Obama’s appeal to aggrieved groups follows the Douglas strategy. But we are not doomed to allow Douglas to win any further rounds.

Obama’s speech and his executive memoranda do not recognize a significant political obligation on the part of immigrants, especially those who came in without the consent of the people and their government. Perhaps the best short commentary was by the Latino heckler at Obama’s subsequent Las Vegas speech, who denounced him for not going far enough. Consider the truth in that—for the President’s act, done in the name of reform, leaves the immigration system more “broken” than it was before. The memoranda propose increased enforcement against criminal immigrants and decreased the likelihood of enforcement against gardeners—as though the hapless Department of Homeland Security were capable of the one or ever took seriously the other.

On the other hand, rubber-stamp non-enforcement of laws could effectively eviscerate them. Notice how Orwellian it is for the administration to repeatedly claim that it is using “prosecutorial discretion.” As Josh Blackman put it: “Despite the insistence on prosecutorial discretion, the process seemed stacked to defer [the deportation of] everyone who meets the bare clerical requirements, and even then defer those that do not.”

Worsening employment for poorer Americans and those competing for high-tech jobs could result from Obama’s policies. The most thoughtful defense of them is by Ilya Somin, who sees modest policy benefits from actions that, he grants, push the legal envelope.

In the Immigration and Nationality Act, Congress carefully limited prosecutorial discretion by allowing the president to waive exclusions and deportations only under narrowly defined conditions. The act also granted the president broad power to suspend the entry of “any class of aliens” he finds detrimental to the national interest—but, significantly, did not give him corresponding authority to legalize “any class” of undocumented people he thinks deserve it.

By dividing the executive actions into several memoranda, the administration has created parts some of which could pass legal muster, even as others failed to do so. It therefore seems a daunting task to legally challenge all or part of the immigration actions, and it could distract from the worthy battles against other administration malfeasance like Obamacare and IRS abuse. There is a principle of constitutional governance uniting all these issues, though not in a court suit.

Might someone besides Victor Davis Hanson comprehend the costs and benefits of uncontrolled migration? The most balanced account of unlimited immigration is his book Mexifornia, in which he describes the effects of the migrant population on his California farm and the university students he teaches.

Is it right to demand more of those who lack mere birthright citizenship, while Americans suffer from a lack of education in history and even basic civics? There may be a global marketplace, but Americans still need to live in particular places and be responsible for their own governance. Immigrants need to embrace the Declaration’s principles. They could teach Americans about their heritage. Above all they need to recognize how the same principle of equality that makes their entry into America conceivable also demands limited, constitutional government.

When Deference Is Dereliction

Libertarians Can Believe in Borders: Pat Lynch Responds to His Critics

Immigration Cases Make Strange Bedfellows. But Is It a Long-Term Relationship?

Dimaya v. Sessions is a milestone simply because the Court struck down a provision of immigration law, but it has wider implications.