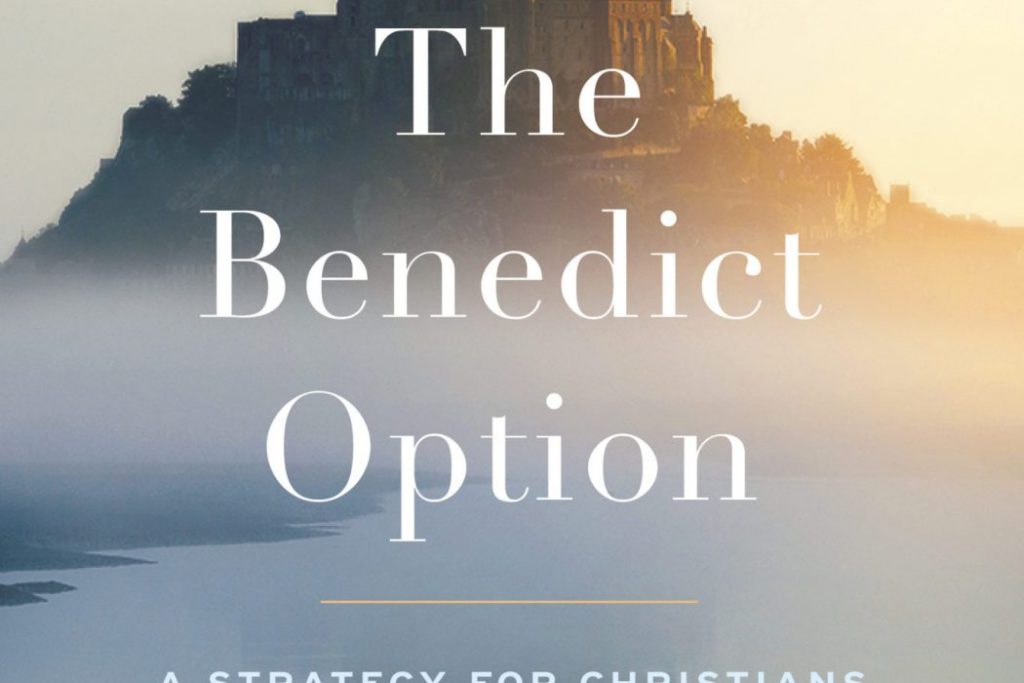 The Benedict Option, Rod Dreher’s much-discussed book, has largely been portrayed as a way to rethink Christian political and cultural engagement. How, exactly, the rethinking ought to play out has been debated incessantly, albeit often superficially, as only the Internet can ensure. Dreher does attempt to make clear, in any case, that Christians should focus “all the attention they have left for national politics” on expanding religious liberty.

Religious liberty is naturally necessary for any religious undertaking and Dreher is right to recognize that without it no one could take his advice to focus on cultivating local politics and community. But despite his recognition that religious liberty is of paramount importance, in his book the First Amendment is shown in a surprisingly negative light.

In the second chapter, Dreher writes: “The U.S. Constitution, a Lockean document, privatizes religion, separating it from the state.” He reasons that, notwithstanding the good of religious liberty, the Constitution had the effect of segregating “the sacred from the secular” and “laid the groundwork for excluding religion from the public square.”

There is some support for this view of the Constitution—notably in the authoritative voice of Justice Antonin Scalia, who wrote 25 years ago that “The mere possession of religious convictions which contradict the relevant concerns of a political society does not relieve the citizen from the discharge of political responsibilities.” That decision, Employment Division v. Smith (1990), is widely read to have restricted the more accommodationist decisions that preceded it by holding that laws of general applicability need only be justified by a rational basis.

In Smith’s aftermath, a broad coalition of religious and civil rights groups set out to push back against the Smith precedent. The sense that lawmakers and judges were misunderstanding religion was widespread and justified. For instance, Stephen Carter wrote in The Culture of Disbelief (1993) that “we have created a political and legal culture that presses the religiously faithful to be other than themselves, to act publicly, and sometimes privately as well, as though their faith does not matter to them.”

However, Smith was just one chapter in constitutional history. The history since then—especially considering many of the successes in expanding religious liberty since Smith—do not lead to the straightforward conclusion about the Constitution that Dreher reaches. In fact, a broader view of history that considers the origins of the First Amendment and the subsequent development of its case law tells a different story.

Several early drafts of the First Amendment did not contain a free exercise clause but only offered a general protection of “conscience.” One draft as proposed by the House of Representatives in the first Congress merely instructed that “Congress shall make no laws touching religion, or infringing the rights of conscience.”

A conference committee of the House and Senate produced the final language. We do not know exactly what the debate in that conference looked like, but we do know that the men who gathered were not influenced exclusively by John Locke and the Enlightenment. Emory law professor John Witte, Jr. has observed that a wide variety of Puritan, evangelical, civic republican, and Enlightenment justifications for religious liberty developed in the American colonies. A compromise among these views resulted in the Constitution as we know it today.

Whatever other faults the Constitution may have, that document, the result of compromise, explicitly protects the “free exercise” of religion instead of protecting the arguably more general right of conscience. In fact, the constitutional scholar Michael McConnell has argued that the language of the First Amendment—by virtue of the language of the state constitutions on which it was based—was chosen specifically to refute the idea that religion must be privatized.

Religious people themselves have not generally seen the Constitution as requiring them to privatize their beliefs. Alexis de Tocqueville even thought that Americans were more religiously observant than their European counterparts precisely because of the Constitution’s dual promises of separation of church and state and religious toleration.

As a matter of constitutional history, albeit with some notable exceptions and debate, the First Amendment as it was finally adopted has not been read to demand the privatizing segregation of sacred and secular that Dreher claims. The high point of religious liberty jurisprudence in the 1960s and 1970s produced a series of cases that treated religion generously and made it clear that religious people need not abandon the religious aspects of their identity to fully partake in public life.

This is not to say that there are not serious disputes about religion’s role in American society and its relationship to our law. In legal academia and in our society generally, people have increasingly argued that religious liberty ends where popular political piety says it ends.

However, even since the 1990 Smith case there has been evidence and hope to believe that religious liberty is not on a straight path of decline. It was not until recently that the pushback against the post-Smith religious liberty movement began. In that time, we have made serious gains at the state level and the national level, too.

The polarized media coverage of the Roberts Court to one side, the Court has in practice been rather deferential to claims of religious prerogative and has adopted a tone that broadly treats religion as a public good. As recently as 2014, Justice Kennedy upheld a town’s allowing Christian prayer at government events on the reasoning that a “Government may not mandate a civic religion that stifles any but the most generic reference to the sacred any more than it may prescribe a religious orthodoxy.” In other words, the Constitution permits religious believers to bring the religious aspects of their identity with them into the public square.

Our current moment, then, is but another chapter of religious liberty in America in which different forces are battling for the interpretation of the law. The opposition to religious liberty is real and visceral, and all our legal gains are indeed qualified by the fact that our intellectual climate today, particularly in higher education, is hostile to the spirit of free speech and religious liberty. Dreher correctly advises us to invest heavily in efforts to expand religious liberty in such an environment, but agreeing with liberal theorists that the Constitution privatizes religion is a strange place to start. In doing so, Dreher finds himself in the curious company of John Rawls and Justice Ruth Bader Ginsburg.

Dreher is right that politics can’t save us, but our political inheritance does not necessarily doom us, either. There is much in our constitutional history that can be salvaged. Advocating religious liberty in the future will require working from where we are now. Fortunately for Dreher and those who will seek out ways to implement the Benedict Option—itself a laudatory goal in theory—the legal tools we have at our disposal will give us a fighting chance to expand religious liberty.

Originalism and the Future of Religious Freedom

The new manuscript will not solve any of the Lockean paradoxes, it does provide us with a glimpse into his reasoning about Catholics in politics.

Assessing the Blowback from Hobby Lobby