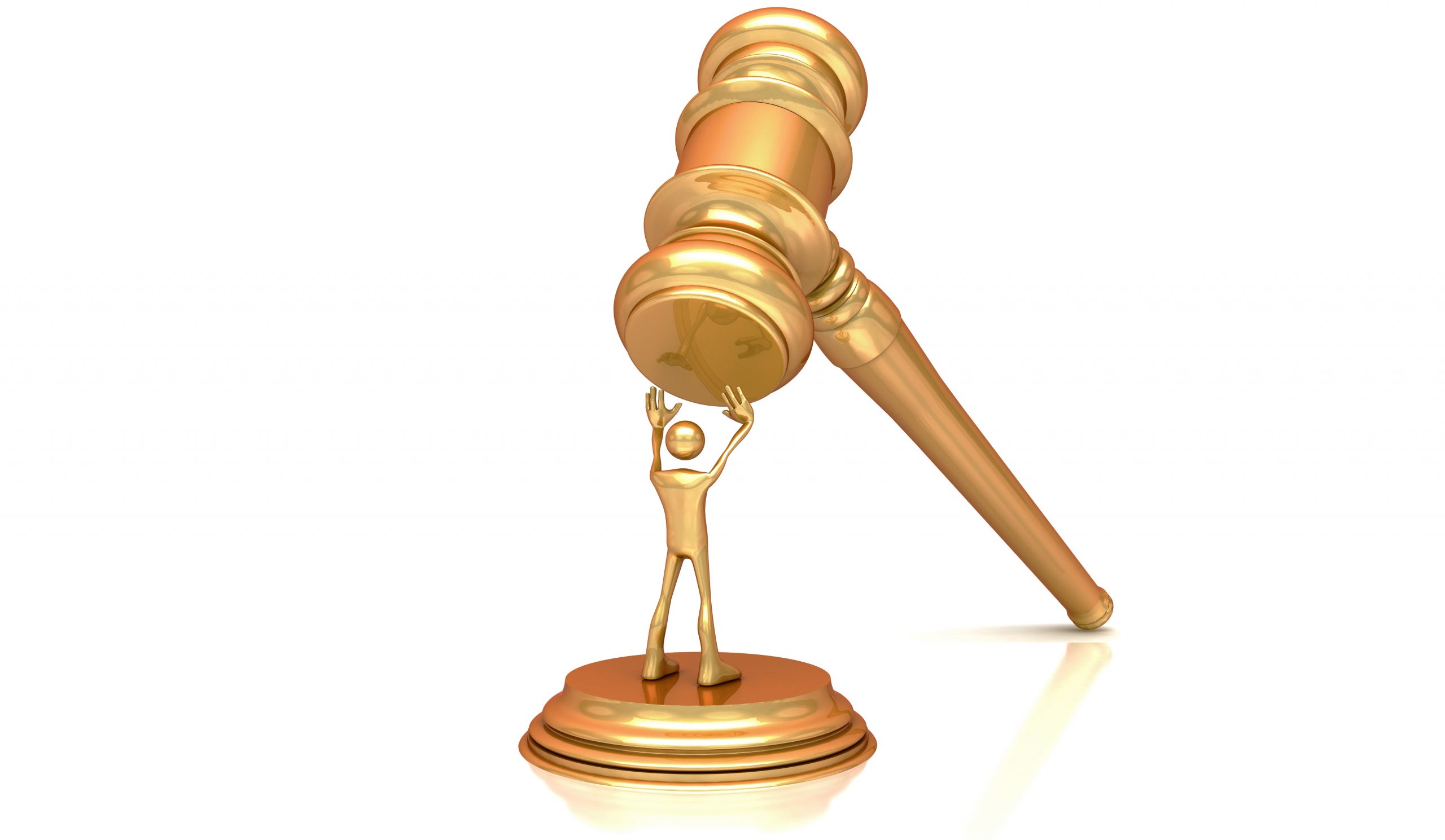 Over the past few years, state attorneys general have brought dozens of lawsuits challenging the Obama Administration’s regulatory initiatives. In addition to leading constitutional challenges to the Affordable Care Act, AGs have sued to block new environmental regulations, implementation of the Dodd-Frank financial law, and a host of other federal policies. For those concerned about the size and scope of federal power, this is a welcome development. Who is better positioned than the states’ top litigators to use law as a bulwark to protect the rights of states against an expanding federal government?

The problem with this picture is not so much that it is wrong than that it is woefully incomplete – something that I explore in my new book, Federalism on Trial: State Attorneys General and National Policymaking in Contemporary America. One of the book’s key points is that particularly since the late 1990s, AGs have frequently intervened in national policy for the ends of regulatory expansion rather than to enforce governmental restraint. In numerous areas of the American economy, from health care and energy to finance and technology, pro-regulatory AGs have served to strengthen the role of government vis-à-vis the private sector. The upshot of this activity, I suggest in the book, is to dispel the common assumption that “states’ rights” is necessarily synonymous with “smaller government.” Instead, it illustrates a key dynamic in contemporary American politics: that some of the most important expansions of government power arise not from Congress or federal agencies, but from the activism of state-level politicians.

So why did I focus on state actors mainly known for being, as the joke goes, “aspiring governors”? What makes their activism so important? The key lies in the AGs’ ability to exercise nearly exclusive control of litigation in the name of their states. This power has allowed AGs to shape national policymaking in ways that other state actors cannot, especially by relying upon increasingly innovative theories of corporate liability to forge new regulations on American industry.

The Expansion of Corporate Regulation through AG Litigation

Perhaps the most well known example of this dynamic occurred in the late 1990s, when forty-six AGs reached a national settlement with the tobacco industry that produced a dramatic shift in national tobacco policy. The Master Settlement Agreement, as it became known, was the culmination of years of investigations by AGs who sought to “hold the industry accountable” for an array of alleged corporate abuses allegedly contributing to higher government health care costs. Through the settlement, AGs managed to subject the industry to new and far-reaching regulations, and all without the action of the federal government. These regulations placed broad restrictions on cigarette sales and marketing, dissolved the industry’s main lobbying group, and required tobacco companies to pay roughly a quarter-trillion (with a “T”) dollars to government coffers.

The tobacco settlement was unusual for its sheer size – it remains the largest civil settlement in American history – but it represented a new form of policymaking that has since become common. Building upon their success in regulating the tobacco industry through litigation, AGs have since turned their sights to other major industries.

The best post-tobacco example involves the pharmaceutical industry, which has been the subject of dozens of AG investigations over the past decade. The AGs’ involvement followed years of attempts from industry critics to enact legislation targeting alleged corporate greed and malfeasance, ranging from government price controls to bans on drug marketing. However, Congress generally rejected these efforts, persuaded by arguments that these policies would stifle research and innovation. Their road to regulation blocked in Congress, industry critics turned to the states and to litigation as more promising avenues. AGs, perfectly positioned at both of these alternative venues, were willing to oblige. Collaborating with various interest groups and plaintiffs’ lawyers, several AGs began a litigation campaign claiming that various industry practices constituted “fraud” that had drained government health care budgets.

Drug company defendants refuted the charges, noting that normally “fraud” evokes things like lying and deception. In many cases, however, AGs targeted corporate activities that were actually legal under federal law. For example, several cases involved allegations that drug company ads constituted “deceptive advertising” under state law even though the Food and Drug Administration had previously approved the same ads. Others involved AGs suing companies for distributing truthful information to doctors about the alternative uses of their products. In one remarkable (and ongoing) case filed last year, the New York AG has claimed that a drug company’s decision to end the sale of one of its products constitutes an antitrust violation, and is seeking to force the company to continue selling the older drug at its previous price.

Companies fought some of these lawsuits in court, often successfully. More often, however, drug companies have agreed to settle the AGs’ claims when faced with the prospect of expensive and time-consuming litigation. Collectively, these settlements have led to billions of dollars of corporate payouts since this campaign began in earnest in the early 2000s. These lawsuits, each seemingly more innovative than the last, has also served as a method of regulating several aspects of industry practice. As I detail in the book, these settlements have achieved much of what “Big Pharma” critics failed to win in Congress, including new restrictions on how companies can advertise, how they price prescription drugs, and with whom they can share information about their products.

This model of regulation through-litigation has continued in many other areas. In the book, for example, I examine how AGs used this approach to try to force energy firms to reduce greenhouse gas emissions. (As then Connecticut AG Richard Blumenthal tellingly described the case: “Some may say that the states have no role in this kind of fight…to them I would say: think tobacco.”) What unites these and other examples of contemporary AG activism is an attempt to forge new regulations on entire industries that effectively apply nationally, using litigation and global settlements as a method of regulatory control.

Forcing the Feds to Expand the Regulatory State

The AGs’ biggest victory came in the Supreme Court’s 2007 decision of Massachusetts v. EPA, which set the legal groundwork for the Obama Administration’s subsequent expansion of climate change regulation. In Massachusetts, the AGs argued that the Clean Air Act required the Environmental Protection Agency to regulate carbon dioxide and other greenhouse gases. This was despite the fact that the statute, last amended in 1990, said nothing about either global warming or carbon dioxide. (Indeed, the big fight in Congress at the time was whether to amend the act to address both of these things). Nevertheless, a sharply split majority sided with the AGs, ending the Bush Administration’s deregulatory approach and effectively forcing the EPA to act.

Many of these types of “policy-forcing” lawsuits occurred during the Bush Administration, but they have continued during the Obama presidency. The difference is now the federal government had allied with AGs. Shortly after the Obama Administration took office, the EPA settled many of the pending lawsuits by AGs and their environmental group allies by agreeing to adopt regulations the AGs demanded. This “sue-and-settle” strategy provides excellent cover for federal agencies, allowing them to claim that law rather than political discretion compels their regulatory actions.

In this sense, the pro-regulatory AGs’ strategy of suing the federal government works for all seasons. During the George W. Bush Administration – and just as surely during the next Republican presidency – pro-regulatory AGs act not just to block deregulatory initiatives but to force expansions in federal regulation. During Democratic administrations, the same bloc of AGs helps provide political cover for regulatory expansions the agencies themselves preferred.

The AGs and ContemporaryAmerican Federalism

There is much in the book that I cannot cover here, including an examination of the fundamental sources of contemporary AG activism and consideration of the broader consequences for American politics and policy. However, I will close by emphasizing a central point: contemporary American federalism is not just a story of “the states” trying to protect their sovereignty against an encroaching federal government. For one, “the states” in the context of litigation really means “the AGs,” who have a lot of control over whom they decide to sue. Different blocs of AGs pursue wildly different goals, and often oppose one another’s agendas. You do not see many states with Democratic AGs joining their Republican colleagues in the lawsuits against the Obama Administration. Indeed, just the opposite – the Democratic AGs have frequently lined up on the federal government’s side.

Most fundamentally, the actions of pro-regulatory AGs illustrate how “states’ rights” is not a panacea for those seeking fewer regulations and a smaller federal government. Devolving power to the states, as contemporary AG activism illustrates, can actually encourage regulatory expansion. In short, while fans of smaller government might cheer on the AGs now fighting the Obama Administration’s policies, keep an eye on the bigger picture. AGs’ more typical version of “states’ rights” looks a lot different from what the phrase usually implies.

The Legacy of Mr. Spock: Reason and Reverence

Rather than being opposites, markets are a superlative form of regulation.

Certification Instead of Regulation