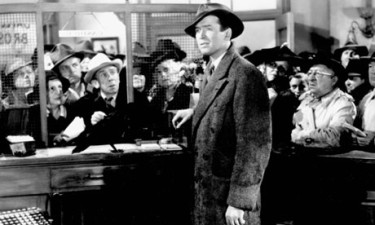 When I was young banks were as solid as a rock and those who managed them were respectable if slightly boring members of the community (probity being the dullest of virtues). Nowadays, however, I doubt that the words ‘bank’ or ‘banker’ would evoke many flattering epithets or synonyms in a word association test. ‘Casino,’ ‘Ponzi scheme’ or ‘card-sharp’ would perhaps be the least unfavorable of them.

As is all too often the case, I cannot quite make up my mind whether my dislike of banks is purely rational or a manifestation of Man’s eternal search for a scapegoat. I really only began to object to my banks’ practices after the crisis became manifest. Until then I had been rather flattered that, when I was slightly overdrawn, the bank sent someone round to my house to ask if I wanted to borrow much more money; and when, within five minutes on another occasion, it offered to lend me a million dollars. How different this was from the days of my youth, when – not more than five dollars overdrawn – I received a stern letter of rebuke from the bank, highly moralistic in tone, telling me that it expected me to ‘correct’ this situation without delay.

Even before the crisis I had observed, more with amusement than in anger, some of the banks’ less principled practices. For example, when I sent what for me was a large sum from my bank in England to my bank in France, the sum was deducted immediately from my account in England without being credited to my account in France. In fact it was not so credited for a period of ten days: and I had fondly thought that we lived in the age of instantaneous electronic transfer! How, then, did the bank send the money? In centime pieces by carrier pigeon? Where was the money in the meantime? Did the sending and recipient banks go fifty-fifty on the profits of the delay, that is five days each? I bothered neither to inquire nor to complain. I am small, the banks are large and would never tell the truth in any case. Financially it didn’t matter to me.

I had an illustration of the banks’ lack of commitment to strict truth not long ago. I have an account in US dollars in England into which I pay US checks. I noticed that the bank took from the sum paid in what seems to me rather a large amount, indeed a considerable proportion of the smaller check. I went to the bank to inquire why this was.

‘Interest!’ I exclaimed. ‘But I am paying money into the bank, not borrowing money from it. I am lending money to you, not the other way round.’

‘We credit your account straight away,’ said the teller smoothly. ‘but it sometimes takes up to six weeks for us to receive the money from America. So we have to charge interest on the six weeks period when you are credited.’

I overlooked the questions of why and how often it took six weeks for the money to arrive. I refrained from pointing out that the bank was in effect charging a rate of interest considerably in excess of 100 per cent a year on the smaller checks, and much more if the money arrived sooner than six weeks. I merely said that, since I was not in desperate need of immediate access to the money, I was content to wait the six weeks it took (or whatever period it was) for the money to be credited to my account.

And by happy coincidence – happy, that is, for the bank – the fee for waiting was almost identical to the interest charged.

Well, you might say, there are other banks, and so there are. But the differences in their charges are so trifling – a little more here, a little less there – that it is not worthwhile even to work out which would be most economical, let alone go to the trouble of actually transferring one’s accounts from one bank to another.

In France, the banks seem happy enough to receive money into accounts but become very inquisitive about withdrawals, at least in cash. Then they demand to know what the money is for and to see your tax returns. Their motto is that money paid in is clean, but money drawn out is laundered. Again, by happy coincidence, the bureaucracy of withdrawal means that the money stays in the bank for a few days extra.

The world is what it has always been, a wicked place, and it is as well not to get too worked up about it, at least if you want a life that is anything other than wretched. And the fact is that, so far, my life has not been one jot or tittle the happier or the more miserable for the minor defalcations of banks in my regard. Luckily I am so small that I am not even worth swindling in a large way.

However, the recent events in Cyprus, with the scheme to expropriate a proportion of the depositors’ cash, might change this, if such expropriation becomes the wave of the future, as it might. No one had a good word to say for the scheme, which had the effect of undermining confidence in the banks in many countries, resuscitating anti-German feeling where it was never been far below the surface in any case, and caused tension between Russia and the rest of Europe, all for the sake of a few paltry billions (it is a sign of the times that we can place the words ‘paltry’ and ‘billions’ together without raising an eyebrow).

But I remember once hearing a distinguished professor of economics say in a lecture to laymen such as I that turning deposits, or at least a proportion of them, into equity was by far the best way to save banks. However, that was not the whole of his scheme to rescue the banking system. The banks would go temporarily bankrupt and the shareholders of the banks would lose all their money, 100 per cent of it. They would be wiped out, as are the shareholders of any other bankrupt company. The banks would then start up again immediately with the depositors becoming the new shareholders, but with smaller deposits. Eventually, if the banks were run properly, they, the depositors, might make a handsome profit.

The advantage of this scheme, said the professor, is that it would involve no government finance. Indeed, there would quite specifically be no government guarantees whatsoever for any future bank, for example by deposit insurance. (The Cypriot scheme partook of the worst of both worlds.) He went on to say that the advantages of his scheme would be not only economic but cultural, in the broadest sense: for the depositors and shareholders would take an active interest in the way their bank was run, keeping the management on the straight and narrow path that leads directly to financial solidity; while new depositors would inform themselves of the solidity of the bank into which they were about to place their money. Not only would there be a regime of caveat emptor, but of caveat depositor.

I could quite see all this: for I am at the mercy of the last economist I hear or read. But a still small voice located within the rear of my skull objected. I don’t really want to have to investigate the soundness of a bank before I entrust it with my tiny sums, I want to be able to do so thoughtlessly and yet with security. I don’t want to live a life of constant bewaredness, investigating the soundness or safety of everything, with tort law as my only means of redress. Voltaire said that the way to be a bore is to say everything; and the way to a paranoid personality is to trust nothing and investigate everything.

Perez, the Prez, and Preferences

Wanted: A Sound Money Congress to Discipline an Inflationary Fed