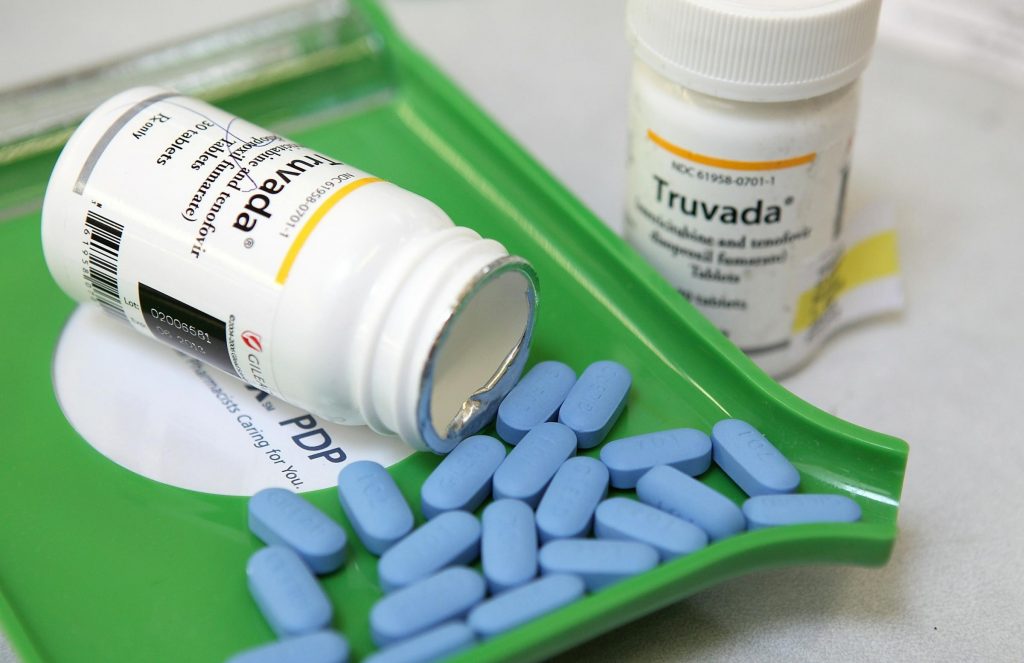 Truvada is a HIV prophylaxis medication.

One of the great difficulties of consistent libertarianism is that of making people bear the full consequences of their own actions and choices. Another great difficulty, indeed, is whether we should much care to live in a society that found a way of doing so.

It is easy enough, of course, to get people to behave any way they like. The most valued freedom of all, one that most of us have at some time or another sought—and that our society sometimes confers—is the freedom from the natural and foreseeable consequences of what we do. A mountaineer may value his liberty to climb mountains, and knows that it is a dangerous liberty to exercise; but if he has an accident, he is glad there is a mountain rescue team available, the proper share of whose costs he has almost certainly not paid and never will pay.

Then, too, no insurance policy ever covers only and precisely those risks that we share with others. This means that some of us are paying for more insurance than we need, and others less. It is unlikely that the discrepancy will ever be entirely eliminated.

A major story in the leading liberal newspaper in Britain, the Guardian, recently trumpeted the decision of the Scottish government to provide, at taxpayers’ expense, prophylactic medicine against the contraction of HIV infection by those who are “at risk” of contracting it. This medication undoubtedly does reduce statistical risk—very significantly—when taken properly. The question is, who should pay for it?

The government’s argument is pragmatic. Prophylaxis is much cheaper than cure, and under the current dispensation, most of the cost of the cure will fall upon the taxpayer. Therefore  it is in the financial interest of the taxpayer (quite apart from humanitarian considerations) to fund the prophylactic medication—on the assumption that, without such funding, those at risk would not take it and a subset of this group would become infected with HIV.

Against this, one could argue the following:

The problem is that the above reasoning does not cover all cases or degrees of moral responsibility.

Suppose, for example, that a person has contracted HIV through no fault or risk-taking of his or her own. At that point the infected person risks passing it on to a future sexual partner (unless we are prepared to demand of him or her a complete sexual quarantine). Of course, somewhere along the line, someone most likely indulged knowingly in risky behavior that resulted in this person’s infection. Theoretically, the original risk-taker could be made responsible for payments for all future prophylaxis. But in practice, this is unfeasible, and even where feasible, it would be more expensive to enforce than merely paying for the prophylaxis in the first place.

The person who has contracted HIV through no fault or risk-taking of his or her own may genuinely be unable to pay for prophylaxis, as may his or her sexual partner. Would we wish such people to deny themselves sexual activity ever after for lack of funds? And would such a wish be enforceable in any case, short of a totalitarian surveillance system?

There might be other sources of funds for him or her than the government—family or charity, for example. But equally there might not be. And if people were not able to pay for their prophylaxis, a fortiori they would not be able to pay for their treatment. The cost would then fall on someone other than themselves, assuming that we could not as a civilized society just let them painfully and slowly die. To deny them treatment because they had brought their misfortune on themselves would be pretty hard-hearted. It would constitute, not the great fortitude of mind that James Boswell admiringly ascribed to Dr. Johnson, but rather the stark insensibility that Dr. Johnson admitted was more accurate.

Hard cases may make bad law but they make good journalism. We live in a society in which you have only to publicize a hard case for there to be demands for a change in the law, demands that are sometimes met, either immediately or in the long run. And since politics is not merely the easy art of being absolutely right in the abstract, but the far more difficult and arduous one of making things slightly better in practice, the argument that, as responsible beings who are agents, that is to say subjects and not objects, the consequences of our actions should be brought home to us, even unto the point of death (a principle with which we may agree, intellectually), is not likely to be much of a guide to practical politics.

All the same, although I can see the arguments on the Scottish government’s side, the provision of prophylactic medicines to reduce the risk associated with voluntary behaviors makes me very uneasy. At what point will the government bow out and not cushion the ill-effects of citizens’ own decisions?

On the same page as the article about prophylaxis of HIV in Scotland, we read:

The government is making extra grants available to schools and nurseries as they scramble to provide the places required to fulfil the Conservatives’ pre-election pledge of 30 hours a week of free childcare.

Perhaps the moral of the story is that a foolish consistency is the hobgoblin of totalitarian minds.

There is no social engineering plan or national industrial policy that can solve the problems of individualism and weak communities.

Is Libertarianism the Law? Part II: Using the Modalities to Support Libertarian Results