An article tucked away on the back page of my local newspaper caught my attention: the Library of Congress has become the latest federal agency to acquire a SWAT team. The Library of Congress? We know that only members of Congress and high level executive department officials have check-out privileges, so it is unlikely that SWAT teams will be used to recall overdue books. What then? Is there evidence of a planned terrorist plot to destroy the Madison papers and thereby our memory of constitutional government? Perhaps an assault by Taliban negotiators on some of the still-secret Kissinger papers to learn how Le Duc Tho outwitted the U.S. in the Paris Peace accords? To clear the lobby of the unwashed homeless? Who knows? A call to the office of the Library’s Inspector General did not elicit any satisfactory answers as to why it was so urgent for the Library of Congress to join more than seventy other federal agencies in having a SWAT team. Actually, we should be more precise: these are government militias, equipped and trained in the use of military weapons and military tactics.

In addition to the administrative agencies that we would expect to have militias, the Justice Department, Homeland Security, the Bureau of Prisons, and such, some unlikely federal bureaucracies actively train and use militias: IRS, Social Security Administration, Department of Education, Consumer Safety Products Commission, Bureau of Land Management, Department of Agriculture, National Oceanic and Atmospheric Administration and a host of other agencies, both large and small. Sensational stories about the Environmental Protection Agency raids to enforce the Clean Water Act have surfaced in recent weeks; the Education Department has used its militia to terrorize citizens suspected of defaulting on student loans; and a few years ago, the National Oceanic and Atmospheric Administration, along with the militia from the Fish and Wild Life Service made a spectacular raid on a Miami business suspected of having violated the Endangered Species Act.

These raids were full-scale military operations to enforce administrative agency regulations. Government militias have become so active in the past several years that the rate at which they purchase ammunition for training purposes has caused widespread shortages in civilian markets—at times it has been almost impossible for civilians to purchase the most popular calibers used by government militias. What should we make of this dramatic expansion of the administrative state?

In The Federalist, Madison wrote that Americans will possess an advantage “over the people of almost every other nation”—“the advantage of being armed.” In “the several kingdoms of Europe . . . the governments are afraid to trust the people with arms.” But in America, Madison argued, the people, not government, will be sovereign and it is essential that the sovereign element possess arms. 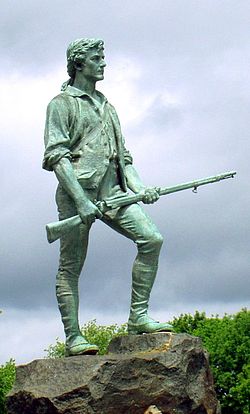 As Madison also wrote in the Federalist, the principles of the Constitution were derived from “the transcendent law of nature and nature’s God, which declares that the safety and happiness of society are the objects at which all political institutions aim and to which all such institutions must be sacrificed.” Everyone recognizes this as a paraphrase of the Declaration of Independence which forms the principled foundation of the Constitution. The Declaration notes that all “just powers of government” are derived from the consent of the governed.” Thus the Declaration sets forth what the founders knew as the social compact origins of government. Madison frequently remarked that “all just and free government” derives from social compact. Social compact, Madison wrote, “contemplates a certain number of individuals as meeting and agreeing to form one political society, in order that the rights, the safety, and the interests of each may be under the safeguard of the whole.” The rights to be protected by the political society are not created by government—rights exist by nature. Governments are therefore created to protect those rights that it does not create. And we know from the Declaration’s central principle—that “all men are created equal”—that all human beings by nature possess equal rights, “life, liberty, and pursuit of happiness.” Thus political society exists to secure the equal protection of the equal rights of all who consent to be governed. This is the original understanding of what we know today as “equal protection of the laws.”

Each person who consents to become a member of civil society thus enjoys the equal protection of his own rights, while at the same time incurring the obligation to protect the rights of his fellow citizens. In the first instance, then, the people are a militia, formed for the mutual protection of equal rights. No one who is unwilling or unable to perform this primary obligation can be a member of civil society. From Madison’s analysis it is evident that disarming the people is tantamount to dissolving the moral and political existence of the people.

The people in establishing government delegate certain portions of their sovereignty to government to be exercised for their “safety and happiness.” This is the idea of limited government—the people delegate some portions of sovereignty but retain what they do not delegate. One aspect of sovereignty that the people may never delegate is the right to “alter or abolish” government when it “becomes destructive of the ends” for which it was instituted. This is known as the right of revolution, and it is the ultimate expression of the people’s sovereignty. It is the only duty that is mentioned in the Declaration; it is therefore both a right and a duty. The Declaration rightly warns, however, that this sovereign prerogative should be exercised only with utmost circumspection, since the dissolution of government—or even the fundamental alteration of governments long established—is a prospect that is fraught with great dangers. But we must be candid: if the people have the right to revolution, then they also have a right to the means of revolution—the people must have the right to keep and bear arms. It was this valuable nexus that was recognized in the Second Amendment.

Madison, of course, was the author of the Second Amendment, and it explicitly identifies the people as having the right “to keep and bear arms.” In District of Columbia v. Heller (2008), Justice Antonin Scalia writing for a 5-4 majority got some things right and many things wrong. Holding that the right to keep and bear arms was an individual right and not conditioned by membership in an organized militia was eminently correct. As Madison noted often enough all the rights in the Bill of Rights were “private” or individual rights. But where the Court went wrong was to say that the core of the Second Amendment is the right to possess weapons for self-defense in the home. Justice Scalia was wrong to argue that the Second Amendment merely codified the common law right of self-defense. It did not: it was meant to recognize natural rights which preexisted the establishment of government. Home defense is perhaps a part of the Second Amendment, but its essential part is political—a recognition of the fact that the people always reserve the right of revolution as an aspect of their sovereignty.

Justice Scalia suggested that there might be some arguments for the right to carry weapons for self-defense outside the home, but restrictions on carrying weapons into “sensitive areas” such as schools and government buildings would probably be valid. Scalia also suggested that there might be valid restrictions on the kinds of weapons that individuals might be allowed to own. Unusual or inherently dangerous weapons could be restricted or banned, including, the Justice, helpfully suggested, the automatic version of the current military infantry rifle. The question seems to be posed as one of which weapons are valuable for home defense. The Court says that the American people have overwhelmingly chosen the handgun for that purpose. Can so-called assault rifles be banned because they are not well adapted home defense? One California appeals court has made precisely this ruling—AR type weapons are not protected by the Second Amendment. But obviously the Second Amendment wasn’t designed for home protection. It was designed a means for a sovereign people to assert their sovereignty when government becomes oppressive and the ordinary constitutional channels of redress are no longer effective or available.

We can be assured, however, that the Constitution was the greatest document ever devised to render the exercise of the right of revolution unnecessary. But still, the recognition of that right—and even its celebration—should be the duty of all constitutionalists. I agree with President Obama when he says we should reject those who tell us that “tyranny is always lurking just around the corner.” This does not mean, however, that there is no such thing as tyranny or that constitutional governments cannot become tyrannical.

The military exists to protect the security of the nation and there is little, I believe, to fear from the military as a whole. Even Al Gore, who believed he was the legitimate winner of the election of 2000, and was still a member of the executive branch, probably did not dream of calling on the military to install him in office by force as the rightful winner. Such a request would have been laughable. (Some friends I have visited in non-democratic regimes in the past few years ask why he didn’t do so? That is the way it would have happened in my country!)

Abandoning politics permanently in the face of conflict precludes us from using persuasion, negotiation, and compromise to resolve our disagreements.

Gun Rights in Scrutiny Land: The Federal Courts Attempt to Claw Back Heller