The Republican Party died during the struggle over Obamacare. Its most vital elected officials chose to represent their voters. This left their erstwhile leaders to continue pursuing acceptance by the ruling party, its press and its class. The result is a new party that represents the roughly three fourths of Republican voters whose social identities are alien to those of the ruling class and whose political identity is defined by opposition to the ruling party. These voters are outsiders to modern America’s power structure. Hence the new party that represents them is a “country party” in the British tradition of Viscount Bolingbroke’s early eighteenth century Whigs, who represented the country class against the royal court and its allies in Parliament. The forthcoming food fight over the name “Republican” is of secondary importance.

The new party came to be as organizations such as the Club For Growth, the several pro-life organizations, the Tea Parties, etc. joined together with the Congressmen and Senators they had helped elect to mount an effort which was less an attempt to de-fund Obamacare than it was the assertion of a bona fide opposition to the ruling class. 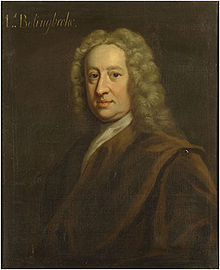 This has been a long time coming. Obamacare was a trigger, not a cause. While a majority of Democrats feel that officials who bear that label represent them well, only about a fourth of Republican voters and an even smaller proportion of independents trust Republican officials to represent them. They hear themselves insulted from on high as greedy, racist, violent, ignorant extremists, and resent the ever-growing U.S. government’s edgy social, ethical, and political character.

But the Republican leadership’s kinship with the socio-political class that runs modern government is deep. Rather than defending their voters’ socio-political identities, they ignore, soft-pedal, or give mere lip service to their voters’ concerns. It chooses candidates for office whose election only steadies America on a course of which most Americans disapprove.

In short, while the Democratic Party faithfully represents the government as well as the social classes that run it and benefit from it, the rest of the country lacks political representation. The ruling class sees itself at once as distinct from the rest of society – and as the only element thereof that may act on its behalf. It rules – to use New York Times columnist David Brooks’ characterization of Barack Obama – “as a visitor from a morally superior civilization.” But Republican leaders do not want to beat the ruling class, rather to join it in governing.

The Republican Party never did choose whether to represent the rulers or the ruled. Since 1932, corporations, finance, and the entitled high and low – America’s “ins” – gravitated to the Democrats’ permanent power, while the “outs” fled into the Republican fold. Thus since World War II the Republican Party has consisted of office holders most of whom yearned to be “ins,” and of voters who were mostly “outs.”

This was always unsustainable. Barry Goldwater staged the first grass-roots revolt against the “Rockefeller Republicans.” But they savaged him. Goldwater’s voters rallied behind Reagan and elected him three times – the third being when George Bush I pretended to be Reagan. But the Bush dynasty kept the Republican Party’s dominant heights in the Establishment’s hands. That is why government grew more rapidly and the ruling class more prepossessing under the Bushes than under Democrats. In sum, the closer one gets to the Republican Party’s voters, the more the Party looks like Goldwater and Reagan. The closer one gets to its top, the more it looks like wannabe Democrats.

Why then have Americans who want smaller government, who want to protect the sanctity of life, who value the right to keep and bear arms, etc. been voting Republican at all? Because the grass-roots organizations formed to advance these causes endorse certain Republican candidates. Increasingly, the voters have viewed these endorsements, rather than the party Establishment’s endorsement, as indication of what the candidate is all about.

The internet made it possible for these organizations to inform and form a bond of trust with the voters, and to set standards by which to judge the performance of elected officials. Thus informed with facts and opinion, sectors of the country class have felt represented and empowered. Those on the electronic distribution list of the “Club for Growth,” for example, are at least as well informed on economic matters as any credentialed policy maker. The several pro-life organizations have spread enough knowledge of embryology and moral logic to make Roe v. Wade, which the ruling class regards as its greatest victory, a shrinking island in American jurisprudence and society. The countless Tea Parties that have sprung up all over have added their countless attendees to networks of information and organization despite the ruling class’ effort to demonize them. The same goes for evangelicals, gun owners, etc. Though such groups represent the country class fragmentarily, country class people identify with them rather than with the Republican Establishment.

Judicial Deference, Self-government, and Judicial Rule, or Have a Coke and a Smile

There and Back Again (King v. Burwell, Part Two)

In Sickness and in Health