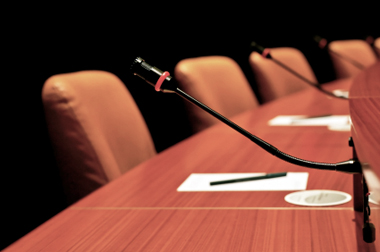 These are interesting times, constitutionally speaking. In the past two weeks, federal courts have ruled both ways on Obamacare. In the D.C. Circuit, a panel ruled that the law allows for subsidized health insurance in exchanges created by state governments, but not in the “backstop” exchange created by the federal government. Meanwhile, the Fourth Circuit says that the statute allows subsidies in both.

It’s a question of statutory construction. The plain text of the law only mentions subsidies for an “exchange established by the state.” The question is whether people who purchase health insurance in the federal exchange may also receive them. The IRS has decided that these people may receive such premium subsidies (in the form of IRS tax credits that go out to those purchasing a premium through an exchange).

Rightly understood, this is no narrow question. It touches upon the deeper meaning of the Constitution and the nature of republican government in the 21st century. Those who think that Obamacare does not provide for IRS tax credits in the federal exchange read the law strictly. The law speaks only of state exchanges, and, therefore, the government has no power to issue tax credits in the federal exchange.

The other side points to the spirit of the law, which, they say, clearly intends to help Americans purchase health insurance. Therefore, this side concludes, creating a federal exchange is reasonable, as is issuing tax credits to people who use it. Without these credits, residents of the 36 states that did not create exchanges could not buy subsidized insurance. As one commentator notes, among the arguments used on this side is that the statute is called the “affordable care act.” Not including the federal exchange would hardly suit that end. I am reminded of the old chestnut: If the law is with you, argue the law; if the text of the law is against you, argue the spirit of the law, and if the spirit of the law is against you, pound the table.

(After these cases were decided,we learned that one of the main architects of the bill said in 2012 that allowing tax credits only in state-run exchanges was intentional—an encouragement to recalcitrant states to get their minds right and create exchanges. There is also some evidence, Kim Strassel notes, that IRS officials initially concluded that the IRS lacked the authority to issue tax credits outside of the state-run exchanges, and that they changed their minds when it became clear that most states would not set one up. In doing so, these officials may have been responding to pressure from Democrats—more evidence that our civil service is not politically neutral. Meanwhile clever Internet researchers have discovered that Senator Baucus, the Montana Democrat who headed the Finance Committee when it handled the health-care bill, said in 2009 that only participants in state exchanges could receive the tax credits.

What to do in such a situation? Condemn the residents of the 36 states that have no state exchanges to inordinately expensive insurance premiums? On the other hand, can the bureaucrats who staff the government simply rewrite laws to make them more reasonable? Or may they, after the fashion of “the Living Constitution,” interpret statutes in terms of their understanding of historical necessity? We seem to be at an impasse.

The relevant precedent here might be the “Chevron Doctrine,” according to which courts are supposed to defer to bureaucrats in interpreting the law. That doctrine applies if there is an ambiguity. Those who found that no tax credits can be awarded outside of state exchanges argue that the text is clear. It makes no mention whatsoever of the federal exchange. QED. (That Obamacare supporters demonstrably supported this reading before they changed their minds gives some strength to this side.) The other side says, on the contrary, this provision undermines the goals of the law and, therefore, there is an ambiguity.

If the case goes to the Supreme Court, a majority may side with one of those two opinions. But if the job of Congress is simply to suggest goals to administrative bureaucrats, why write lengthy statutes at all?

It is also worth asking whether the Chevron Doctrine is itself mistaken. I would argue that it has deeply troubling implications for republican self-government. When “We the People” created the federal government, giving it certain powers, we ratified the Constitution. It established three branches of government: legislative, executive, and judicial. If the branches are to be equals, each must have an equal right to interpret the Constitution. Failing that, the branches cannot be equal. The Congress is also “the People’s House.” The legislative power is in Article 1 of the Constitution for a reason. The men who wrote and ratified it believed that the legislative branch, being closest to the people, was the most important. That being the case, it is entirely reasonable for federal courts, although part of an equal and independent branch, to pay Congress a great deal of deference. It should presume that Congress would not intentionally violate the Constitution.

That’s one way to read Chief Justice Roberts’ opinion in the Obamacare case.

A like deference emphatically is not owed to the federal bureaucracy. It may be that it is necessary, in 21st century America, for unelected bureaucrats to write much of our legal code. But if we are to sustain the separation of powers in general, and if we are to continue to have our laws written by the people’s Representatives and Senators, we need to proceed with caution. The very logic that suggests that courts should defer to Congress cuts the other way when bureaucratic rule-making is concerned. Tenured civil servants are not the people’s representatives. The Constitution, for that reason, does not give them the authority to write our legal code.

The same applies to creative or “living” textual interpretation by this unelected Fourth Branch of government, the officers of the administrative state. Precisely because it is problematic, from the perspective of having a government of, by, and for the people, to have our legal code written by bureaucrats, if there is a question of statutory construction, the general rule should be against the expansion of the Fourth Branch’s power. If such power is needed, then the people’s representatives can pass another law adding it.

James Madison foresaw some of this difficulty. In his “Report on the Alien and Sedition Acts” defending the Virginia Resolutions of 1798 on the Alien and Sedition Acts, Madison repeatedly noted that the U.S. Constitution created a government of enumerated powers. When considering the constitutionality of a law, one must ask whether the “particular measure be within the enumerated authorities vested in Congress,” he wrote. Doing so was essential for republican self-government. A loose construction of the Constitution would, Madison worried, “destroy the effect of the particular enumeration of powers by which it explains and limits them.” One may believe that Madison’s construction was often more narrow than necessary, and yet share his concern. (And even he ultimately decided that the Bank of the United States could be reconciled with sound constitutional reasoning, for it truly was necessary, he concluded.)

Madison was particularly worried that a broad construction of the powers of the federal government would subvert republican government. An understanding of the Constitution that, for example, used the power “to provide for the common defense” to regulate anything that might perhaps, in some way, however weak, have an impact on the common defense (roughly how the interstate commerce clause is understood nowadays) would ultimately turn the federal republic into a consolidated imperial sovereignty.

What, according to Madison, would be so bad about a federal government with such plenary powers? It would make the separation of powers unworkable:

One consequence must be, to enlarge the sphere of discretion allotted to the executive magistrate. Even within the legislative limits properly defined by the Constitution, the difficulty of accommodating legal regulations to a country so great in extent, and so various in its circumstances, has been much felt; and has led to occasional investments of power in the executive, which involve perhaps as large a portion of discretion as can be deemed consistent with the nature of the executive trust. In proportion as the objects of legislative care might be multiplied, would the time allowed for each be diminished, and the difficulty of providing uniform and particular regulations for all be increased. From these sources would necessarily ensue a greater latitude to the agency of that department which is always in existence, and which could best mould regulations of a general nature, so as to suit them to the diversity of particular situations. And it is in this latitude, as a supplement to the deficiency of the laws, that the degree of executive prerogative materially consists.

The more the federal government does, the harder it is for the people we elect to write the laws under which we live. Simply to function, Madison worried, it would become ever more necessary to give arbitrary authority to the executive, and to make the actual text of legislation less and less important. Once that was done, goodbye republican government, Madison thought. (He also worried about the impact on elections: “This disproportionate increase of prerogative and patronage must, evidently, either enable the chief magistrate of the Union, by quiet means, to secure his re-election from time to time, and finally, to regulate the succession as he might please; or, by giving so transcendent an importance to the office, would render the elections to it so violent and corrupt, that the public voice itself might call for an hereditary, in place of an elective succession” Hmmn.)

There is much to Madison’s logic. But perhaps the case is not so hopeless. To maintain republican government when our federal government does so many things beyond the limited, specific enumeration of powers, it is necessary to keep in mind the foundational principles of our Constitution, among which is the separation of powers. To that end, bureaucrats need to be kept on a short leash.

To sustain liberal democracy into the future, therefore, the courts should be much more skeptical of how the people manning the federal agencies interpret their powers. Bureaucrats, however well trained, are human. They are therefore as in need of being checked and balanced by the courts as are the other branches of the government. It is perfectly reasonable for the courts to defer to Congress’s view of its powers. If the people are to rule, however, we must remember that that logic does not apply to unelected bureaucrats.

Impeachment Won’t Stop the Debasement of Our Government