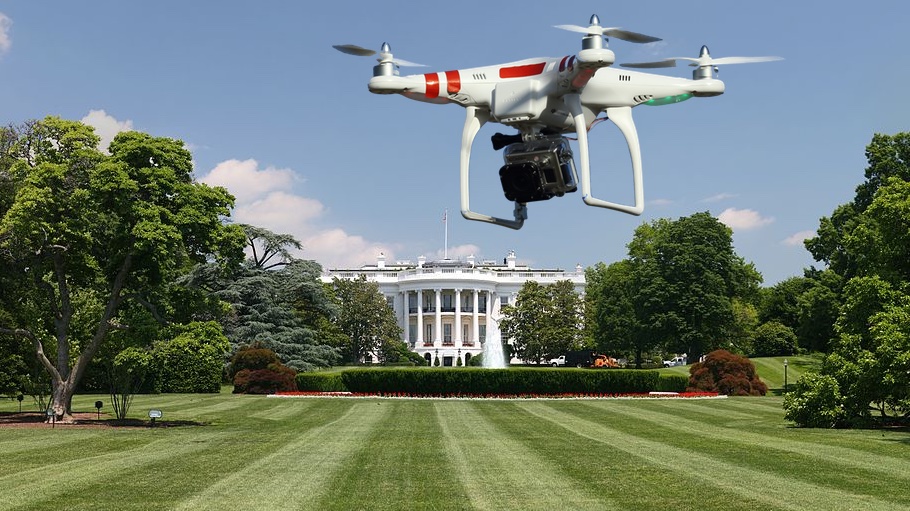 Let us, for a moment, imagine someone who breaches the no-fly zone over the U.S. Capitol, calling forth bomb squads, triggering investigations at the FBI and NORAD, to protest perceived violations of the Second Amendment. Could the editorial pages of Washington find a limb high enough from which to hang him?

Probably not. But if a mail carrier pulls the same stunt to advocate restricting the First Amendment in the name of campaign finance reform—as gyrocopter pilot Doug Hughes did in April, for which he was indicted last week—his apologia is printed on the op-ed page of the Washington Post.

Of course such reforms, by restricting individual voices in campaigns, amplify the relative volume of the institutional press, but let us judge not. Hughes’ argument is bad enough without inquiring into his publisher’s motives.

Hughes is probably not to blame for the crashing grandiosity—unless it is irony, in which case it is pretty good—of the headline the Post put over his op-ed: “I Flew a Gyrocopter onto the Capitol Lawn to Save Our Democracy.” But there is a certain magnificence on display when he allows—and coming from someone who explicitly advocates restricting the First Amendment, this is a relief—that “everyone is entitled to an opinion” about his protest. Still, he says, it was committed in what Burke might have called the all-atoning name of popularity. “It was,” Hughes proclaims, “a message Americans agree with.”

He then offers a statistic: that “91 percent of Americans see the corrosive influence of money in our political system as a problem that demands attention.” This is not quite what they said. The poll in question asked whether respondents thought it “important to reduce the influence of money in politics,” which is not exactly the same as endorsing a specific solution. For the record, the same organization that asked that leading question also conducted a poll that showed that 72 percent of Americans thought corporations should be involved in addressing “important issues facing society.”

Such self-contradictions show why public opinion, in addition to being unclear, can also be irrelevant. Hughes knows this, since—“sadly,” he proclaims—“most Americans don’t know about these solutions or how to engage.” It is hard to see how public opinion can be ignorant and authoritative at the same time.

This brings us to the curious cocktail of populism and patronizing that undergirds campaign finance reform. There is not a jurisdiction in the United States that resolves elections according to which candidate raises more money. The candidate with the most votes always wins. Money buys the means of persuasion; it is decisive only if voters are dupes unable to exercise their capacities of independent thought in the face of advertising.

Enter condescension, stage left: Americans need “protection.” As Hughes writes, “It’s appropriate that we spend billions protecting the United States from terrorists. It’s time for Americans to spend time protecting democracy from plutocrats.” Terrorists, plutocrats; to-may-to, to-mah-to. No matter: Hughes’ real point, unless he lives in a jurisdiction in which plutocrats get to vote twice, would appear to be that voters need protection against their own propensity to believe what plutocrats tell them.

Yet somehow Hughes wants to solve the problem of corruption, which he never does define, by empowering voters, whom he clearly does not trust. “We want to live in a 21st-century democracy,” he declares, “where everyone has a right to know who is influencing our government, everyone has a voice, everyone participates, everyone plays by the same set of commonsense rules and everyone is held accountable if they break faith with those rules.”

Actually, Americans have been living in such a democracy since the 18th century, with expansions of suffrage in the 19th and 20th. It is unclear how any of what he says there is incompatible with the Citizens United decision he abhors.

Fair enough, the scourge of “dark money” makes it difficult to know “who is influencing our government.” But Hughes cannot seriously mean everyone has a right to this knowledge, which would eviscerate the First Amendment right to influence our government. The right to petition the government for redress of grievances presupposes the right to do so confidentially.

As a postal employee, Hughes surely knows the volume of mail that floods Capitol Hill.  Much of it pertains to requests for remunerative benefits from government and thus involves—if all that money touches is debased—the risk of corruption. (Case in point: a voter saying he’s inclined to pull the lever for Congressman X if said congressman protects Social Security: political benefits in exchange for public goods! Off with their heads!) Shall we open Hughes’ mailbag to inspection at the altar of the sun-god Transparency?

Beyond this, there is no sense in which anyone lacks “a voice,” unless what Hughes really means is that the First Amendment requires everyone to have an equal voice. And of course this makes little sense, for who would argue that the Second Amendment means nobody can pack more heat than his neighbor or that the government must affirmatively secure to each person a handgun?

People for the American Way, whose “Unity Statement of Principles” Hughes endorses, probably would not say this about the Second Amendment, but the organization apparently does mean it about the First. Its version of Hughes’ “voice” is a “right to be heard” and to not be “silenced by big money.”

Please: Nobody is silenced by big money unless “silenced” means not being heard because someone else is talking louder. Communication, especially today, is not zero-sum. One person’s volume does not shut down another. Even if the First Amendment, guarantor of the right to speak, were instead the guarantor of a right to be heard (which it is not), there would be no violation in someone else’s blog getting more hits than this one. Hughes’ op-ed will almost certainly get more traffic than this post, yet any thoughtful citizen interested in the case against campaign finance reform will have no difficulty finding such an argument.

Similarly, everyone already gets to “participate.” Plutocrats do “play by the same rules” as everyone else in the sense that no statute—well, none save the tax code—is differentially applicable based on income. The same goes for accountability for breaking faith.

So what, precisely, is the problem? Could it be not the financing, but rather the content, of the speech that Citizens United enables? Such is apparently the case for the President, who commemorated the fifth anniversary of that decision with a statement saying that it has unleashed ads that “drag our politics into the gutter.”

But one man’s gutter is another man’s criticism of government. Critical political ads today are lawyer-scrutinized to the point of absurdity. Many contain more footnotes than do academic papers. To be sure, the result is often the elevation of accuracy over truth, which is to say technical information over enlightening context. But unlike the gauzy pleasantries of “positive” ads—the kind that show one’s congressman mowing his own lawn and kissing his own wife and promising to be just like you and, meanwhile, signifying nothing—critical ads are concrete and verifiable.

Verifiability, in turn, requires an open flow of information. Amending the First Amendment stands at cross-purposes with this. To his credit, Hughes says he’ll accept whatever consequences his stunt brings down upon him. Civil disobedience entails that. It also entails a freedom to express oneself. Perhaps, with his feet now planted on the ground, Hughes can contemplate the irony of utilizing his own First Amendment rights to advocate denying the same liberties to others.

The Constitutional Freedom Not to Promote Abortion

Forcing pro-life nonprofits to promote abortion is a shocking violation of the First Amendment.