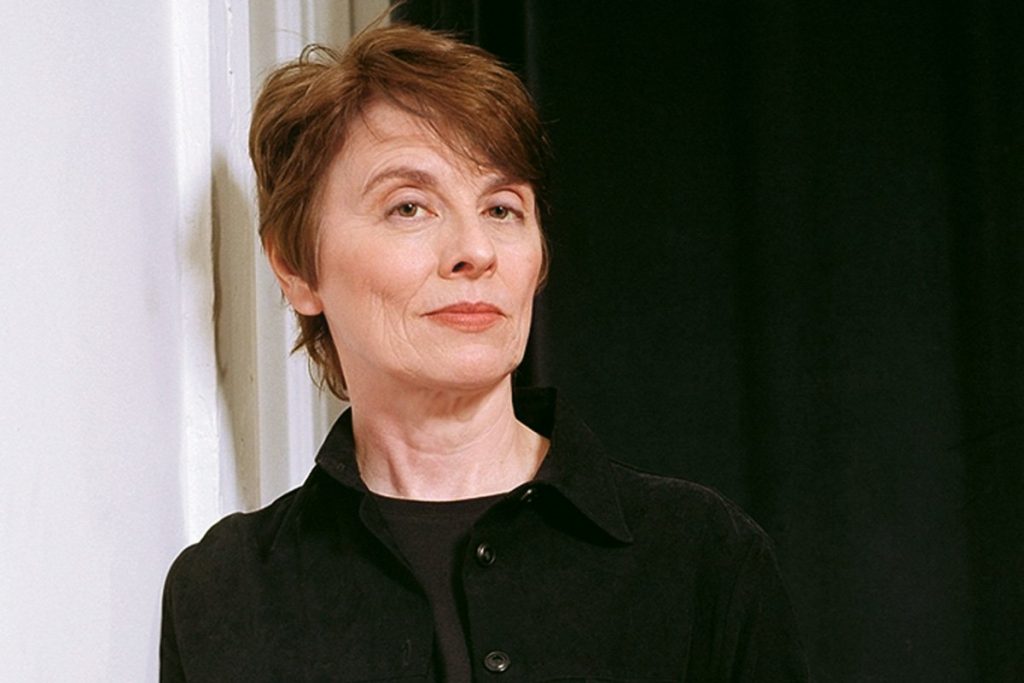 Reading the social critic Camille Paglia is like watching Keith Moon play the drums. Moon (1946-1978) was the manic drummer for the British rock band The Who. His playing was mercurial, brilliant, and unpredictable. Moon would play to the vocal instead of the beat, drift in and out of the proper time, do mind-boggling fills at odd moments, and yet through it all maintain a kind of swirling order in the chaos.

Like Moon, Paglia is manic, idiosyncratic, and sprawling. Yet at the core, her critique is chugging in a central direction. Free Women, Free Men: Sex, Gender and Feminism, Paglia’s new collection of essays, shows the pop culture polemicist recreating some of her greatest hits about sex, art, and feminism. A pro-choice libertarian lesbian who deplores modern feminism,  loves classical art and pop culture alike, praises Sigmund Freud, and has a Nietzschean view of nature, the professor at Philadelphia’s University of the Arts is a learned maestro of the sharply worded insult. She’s that increasingly rare creature, a popular academic who thinks and writes not only clearly but with panache. She’s a combination of H.L. Mencken, Phyllis Schlafly and the Marquis de Sade.

The pieces collected in Free Women, Free Men were all published previously. They have been culled from Paglia’s books, lectures, and newspaper and magazine articles. There is a lot of repetition here, all tracking with her main thesis, which is that the 1920s and 1930s were a golden age of feminism, compared to which today’s feminism is full of a bunch of deconstructionist, man-hating crybabies. As Paglia recently told Adam Hirsch of the Tablet:

In adolescence in the early 1960s, I discovered the great period of the 1920s and ’30s, just after American women had won the right to vote, when there was tremendous surge of ambitious, talented women like Amelia Earhart, Lillian Hellman, Dorothy Thompson, and Katharine Hepburn, who simply wanted to prove that women could achieve at the same level as men. They did not vilify men. On the contrary, they openly admired what men had done and simply demanded equality of opportunity for women. That is my philosophy: I am an equity feminist.

To Paglia, modern feminism is anti-male, anti-science, and drearily homogenous: “Women’s studies is a jumble of vulgarians, bunglers, whiners, French faddists, apparatchiks, doughface party-liners, pie-in-the-sky utopians, and bullying sanctimonious sermonizers.” (In case there was any doubt, she writes that such programs are “a comfy, chummy morass of unchallenged groupthink.”)

One of modern feminism’s worst offenses, by her lights, is that it downplays the obvious power and beauty of masculinity, as well as the reality of nature and its effect both on men through testosterone and on the female body through menstruation and childbirth. “In its argument with male society, feminism must suppress the monthly evidence of woman’s domination by chthonian nature,” she writes. “Menstruation and childbirth are an affront to beauty and form. In aesthetic terms, they are spectacles of frightful squalor.”

Paglia also argues that mothers have a special bond with their children, and that it’s time for feminists and schools to admit that there is nothing wrong, and a lot that is good and natural, about women wanting motherhood to be their career:

The focus of second-wave feminism was, first, on opening up career doors and, second, on securing reproductive rights (which I strongly support). But that code phrase for abortion has consumed feminist activism for 40 years. This single-issue orientation, sometimes bordering on fanaticism, has obstructed due consideration of motherhood as an aspiration for perhaps the majority of women in the world. If feminism has receded in visibility and prestige, it is precisely because its vision of life’s goals and rewards has become too narrow and elitist.

Sexual Personae, Paglia’s breakthrough book published in 1990, is excerpted here. It argues that there is an irreconcilable conflict between the natures of men and women. She writes therein: “As a fan of football and rock music, I see in the simple, swaggering masculinity of the jock and in the noisy posturing of the heavy-metal guitarist certain fundamental, unchanging truths about sex. Masculinity is aggressive, unstable, combustable.” Femininity, generally, is not.

It must be said that, for all their fireworks, Paglia’s arguments can be reductive. She holds that sex “is sloppy and untidy, a return to what Freud calls the infant’s polymorphous perversity a zestful rolling around in everyday body fluid.” This leaves out the spiritual joy and procreative direction of sex.

Katha Pollitt, a Paglia nemesis among the feminist academics, once wrote that no one ever talks about the giggling that goes on when two people make love. There is no giggling in Paglia’s world (which should be of particular concern to her, because it’s the feminists who are routinely knocked for being humorless). She makes into a biological nightmare the euphoric release and sacramental connection between a man and woman in intimacy, reducing what is an otherworldly swim in the ocean a repulsive dive into the Darwinian trash. (Paglia’s being pro-choice is a second factor that is hard to square with her overall political and philosophical stance, given that she rhapsodizes about the magic of women as givers of birth.)

Furthermore, while it’s certain that nature has provided men and women with different ways of being and behaving, there’s also something to be said for people who have become well-integrated by possessing the attributes of both sexes. By this I do not mean homosexuality, but rather the idea that, as Carl Jung argued, healthy people can have a touch of the opposite sex in them. H.L. Mencken put it well in his 1918 book In Defense of Women:

In so far as [men] show the true fundamentals of intelligence—in so far as they reveal a capacity for discovering the kernel of eternal verity in the husk of delusion and hallucination and a passion for bringing it forth—to that extent, at least, they are feminine, and still nourished by the milk of their mothers.

If you find an intelligent man, Mencken concluded, he will have a streak of the feminine in him: “Bonaparte had it; Goethe had it; Schopenhauer had it; Bismarck and Lincoln had it; in Shakespeare, if the Freudians are to be believed, it amounted to downright homosexuality.”

Paglia tends to divide the world into sectors: sexually powerful male jocks and rock stars, shrieking feminists, full-blown homosexuals, and idealized, integrated feminists of the 1920s and 1930s. There’s little room for someone like, say, Jack Kerouac, a college football hero who wrote books and poetry. Or Pete Townshend, a rock guitarist of rattling power whose songs achieve the level of art they do because of their feminine sensibility, longing and tenderness.

Then there’s Paglia’s odd take on Taylor Swift. The gifted pop musician and smart businesswoman was slammed by her as a “Nazi Barbie.” Swift’s offense? Apparently she has a lot of female friends, a “girl squad” whose members hang out together and support each other. Paglia disapproves:

Given the professional stakes, girl squads must not slide into a cozy, cliquish retreat from romantic fiascoes or communication problems with men, whom feminist rhetoric too often rashly stereotypes as oafish pigs. If many women feel lonely or overwhelmed these days, it’s not due to male malice. Women have lost the natural solidarity and companionship they enjoyed for thousands of years in the preindustrial agrarian world, where multiple generations chatted through the day as they shared chores, cooking and child care.

Paglia concedes that women need somehow to restore the natural solidarity they lost in the industrial age, but when women like Swift show exactly such solidarity, Paglia cries foul. She seems to want females to have female companionship and at the same time submit themselves to the “romantic fiascoes” and “communication problems” with men that tend to distract from and undermine such female companionship. (There’s that Keith Moon-like quality again, brilliant while being all over the map.) Furthermore, Paglia overlooks Swift’s talent as a pop songwriter and performer. Paglia has long had a crush on Madonna, a mediocrity whose songwriting and singing abilities are far outstripped by Swift’s.

In the essay “Madonna: Animality and Artifice,” reprinted in Free Women, Free Men, the often bilious critic is reduced to a gushing fan girl, with embarrassing results. Madonna’s cheesy and laughable video of “Justify My Love” becomes a brilliant work of art in Paglia’s telling—a film that is “truly avant-garde, at a time when that word has lost its meaning in the flabby art world. It represents a sophisticated European sexuality of a kind we have not seen since the great foreign films of the 1950s and 1960s.”

Not really. Even the most astute critics can have a blind spot where they go weak in the knees and lose their sense of reason. Madonna’s videos are lazy clichés larded with hilariously bad acting and soft-porn imagery intended to scandalize audiences. For someone who insists on high standards for art, Paglia is willing, in Madonna’s case, to overlook something as fundamental as poor singing. Taylor Swift’s songs have better lyrics, melody, and production, and are sung with real joy and style. Madonna’s music has already been forgotten—she’s also not, contra Paglia, terribly bright.

The praise in this volume for Madonna is a good example of the subordination of art to politics, the kind of thing the author of Sexual Personae claims to hate. Paglia also doesn’t seem to recognize that if nature were as indomitable and undeniable as she thinks, Swift and her Hollywood friends having boy trouble will take care of itself.

Wonder Woman: A Movie About Men