“Norman Podhoretz has done us all a service by pointing to the unvarying political content of the proclamation of impending doom. The person making such a statement is asking that power someone else has be given to him or to her.”

– Daniel Patrick Moynihan, Coping: Essays on the Practice of Government

Call it what one will. “Populist” works. So does “alarmist.” But “conservative” does not—not to describe the doomsday rhetoric that has overtaken a certain strain of political figures who nonetheless claim exclusive title to that label. Cruz is one; Glenn Beck (“the violent left is coming to our streets … to smash, to kill, to bankrupt, to destroy …”) another. It is too given to the cult of personality, to the concentration of power, to convulsions anathema to the very idea of conservatism. For if oblivion waits around the corner, surely emergency powers and sudden change do too. A Cruz presidency, one can be sure, would be neither reserved nor restrained. Constitutional deference to Congress? Unlikely—not with the nation careening toward the cliff.

It is time for a serious self-examination within conservative thought, and not just on tactical grounds. The cult of personality arising around these figures is simply incompatible with basic principles of conservatism: the dispersal of power, the stability of constitutional systems, the suspicion of sudden change and the respect for perspective and facts. 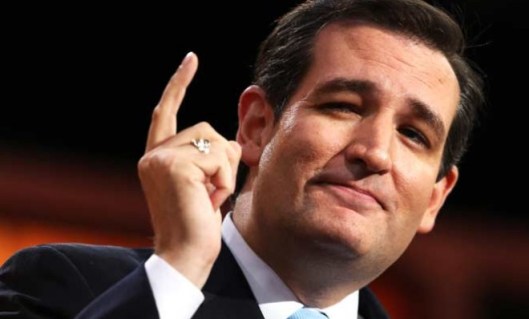 That is not to say the nation does not face serious problems or that Cruz does not have serious points. It does, and so does he. Scores of trillions in unfunded liabilities loom. A great debate over the proper role of the state is afoot. But to suggest the survival of the nation is at risk is both demagogic and absurd. It no more is today than it was when the left was engaging in similar hysterics during the Administration of George W. Bush.

It may be, as Cruz told the Values Voters Summit, that the relative stature of the nation is at stake. But this is quite different from its survival; indeed, it might be conducive to it.

Throughout the history of the world [Cruz said], we have seen great nations rise and fall. And everyone here today is here today because we are not content to allow the United States of America to do anything but continue to rise and remain the greatest country on the face of this earth.

This triumphalist rhetoric—note that we need not be merely strong enough for our own defense and our own purposes but “ris[ing]” and the “greatest country on the face of this earth”—is itself arguably unconservative, but that is not the point. It is, rather, this: The problems we face, while serious, are political in character. Doomsday rhetoric is a flight from politics, a thrust of alternatives to unreal extremes that are antithetical to the conservative quest for prudential solutions.

Compare Cruz’s insistence that the Republican leadership is constantly selling out the American people, for whom he alone evidently speaks—never mind polls that show he is, simply and in point of fact, wrong about public opinion—to Burke’s description of Britain’s steady constitutional institutions:

[T]hey render deliberation not a matter of choice but of necessity; they make all change a subject of compromise, which naturally begets moderation; they produce temperaments, preventing the sore evil of harsh, crude, unqualified reformations; and rendering all the headlong exertions of arbitrary power, in the few or in the many, forever impracticable.

Burke warned in the Reflections that “[m]oderation will be stigmatized as the virtue of cowards, and compromise as the prudence of traitors.” Yet these, he separately wrote, are the true conservative virtues, because these comport with human limitations: “Moderation, prudence, and equity are far more suitable to our [human] condition than loftiness, and confidence, and rigor.” This is conservatism. It relies on compromise not on the basis of a Progressive insistence on “getting things done” but because compromise disperses power and reflects the frailty and uncertainty of human nature.

Yet deliberation is not evident in the rhetoric of oblivion. Neither is limitation. There is no sense of caution, no awareness of the limits of human judgment or the horizons of human perspective. There is only certitude and righteousness. (Burke: “Nothing universal can be rationally affirmed on any moral or any political subject. Pure metaphysical abstraction does not belong to these matters.”) The will of the people is neither channeled nor seasoned to distill its common sense but simply exalted in its raw form—measured, in Cruz’s formulation, by Twitter followers and online petition signers. Meanwhile, defeat seems merely to reinforce the messianic sense, a perverse form of victimhood once glorified by liberalism but now embraced in this strain of self-described conservatism too.

None of this is to be Pollyannish. The constitutional order is coming under growing strain. Its contours would be unrecognizable to its founders. But the problems can be serious in scope and even constitutional in character without the stakes rising to oblivion.

The question conservatives must ask is why the stakes must so be inflated. The answer may lie in Cruz’s legions of adoring fans, a phenomenon prudence tends not to produce. (Note the shouted interruptions in his Values Voters speech, such as: “God is for you, who can be against you!” and “We’re inspired by you!”) Conservatives are going to have to decide, sooner or later, whether to call this what it is: a cult of personality, a quest for power; moral certitude, political puritanism. Perhaps some of these things; perhaps all. But conservatism it is not.

The Political Theory of Fantasy Football

The Call of American Liberty