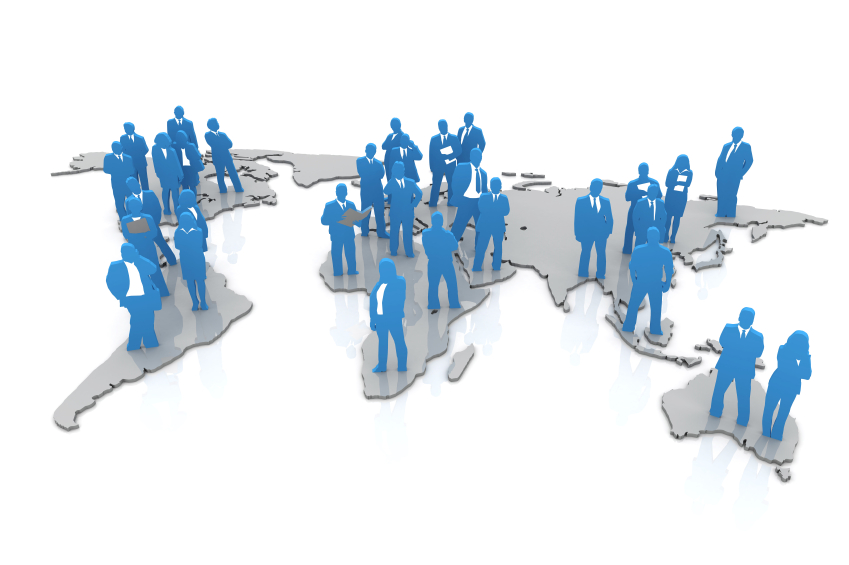 A plausible interpretation of America and the world at the moment is that the imperatives of the 21st century global marketplace are so powerful they trump anything religious and political leaders say or do.

Techno-economic change does not, to be sure, trump anything and everything that nature might do. We recently had the near-miss of the stormy sun disrupting our electric grid and plunging us into the 18th century, and experts think there’s a 12 percent that could still actually happen over the next decade. That’s a lot more scary, if you think about it, than the possible long-term effects on the climate of anthropogenic global warming, although I’ll admit there’s an inconvenient truth or two there, too.

There’s also, of course, the disturbingly successful indifference of Putin and ISIS to the market, and the maybe more disturbing agility by which the Chinese manage to be both authoritarian nationalists and techno-cagey capitalists.

Still, there’s plenty of evidence that capitalism—despite lots of blips here and there—has won. On the strength of that evidence, we are seeing a kind of libertarian convergence in the behavior of the two major American political parties. We read that the Koch brothers, who understand themselves as humane social liberals on issues such as same-sex marriage, are moderating the Republican agenda by working to rid the party of its reactionary social/cultural conservatism.  The Republicans should restrict their message to the issues of cutting taxes on “job creators” and eliminating as many government regulations as possible—including getting rid of the basic arbitrariness of affirmative action quotas and any laws privileging the rights of unions over the rights of free individuals to work.

The strength of the Republican Party, it’s increasingly seen, is in branding the progressive Democrats as the true reactionaries, as working to prop up safety nets, entitlements, and such that are unsustainable in view of our demographic trends and the competitive global marketplace. True progressivism is affirming market-driven technological progress.

I’m tempted to add that that means true progressivism is in the direction of anarcho-capitalism and transhumanism. And the truest progressives are futurists such as Silicon Valley’s Peter Thiel and the libertarian economist Tyler Cowen. The truest think that technology and markets, by overwhelming nature and politics, benefit everyone, even or especially the poor.  These progressives are for liberty and against collectivism of all kinds, beginning with democratic politics and civic devotion.

Just to be clear, I’m not saying that everyone with libertarian inclinations lumps citizenship in the same category with union membership and socialist comradeship. I’m sketching the extreme or consistent position here.

Concomitantly, the influence of Silicon Valley on the Democratic Party has deflected that party somewhat from the aggressive politics of redistribution and toward an acceptance of the relatively low taxation and property rights as ways to unleash the unlimited benefits of techno-innovation. The Democrats, in the mode of Bill Gates and his Common Core, may be more about using the power of the state to modify the market to better secure the blessings of Silicon Valley’s mega-entrepreneurship and mega-data, as well as about developing government-corporate partnerships to deploy techno-expertise in the service of nudging ordinary people in the direction of predictable productivity.

Consider that the Democrats have now decided to focus their campaign on two fronts. The first is against the Hobby Lobby decision and for the right to personal autonomy, beginning with government-mandated free contraception. The point of the contraceptive mandate is the guaranteed detachment of the sexual behavior of free persons from the hard responsibilities of birth and death. That detachment is one way among many that government can promote the health and safety of the particular persons alive right now. It’s also a way of allowing women, just like men, not to be stigmatized as breeders for the state and to be free, just like men, to be unencumbered productive workers.

Young people voting Democratic these days are not doing so, we often read, out of “social justice” concerns understood as sensitivity to the plight of the poor. They believe that government can’t do anything more than it’s doing now and will certainly end up doing less on the “welfare state” front. What they want is to be protected from any legislation that originates in the animosity of conservative moralism. With the ambiguous exception of being soft environmentalists, they aren’t progressive or even liberal in the FDR sense at all; they’re not for devoted citizens supporting the evolution of the cooperative efforts of government supplanting the competitive selfishness of the market in solving social problems.

For Democrats, progressivism now mostly means progress on the autonomy front, making individuals better able to determine their own personal identities free from relational or governmental bullying. So there is a place for government in making sure there’s no discrimination of any kind against gays and so forth, even a place for stigmatizing traditionalists on the speech front since traditionalists may be prone to expressing residual religious or cultural animosity. Academic freedom, in this view, can allowably be displaced to some extent by academic justice.

Plenty of libertarians, to be fair, mock this sometimes bureaucratically overbearing trumping of freedom by justice-defined-as-autonomy. It remains the case, however, that the Democrats’ autonomy line can be expressed in ways libertarian economists can affirm. It’s about freeing people to choose in accord with their personal preferences without being saddled with the baggage of cultural oppression.

Cowen, for example, has said that the unreserved acceptance of the “transgendered” choice to use medical technology to alter one’s biology is a good sign when it comes to real social progress. And so he strenuously objected to economist/candidate David Brat’s referring to sex-changed economist Deirdre McCloskey as “him/her.” The Democrats disagree slightly with Cowen only in thinking that government—and corporations—might nudge people a bit in the service of such enlightenment. And the nudgers, after all, really do believe that cultivating that competency of diversity really is in the service of the globalized marketplace, a place where, as the libertarian futurist Brink Lindsey claims, the future belongs to those especially adept in abstract or deracinated thinking, thinking unencumbered by particularistic moral or cultural or relational considerations.

The second front in President Obama’s war on behalf of autonomy will be to issue an executive order granting immediate amnesty to millions of illegal aliens. It seems he will do so in a shamelessly highhanded way to provoke an impeachment effort by Republicans defending both our nation and our separation-of-powers Constitution.

Our President excels at campaigning but isn’t much good at governing. And all Presidents since the 22nd Amendment have had a problem finding “energy in the executive” in their second terms without the prospect of reelection as a reward for effectively securing people’s interests. Provoking impeachment is a most clever way of giving the President another campaign—a way of winning a de facto third term. It is also a clever way of highlighting another issue that he thinks will benefit his party over the long term.

Immigration, at first glance, is an old-fashioned Democratic issue. Our first African American President will use presidential leadership (invented by Woodrow Wilson and FDR) to elevate the status of marginalized and often impoverished Latinos, bringing them into a coalition in defense of big, compassionate government. Certainly this will be Obama’s most divine or uninhibited act as an agent of change that most liberals or progressives can believe in. It will be, in effect, an exercise of what John Locke called godlike prerogative overriding our Constitution’s establishment of legislative supremacy. And he will do it, apparently, without having overwhelming public opinion or a genuine sense of national emergency to justify stepping beyond the ordinary constitutional constraints of his office.

Still, the second glance is much more penetrating than the first. Opposition to unrestricted immigration in America is, at its best, on behalf of American citizens and citizenship. It is in that sense not partisan. American corporate interests want to flood the country with immigrants to depress wages by creating tougher competition for scarce unskilled or “uncognitive” jobs; it’s part of the increasingly successful campaign against what remains of industrial and other private-sector unions. The Chamber of Commerce, as much as the President, has been for that kind of immigration reform.

Not only that, libertarian economists, such as Cowen, say they want to reduce global disparities in wealth by bringing down national borders. For them, claims of citizenship are a kind of “rent-seeking,” and the devotion of citizens a kind of collectivism.  After a few drinks, when a libertarian economist echoes President Reagan by shouting “tear down those walls,” he means those political barriers that separate one country from another.

Libertarians have been writing a lot lately about the unnaturalness of national borders, as if that were some kind of big news. The point of the borders (as Plato and Aristotle first explained)—or the creation of a people in a particular territory—is to make self-government possible. The point of opposition to borders is to displace politics with economics by bringing down all moral or “regime-based” opposition to the unfettered operation of the market. This post-political thinking, of course, abstracts from even the imperatives of national security, although most libertarians aren’t so “anarcho-capitalist” that they believe in dispensing with the government’s “monopoly of violence” when it comes to defense.

To be clear, I’m for a very generous and global immigration policy, in the spirit of G.K. Chesterton’s observation that much of American’s greatness and vitality comes from being “a home for the homeless.” But there has to be a policy, one oriented around the requirements of a self-governing people. I might well support a policy of amnesty combined with real border security and a deep determination just to figure out who is actually here (as they were able to do at Ellis Island with no digital technology at all).

The idea of “guest workers” is un-American. To be an American is to be either a citizen or on the road to citizenship, not a mere producer or consumer or displaced individual. The President gives us no confidence that he’s about combining amnesty with genuine political restrictions to and shaping of immigration. It’s essential to his effort to disrupt the Republican coalition by appealing to its younger and more libertarian (not to forget corporate) elements that any such confidence in him would be foolhardy.

We can say that President Obama’s campaigns for the contraceptive mandate and immigration are ways of taking traditional liberals’ minds off the fact that he has no way of actually delivering bigger and better redistributive or “entitlement” government. In any case, they are policies that either are or can be framed to appeal to our more libertarian, abstracted or diversity-conscious, and post-political young.

We can say, in short, that these two issues serve the imperatives of the 21st century global competitive marketplace. Both are evidence of the predictive excellence of libertarian futurists such as Cowen and Lindsey. They are also reforms directed against a free, self-governing people—against legislative deliberation and compromise.

Recall, for example, that the contraceptive mandate is not even in the actual Obamacare legislation, precisely because the bill could not have gotten through Congress with it attached. And deliberation and compromise are indispensable for sound immigration policy, given that it always involves mediating conflicting principles and interests.

How to Think About the Birth Dearth