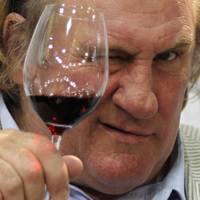 The case of Gérard Depardieu continues to agitate France. The most famous French actor in the world has recently taken Russian citizenship (granted in record time) in protest against high rates of taxation in France. By coincidence he had recently played the role of Rasputin in a film made for Russian television.

Depardieu is a very rich man; he has put his house in Paris up for sale at $66 million, and that is only one of his properties. It is therefore not entirely easy, psychologically, for most of us who live in slightly more modest conditions to see him as a man on the brink of ruin. But like all rich Frenchmen at a time of demagogic attacks on the rich, he fears the most confiscatory of all taxes, the ISF (Impôt sur la fortune), a levy on personal assets that could easily result in someone having to pay more, even much more, than 100 per cent of his income in tax. This would be quite popular in a country in which many people consider all personal enrichment but their own as illegitimate, and in which the ISF is justified as being a manifestation of social solidarity. Solidarité in France is no longer an expression of compassion, but a matter of fiscal policy mandated by the political class. To put it another way, human feeling has been nationalized.

Depardieu has been the object of much unfavorable commentary in France, made all the easier by his sometimes unattractive or even rebarbative personal behavior. He has been cast as unpatriotic, ungrateful, greedy, heartless and selfish. Those who see him in this light ask whether, at a time when so many people in France are experiencing economic difficulties, so rich a man as he could not easily afford to part with a few hundred thousand or million in taxes? The fact that he is not willing to do so shows him to be of bad character.

An interesting article in the left-wing newspaper, Libération, by Marcela Iacub, took another line: Depardieu is not so much to be hated, excoriated or despised, as pitied.

The argument in the article is as follows. Money is a means to an end, not an end in itself; beyond a certain level, long ago reached by Depardieu, more brings no greater happiness. He would not, after all, be twice as happy in a Parisian house worth $132 million as in one worth only $66 million.

Most immense fortunes are obtained not as a reward for scientific or artistic talent, as Depardieu naively supposes when he rails against the talent-suppressing effect of high taxation, but either by inheritance or as a consequence of a special talent for accumulating money. The latter talent is not in itself admirable; and most of those possessed of a more admirable talent are not motivated principally by the desire to make a fortune. Depardieu is quite wrong, therefore, so closely to identify his wealth with his talent.

By removing himself to a different tax jurisdiction Depardieu, it is true, might continue to enjoy a few extra millions for the rest of his life; but, asks the author, ‘when one considers that he is 64 years old, his physical condition [he is monstrously fat], and the scant care he takes of his health, will there be enough time be left to him to enjoy his few millions saved?’

In short, by refusing to pay his taxes, Depardieu shows that he is running after false gods and does not know or understand his own best interests. He is therefore a man to be pitied, as are all those who waste their lives chasing false gods; he is the victim of his own folly. The author says that the French Prime Minister, M. Ayrault, was mistaken when he publicly contrasted Depardieu’s egoism with what he called ‘fiscal patriotism.’ He should instead have said to Depardieu, ‘Your are stupid, you are mad, you are suicidal.’ This is because, by refusing to accept redistributive taxation at a very high level, Depardieu ‘risks losing things that are above price, such as the love, esteem and admiration of his fellow-countrymen.’

Compassion for Depardieu, however, is but the velvet glove that hides the iron fist. The author says ‘The accumulation of money [by those who cannot have further need of any] is a sort of madness, and a kind of injustice towards those who do not have enough even to meet the most basic needs of existence.’ She also says ‘A rational and just society must prevent the accumulation of capital by individuals above a certain level.’

This is very sinister. I think many of us might agree that accumulation of money for its own sake, or indeed accumulation of anything else, is often a sign of folly (though personally I am grateful to our ancestors that some of them indulged in this kind of folly). But by use of the term ‘injustice’ the author implies that wealth must be a form of spoliation – else how could the accumulation of money be, ipso facto, injustice? This zero-sum view of the economy – a kind of anti-Semitism without the Jews – has caused untold harm, misery and murder in the world.

Further, it would require immense, indeed totalitarian, political power to decide what are both ‘the most basic needs of existence’ and an acceptable level of capital accumulation (I leave aside entirely the practical probability that setting such parameters would inhibit prosperity). To be just in the sense that the author means, the most basic human needs and acceptable levels of capital accumulation would have to be identical throughout the world, for if they were different in different societies they would merely set up new injustices, between rather than within societies. Without realising it, then, she is arguing not so much for world government as for world dictatorship.

More probably she is arguing to defend the status quo in France and possibly in other European countries as well. To establish this, let us try a little thought experiment.

Suppose that Gérard Depardieu were to undergo a conversion experience and see that his wealth was not unjust but unseemly in view of the difficulties or hardships of others, and that as a consequence he decided to give it away to those most in need (as determined by him) in exactly the same proportion as he would have been taxed. Would that be acceptable to all those who criticized him for refusing to pay his tax?

I suspect not: for in the modern world, the state claims the monopoly not only of force, but increasingly of compassion as well.

Targets on Their Backs

Is There a Technology Trap?

The categorical claim, made now by many alarmists, that “this time is different; jobs are gone forever” is no more plausible now than in the past.

Once we indulge the taste to take away simply because others have, there is no end but desolation.

How the Sharing Economy Helps the Middle Class by Enlivening Capital