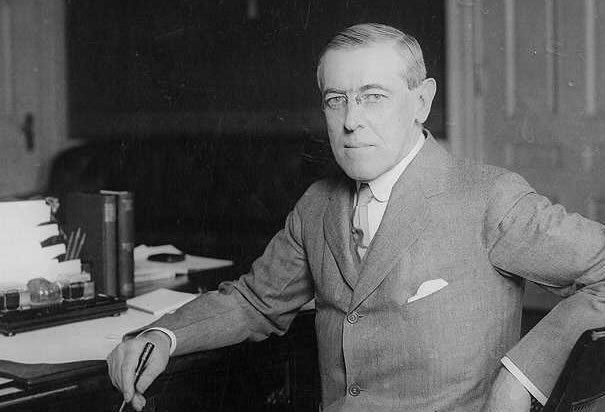 In 1887, when Woodrow Wilson was still a mere academic, he wrote an essay that served as a clarion call for administrative power. Revealingly, one of his themes was that reformers faced greater difficulties in modern democracies than they had in the monarchies of the past:

Once the advantage of the reformer was that the sovereign’s mind had a definite locality, that it was contained in one man’s head, and that consequently it could be gotten at. . . . Now, on the contrary, the reformer is bewildered by the fact the sovereign’s mind has no definite locality, but is contained in a voting majority of several million heads; and embarrassed by the fact that the mind of this sovereign is also under the influence of . . . preconceived opinions; i.e., prejudices which are not to be reasoned with because they are not the children of reason.

Exacerbating this problem was the diversity of the nation, which meant that the reformer needed to influence “the mind, not of Americans of the older stocks only, but also of Irishmen, of Germans, of negroes.”

Wilson unabashedly elaborated his ethnic and racial fears: “The bulk of mankind is rigidly unphilosophical, and nowadays the bulk of mankind votes.” And “where is this unphilosophical bulk of mankind more multifarious in its composition than in the United States?” Thus, “[i]n order to get a footing for new doctrine, one must influence minds cast in every mold of race, minds inheriting every bias of environment, warped by the histories of a score of different nations, warmed or chilled, closed or expanded by almost every climate of the globe.”

Of course, Wilson was not alone in worrying about persuading diverse Americans to adopt progressive reforms, and ultimately it was not merely progressives who would support administrative power. Nonetheless, his fears are suggestive. Progressives tended to favor a sort of power through which they could evade the political obstacles inherent in representative lawmaking. More generally, administrative power often was favored by what could be called the “knowledge class”–a label borrowed from Daniel Bell, and used here to mean not a class in the Marxist sense, but rather the persons who increasingly perceived knowledge as the crucial source of identity and status. Whether or not they had much knowledge, and whether or not they exercised or influenced administrative power, such persons tended to welcome a sort of governance that purported to elevate knowledge as the qualification for office.

The key was to shift legislative power from representative legislatures to administrative agencies. In this way, much lawmaking could be removed from the messy process of representative politics into the rationalizing realm of expertise.

It thus is no accident that administrative power characteristically evades the constitutionally established modes of imposing legal obligation. Under the Constitution, the government can impose legally binding rules only by making law. It can do this by obtaining approval for a constitutional amendment, by getting ratification for a treaty, or most basically by persuading Congress to enact a statute. The pursuit of reform entirely through legislation, however, was exactly what Wilson and so many other progressives despaired of doing. Moreover, representative government involved a political process that much of the knowledge class found chaotic, distasteful, and insufficiently deferential to their understanding of their status. They therefore increasingly welcomed another means of imposing binding rules–not through law, but through administrative edicts.

And this points to the defining characteristic of administrative governance. Precisely because this mode of binding Americans is done not merely through law, but through other mechanisms, it is extralegal. Of course, this extralegal power often has statutory authorization. Even with such authorization, however, administrative governance remains extralegal and an evasion of the constitutionally established mode of lawmaking.

The problem of extralegal power is different from mere unlawfulness. Congress frequently enacts statutes that violate the Constitution, and Congress thereby works through law but in violation of a higher law. In contrast, when the government binds Americans administratively, it does not act merely through the law. On the contrary, it acts through administrative edicts, and it thereby binds Americans extralegally. The path of law through an elected legislative body has thus increasingly been displaced by the opportunity for administrative command.

Although the United States persists as a republic, a very different sort of government has evolved within it, and Wilson’s comments are suggestive of how this has happened. Being extralegal, administrative power has offered a means of evading the constitutionally established modes of power.

Our nomination process is designed to enable candidates such as Bernie Sanders and Presidents Donald Trump, like them or not.

Of Constitutionalism, Consequentialism and Climate

Group Preferences: Opiate of the Intellectuals