There is no dictum more central to Burkean prudence than the idea that one does not establish rules for the ordinary case based on the extreme one.  So why is Rand Paul, of all people, on television speculating on what the Boston marathon case might mean for a policy on the domestic use of drones?

His answer, apparently leaning more toward his presidential ambitions than his 13-hour filibuster on the topic, was that he would not have objected to the use of a drone against Dzhokhar Tsarnaev during the manhunt for the alleged Boston marathon bomber.  This is being interpreted as abandoning Paul’s general objection to the use of drones against U.S. citizens on U.S. soil. 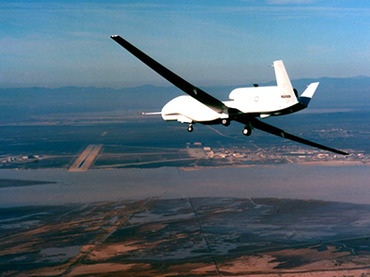 A collective inhalation is in order here.  First off, there is not the slightest indication that a drone attack against Tsarnaev, who was hidden in a dense suburban area thickly populated with civilians, would have been necessary, warranted or prudent.  Paul and other senators—Al Franken got in on the game too—are being asked to engage in pure speculation.  (See again “Burke, Edmund”: “I cannot stand forward, and give praise or blame to any thing which relates to human actions, and human concerns, on a simple view of the object as it stands stripped of every relation, in all the nakedness and solitude of metaphysical abstraction.”)

Second, and the crucial point: Had in some wildly imaginative circumstance a drone attack on U.S. soil been warranted in this case, that would not establish a precedent worthy of policy, least of all for ordinary cases.  What Burke decried of Jacobins merits reflection in this context: “Their idea of their powers is always taken at the utmost stretch of legislative competency, and their examples for common cases, from the exceptions of the most urgent necessity.”

An attack on a U.S. citizen on U.S. soil—if one can imagine the circumstances, which would have to include the most imminent and ominous possible threat—would be a matter of prudence undertaken outside normal rules precisely because of the extraordinary extremity of the case.  Those responsible would be politically accountable.  But the decisive point is that the ability to imagine such a scenario does not justify maintaining a general policy of permissiveness.  Hunt-and-kill orders against American citizens on American soil ought to be illegal, and exceptions to them, if philosophers can conjure them on the heads of pins, should remain exactly that: exceptions.

But using such thought experiments—like the vaunted ticking-bomb scenario—to set policy is a dangerous course.  They represent a classic and anti-Burkean instance of mistaking extremities for the ordinary case.  Indeed, critics of the Bush Administration’s terrorism policies routinely claim they were lawless.  One could argue on the contrary that they were excessively legalistic—the political equivalent of defensive medicine.  The cold and clinical terms to which torture was reduced were the result of attempting to substitute policy for prudence, juridical standards for judgment.  If torture, for example, is ever warranted—and this is doubtful to the gravest degree—it, like the domestic use of drones, ought to be a matter of exceptions from rules rather than of rules, of prudential judgment and political accountability rather than legalistic policy.  Policy for extreme cases has a way of mutating toward ordinary ones.  It turns exceptions into rules.

The extremities policymakers are now being driven to imagine are matters for prudence, not policy.  The search for an absolute policy that covers every contingency is a flight from human judgment and, with it, individual responsibility. Judgment, in politics, is inescapable.  It ought to be.

Anyone seeking to claim Edmund Burke’s mantle should recognize the depth of his commitment to economic freedom.

A conservative politics faithful to its Burkean heritage must be rooted in more than an emphasis on prudence or skepticism: it needs natural law.