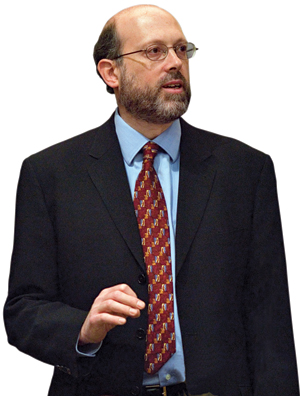 I am beaming with delight to announce that Philip Hamburger, the Maurice and Hilda Friedman Professor of Law at the Columbia University School of Law, will be joining Law and Liberty for the month of August as a guest blogger. You might have heard of his latest impressive work of scholarship Is Administrative Law Unlawful? My podcast with Prof. Hamburger earlier this month explores his exposition on the extralegal capacity of the administrative state. Progressives claim that law-making executive agencies are a necessity for organizing a large commercial and urban society, but Hamburger convincingly argues that it really is a return to the absolutist Stuart monarchs where such power was exercised outside and above the law. That is its true home, something borrowed from a past experience with unlawful power that our state and national constitutions tried to foreclose. Perfectly timed to speak to the myriad abuses our administrative agencies are imposing on American citizens on a weekly basis, this book promises to intrude and hopefully reshape, if not undermine, this strange system of law, one that exists apart from the Constitution, Hamburger observes.

I hardly need to add that he is one of the best constitutional historians in the academy today. His book Separation of Church and State is a must read for understanding the rather untoward history of strict separationist claims in American constitutional law. Law and Judicial Duty grounds the pedigree of the doctrine of judicial review in the two ideals of law and duty of English common law judges. Their duty was to rule in accord with the ‘law of the land’ in their official roles. Would that such a notion of fidelity to law could return.

I greatly look forward to his contributions to this space. Please welcome him!

Time to Rethink the Chevron Doctrine

Philip Hamburger’s German Connection, and Mine: Part I

Judge Kethledge Is the Best Choice to Curtail the Administrative State

Originalism Is Beside the Point

Most lawyers today seem to believe that they must make new law because the one they inherited was in fact fundamentally unjust.