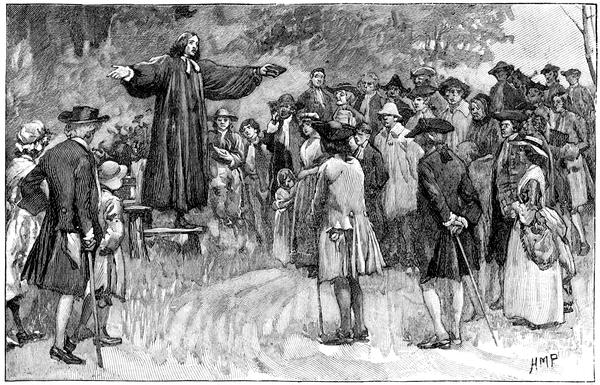 Economist editors John Micklethwait and Adrian Wooldridge shocked the secular West in 2009 by announcing that God Is Back—starting with China, of all places. Here were two epitomes of British reasonableness explaining that Europe was the modern exception in viewing God as dead, an irrational shadow of the past, with its Continent declining in population and power, and the rest of the world resembling America in having religion as a part of their cultural dynamism.

China’s atheistic communist government conceded that its Christian population had doubled to 21 million over the past decade, worshiping in 55,000 official Protestant and 4,600 Catholic churches. The underground church, it’s widely known, was much larger—by foreign estimates perhaps 77 million, which means larger than the Communist Party. A Pew Global Attitudes study found only 11 percent of Chinese saying religion was not important in their lives, compared to 31 percent saying it was very or somewhat important. Indeed, everywhere the authors looked outside their European homeland, religion was booming in the early 21st century world.

Six in 10 Americans today tell Pew pollsters that religion plays a very important role in their lives. Over 80 percent believe in God or some higher power, with only four percent choosing agnosticism and merely two percent atheism. Only eight percent said they did not pray, as against 73 percent who said they prayed at least weekly, while 83 percent said God answered prayers. Sixty-three percent said they belonged to a church. The most recent Pew poll reflected some changes, with a plurality agreeing that gays had a right to marry, but a majority also thinking that homosexuality was sinful. Seventy-two percent agreed religion was “losing influence” in America but 56 percent of these thought that this was a bad thing.

What is often overlooked is international data. WIN-Gallup International statistics show that 59 percent of the world population says it is religious and only 13 percent is atheistic, almost all of the latter in China, Japan, the Czech Republic and France. The people of Africa, Latin America, India and Asia, and the Muslim world almost all consider themselves religious. Tempering the Micklethwait/Wooldridge thesis somewhat, even many in Europe say they believe in God (with Sweden registering the lowest polling number, apparently we ought to call it Secularism Central) and many Europeans also say they pray.

The Science Times section of the New York Times became part of this reawakening in the person of Nicholas Wade, one of its former editors and earlier editor of the prestigious journals Nature and Science. He issued a book the same year titled The Faith Instinct: How Religion Evolved and Why It Endures. Religion is merely an evolved instinct, Wade argued, but it was essential to the evolution of human beings from frail animal to master of the world.

Wade’s jumping-off point was chimpanzees, asking why humanity’s closest living cousins have not evolved much since their species split some five million years ago even as humans have changed dramatically merely in the last 50,000 years. His explanation is culture, which evolutionists have only recently taken seriously. They’ve learned that culture can feed back into the genome, “accounting at least in some part of the vast differences between people and chimpanzees.” Moreover, evolved humans are “vastly preferable—kinder, more prosperous, less warlike, less profligate of the environment and more knowledgeable.” With the hunter-gatherers of prehistoric times, war deaths reached 15 percent of population, compared to war deaths of one percent even in a horrible century (the 20th).

“Such substantial and fairly steady progress cannot have been directed by evolution, a blind and largely random process with not a flicker of interest in human welfare,” writes Wade. “Surely the only possible origin of progress is human choice.” Early humans in small groups needed rules to restrain individual self-interest for group survival as an instrument of individual survival. These rules “likely” have a genetic root, which accounts for morality at its “core” being “very similar in every society” but their development and significant differences are based on culture. The similarities are rules against murder, theft, and incest and a general belief in “Do as you are done by.” Even Darwin found the latter principle “the foundation of morality.”

Hunter-gatherer religion developed to provide more effective restraints than force, since even the strongest leader was easily overwhelmed by several offended men. The fear of gods and spirits effectively restrained attitudes that were hostile to group survival and solidified the in-group against outsiders, who often were not viewed even as human. Religion provided the “primal glue” that unified these groups and prepared them to survive. Roman emperors even took the title pontifex maximus, meaning chief priest as well as emperor, and all bureaucracies probably started in temples. As the late Samuel Huntington reminded us, religion still defines the line between the major civilizations.

God is making such a comeback that a professor of political science at the University of Texas can write a book provocatively titled, What We Cannot Not Know. Jay Budziszewski argues therein that what we “cannot not” know is moral rules and even God. These are obvious to any thinking person, he claims. Everyone has a sense of a moral law written in his conscience. Only sloth, self-deception, or apathy can lead to denial. To argue that everyone believes in God and morality, in the face of the nonstop proclamations we hear from various people that they do not believe in them, has always seemed rather arrogant if not irrational. But one must admit Budziszewski makes a powerful case.

Budziszewski in some ways models Wade in arguing that there is a “universal common sense of the human race” about morality. Budziszewski calls this “natural law” that, at “some level,” is known to all. He does not find this exclusively biological but neither does Wade with his concept of culture. Budziszewski claims these are also “right for all” and even Wade has his sense of “preferable” human development that implies some sense of “right.”

Budziszewski goes on to say that it “makes a difference” that moral rules “are right for all; otherwise there would be nothing for moral reasoning and persuasion to be about. It makes a difference that they are known to all; otherwise even though moral reasoning and persuasion would be about something, they could never get started” discussing, much less agreeing upon, basic moral behavior or the immorality of the act of murder.

How could we argue something was moral or immoral without some reference point somewhere? Budziszewski says it is naturally in us all. Wade finds it based in genes and then developed further by culture to promote survival. Neither expects we know these principles unfailingly, with Budziszewski arguing that we refer to these principles even when we break them, to justify breaking them. To Wade’s short list of universals, Budziszewski adds: caring for one’s children, and being against maiming, slander, and most adultery. Wade would probably accept these and perhaps even the popular belief in some type of universal spirit or God, as opposed to Budziszewski’s belief in its reality.

Budziszewski slips a bit quickly into treating as universal the Decalogue and its authorship by a designing, caring, forgiving God—clearly neither is universal—but he on the other hand insists that one cannot speak about moral rules in general, only how they are elaborated by tradition. In this he is similar to Wade on culture. We otherwise only know natural law inarticulately, with Budziszewski even admitting that the monotheistic traditions and pre-Noahide covenant pretty much define modern natural law, which has the benefit that these different traditions can understand each other at least to some degree.

The problem is speaking to people with no tradition, or rather to the modern intellectual tradition that explicitly rejects the common tradition in favor of one pragmatically defined by its experts as new conditions arise. To those who argue that the modern is superior because it is based on reason rather than belief, Budziszewski counters that the great atheist philosopher Thomas Nagel admitted his atheism is partially based on the “hope there is no God. I don’t want there to be a God; I don’t want the universe to be like that.”

Still, if the natural law is written on all hearts, and is even enforced by a conscience, how can some deny it? Even in the face of conscience and the possibility of negative consequences, humans desperately want to be thought good, even to themselves. They resist conscience’s demands but they can escape through remorse, blurted confession, reflexive atonement, desired reconciliation or need for justification, for each of which Budziszewski presents pertinent examples. Some people can avoid these manifestations especially when taught to ignore them, but often at a psychic cost. The furies can be fought but there is a price to pay. Feelings can be manipulated even to accept a magazine’s image of a nude woman being fed into a meat grinder and emerging as hamburger; but Treblinka required psychiatric conditioning of its executioners to allow them to carry out their instructions. No matter how repressed, somehow “the flotsam of natural law—all those corks of truth” cannot “all be kept down at once.”

Moderns cannot but find Budziszewski impertinent to insist that we all must believe in God and the natural law when many of us have thought them safely buried. Still, what is one to make of it when, for example, a professed agnostic such as Charles Krauthammer says, “I don’t believe in God but I fear him greatly”? George Will, criticizing the agnosticism of Krauthammer, said that he believed his friend is actually an “amiable low-voltage atheist” like himself but “flinches from saying it.” Listen to Will explaining himself:

The basic question in life is not, “Is there a God,” but “Why does anything exist?” St. Thomas Aquinas said that there must be a first cause for everything, and we call the first cause God. Fine, but it just has no hold on me.

Fearing something one doubts exists? “Fine” about accepting a first cause called God “but it just has no hold on me”? What, we may wonder, is going on here? The books under review here might just be on to something.

John Gray Separates the Atheist Wheat from the Chaff

Who better than an atheist philosopher to point out the flaws in the arguments of those who insist on a Godless cosmos?

The Golden Age of Podcasts and Sam Harris’s Waking Up

Sam Harris and others offer podcasts for every interest, and this market offers a growing space for discussion and debate.