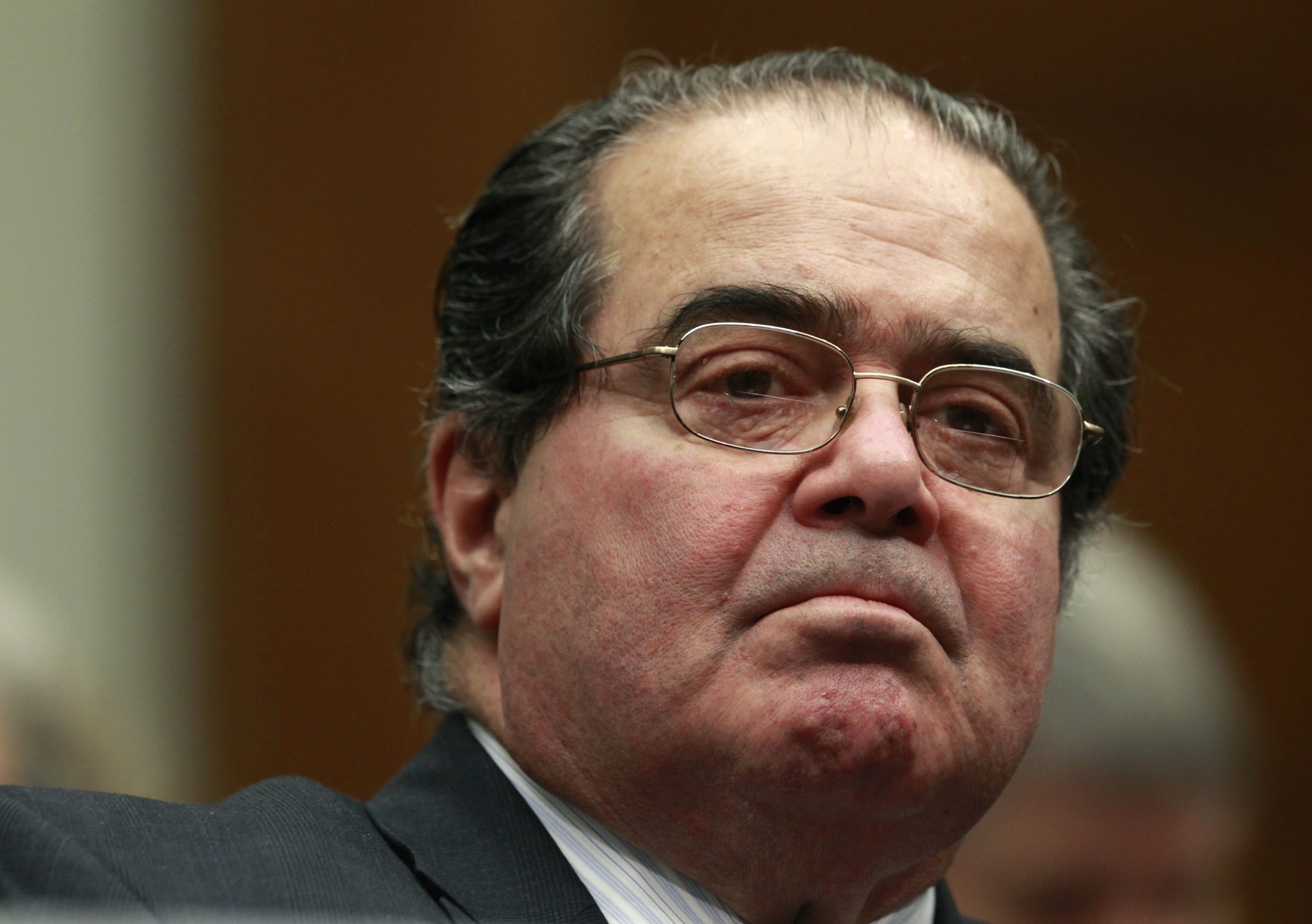 Recently, there has been some discussion, by admirers of Justice Scalia, of what is the Justice’s worst opinion.  Mike Paulsen argues it is Employment Division v. Smith, where Scalia for the Court interpreted the Free Exercise Clause to provide less protection for those who seek religious exemptions from general laws.  Mike Ramsey mentions both Whitman v. American Trucking (expansive view of Congress power to delegate to the executive) and Gonzales v. Raich (expansive view of Congress necessary and proper power) as possibilities.

Scalia’s views on the nondelegation doctrine are potentially important.  While the justices on the right have supported limits on Congress’s commerce power, there has been no similar efforts as to Congress’s power to delegate.  There are several reasons for that but one important reason is that Scalia would not have gone along.

In my view, though, Scalia’s worst opinions are his series of opinions defending the Chevron doctrine.  There is a reasonable argument that if Scalia had not been on the Court, the High Court would never have adopted the broad Chevron doctrine.  The Chevron decision itself, written by Justice Stevens, was probably never meant to have adopted the broad rule of deference that it has become.  Instead of adopting a categorical rule that required deference to agencies for both pure questions of law and mixed questions of law and fact, it was probably intended merely to hold that the particular statute at issue in that case – the Clean Air Act – allowed the executive deference as to the particular type of decision in that case.

Despite Justice Stevens’s apparent intent, the broader, categorical view of Chevron was adopted in the D.C. Circuit when Scalia was on that court.  When Scalia was elevated, he brought that view to the Supreme Court.  In the 1987 case of INS v. Cardoza-Fonseca, Justice Stevens – the author of Chevron – wrote that deference did not extend, in the context of the Immigration and Nationality Act, to pure questions of law (one take on the traditional view).  Evidently, Justice Stevens did not understand Chevron to have the broad meaning.  Scalia wrote a concurrence, for himself only, arguing for the broad interpretation and claiming that Chevron applied to pure and mixed questions.

As I have argued previously, Chevron could not be justified based on the original meaning of the Administrative Procedure Act.  Nor could it be justified based on precedent at the time of its decision.  It was largely a combination of the political preferences of the D.C. Circuit judges at the time – in favor of agencies (instead of judges) and in favor of clear rules.  Scalia’s textualism should have caused him to eschew the decision.

Originalism and the Colorblind Constitution

Bureaucrats in the Dock