One of libertarianism’s more admirable traits is its spiritedness, a welcome addition in a grey world. My blogging colleague Mike Rappaport adds thoughtfulness to spiritedness in his various elaborations on libertarianism. Lately he has asked what a libertarian immigration policy  might be and has responded to Michael Lind’s provocation that there are no libertarian countries.

Mike’s responses raise questions fundamental to the adequacy of libertarian thinking. I speculate that a kind of universalism originating in the Declaration of Independence underlies his thinking, but that a decisive Lincolnian correction is needed.

In arguing that principled arguments for liberty extend to persons regardless of nationality, he admits,

I find myself a bit in the middle. I do not believe that people in the United States should intrinsically count for more than people in other countries. But I do believe that people in the United States may secure certain claims from taking actions that benefit the country, such as serving in the armed forces especially if they are drafted. I don’t favor entirely open borders, but I do favor very liberal immigration.

But why not “entirely open”? Does he disfavor an open city foreign policy of the sort mocked by Stephen Knott in his reflections on the war of 1812? The domestic equivalent of an open city is a country based on the principles of the Declaration unable to prevent secession. (Thus, it won’t do to argue that as the colonies rightly revolted from Britain, so States could legitimately secede from the Union. The two situations aren’t comparable.) 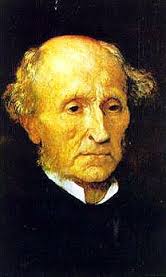 The issue of national defense and national identity comes up again in responding to Michael Lind’s provocative question, why are there no libertarian countries? Rappaport’s first answer is that people don’t understand or appreciate the benefits of libertarianism. (If we were only philosophers!) His second, more powerful argument is that people are self-interested, and don’t see how liberty can benefit all, not just one’s own. Citizenship appears to count for little or nothing in this calculus. He appears to stand for a Kantian rejection of the love of one’s own. “Another answer is that people often do not want libertarianism because they believe they are better off with restrictions on liberty – but they make this judgment without considering the benefits to other people from liberty.”

But I would take Rappaport’s ignorance/stupidity argument and his self-interest argument even further. Let’s posit a nation swelling with prosperity due to its libertarian principles. What will it do when threatened with foreign conquest or exploitation? Who would defend such a country or even want it to continue—see Lincoln,who describes such a situation in his Perpetuation Address.  The principles of the Declaration that would enable such a defense are inaccessible to a libertarian without the addition of corollaries to liberty. The duties articulated in the Gettysburg Address reestablish the Declaration’s universal principles in a particular nation.

If there were a completely principled libertarian country, it would fall to foreign conquest or domestic division. There can’t be a libertarian country for the same reason that there hasn’t been a Marxist one either, though there are free countries that profess civil and political liberty and tyrannies that profess Marxism. Both pure libertarians and Marxists hate politics and reject the notion that man is by nature a political animal.

One ideal country relies on the collective wisdom of free individuals, the other on wise and powerful bureaucracies, both of which look for a conversion of human nature from its political element. With the founders’ wisdom of The Federalist unappreciated, America has blundered into a Progressive compromise in politics-hating enlightened administration—see this month’s Liberty Forum. Its grip on our lives is one reason free and civilized nations need an enlightened libertarianism more than ever. Libertarian enlightenment might begin with John Stuart Mill’s defense of despotic rule for barbarians.

Tweeting into a PC Storm: Geoffrey Miller and Obesity

What Use Is an “Inalienable” Right?

If the right to liberty is alienable, whether despotic rule is just or unjust depends on the actual set of agreements between the people and their ruler.

Returning to Throne and Altar? Integralism, Liberalism, and Toleration

In leaving liberalism behind, is it possible integralists have failed to remember the benefits of toleration?