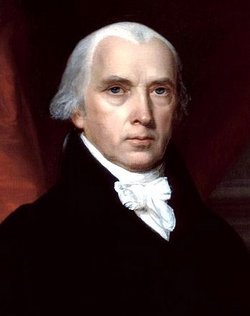 Mike Ramsey recently linked to Noah Feldman’s short essay about the declining influence of the United States Constitution on the rest of the world. Mike noted that Feldman claimed that judicial review was somehow invented by John Marshall in Marbury v. Madison.  While Mike criticizes Feldman, I would go further and say that scholars today generally recognize that judicial review was a relatively common practice prior to the Constitution, that the framers expected it to be employed, and that the constitutional text contemplates it.  To mention just one article, Bill Treanor (no conservative and not an originalist, at least of the standard variety) notes that prior to the Constitution, there were at least “thirty-one cases in which a statute was invalidated and seven more in which, although the statute was upheld, one judge concluded that the statute was unconstitutional.”  He concludes that Marbury built on a firm foundation of judicial review.

Another part of Feldman’s essay is even more worthy of note.  Feldman writes:

Perhaps Feldman is aware that James Madison, father of the Constitution, wrote that:

I entirely concur in the propriety of resorting to the sense in which the Constitution was accepted and ratified by the nation.  In that sense alone it is the legitimate Constitution.  And if that be not the guide in expounding it, there can be no security for a consistent and stable . . . exercise of its powers.

I would add that the great majority of interpretive approaches of the Framers’ generation, including the competing approaches of Hamilton and Jefferson, were some of type of originalism.  One might infer that Feldman believes that the Framers were not sane and that might then explain why Feldman recommends that other countries not follow the document that the Framers drafted.
Of course, Feldman has another point here.  He believes that people often use original meaning as proxies for their political views.  While he has a point here, I don’t think this is quite right. Instead, I believe the more accurate way to put it is that people with different political views often end up concluding that the original meaning has different meanings.  That is not necessarily because they are viewing the evidence in bad faith, but they are unconsciously influenced by their political biases.
While I don’t think we will ever get rid of differing views of the Constitution’s meaning, I do believe that as more information about the original meaning is produced with the growth of originalism, more agreement will result.  I have certainly changed my mind about several important constitutional issues based on the evidence and I expect to continue to do so.  Hugo Black, who Feldman cites as an example of a liberal who used originalism to generate liberal results, was an originalist of sorts, but he was writing at a time when our knowledge about the Framing had been impoverished, in part by the New Deal.  Even then, he produced several conservative results based on originalism, such as his dissent in Griswold and his view that the Contract Clause should be enforced strictly.  While originalism may never work itself pure, it is likely to generate more agreement with further knowledge.
Mike Rappaport

The Release of Michael Greve’s “The Upside-Down Constitution”

Bruen clarifies the meaning of the Second Amendment, but it also has potentially transformative implications for originalist theory.