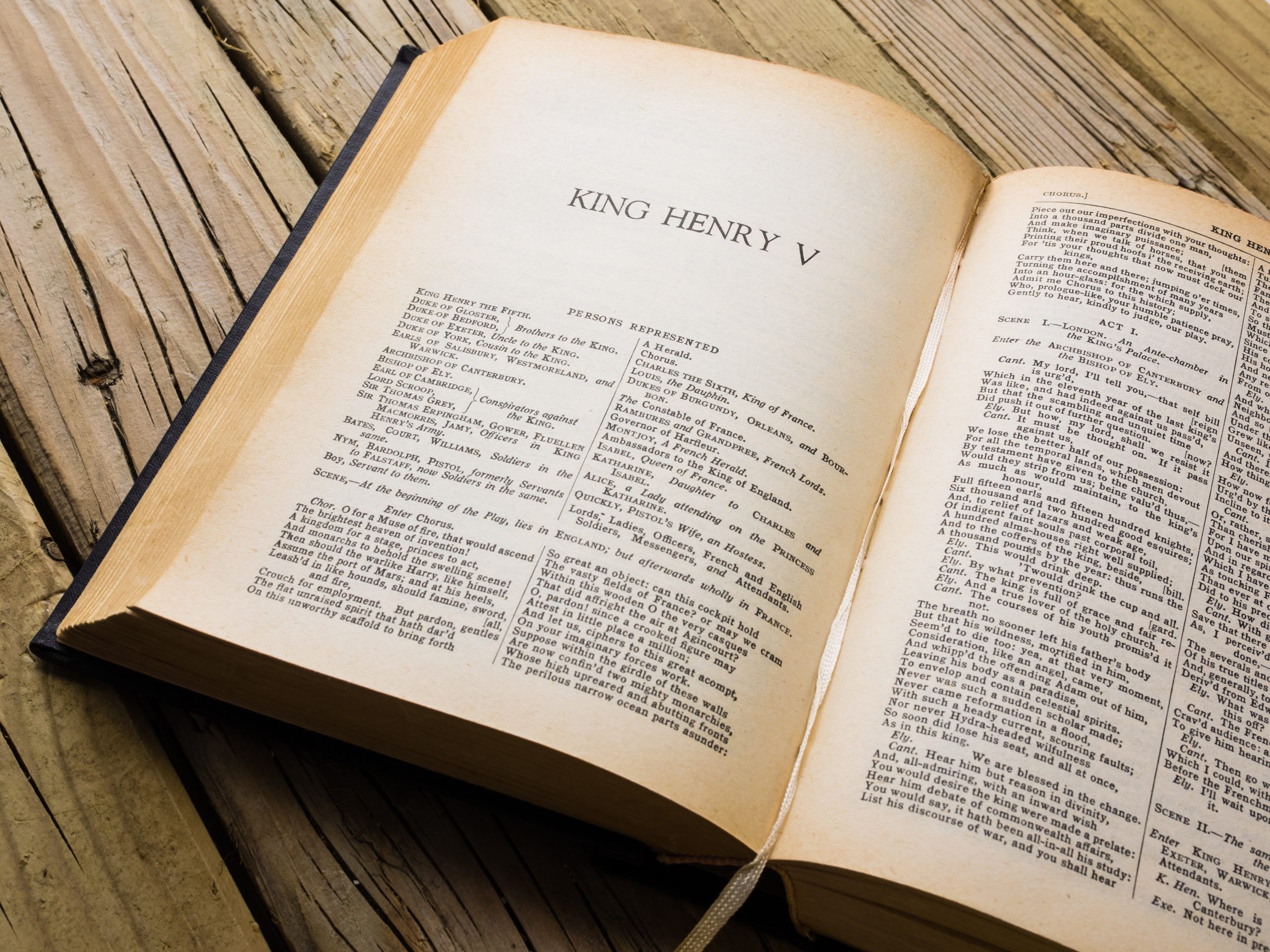 Here’s what I call the Shakespeare test. I substitute “Shakespeare play” and related words for the “Constitution.” The point is simply to judge whether, and to what extent, a proposed method of reading the Constitution differs from what we’d use when reading something more familiar. (It doesn’t need to be a Shakespeare play. It could be a baseball rulebook, or a math textbook, or the newspaper. Whatever.) Let’s try it with Levy’s paragraph:

Well, I’m unsure I would use the word “confine.” But, yeah, if we’re reading a Shakespeare play, then of course it’s the text of the Shakespeare play that we’re trying to interpret. It’s not really confining. It would be odd to try to interpret Henry V by, say, exegeting passages from The Crucible.

Originalism says that if the words [of a Shakespeare play] are at all unclear, then readers need to consult historical sources to determine their meaning at the time it was published . . .

Well, yeah, pretty much. At least if we’re interested in understanding what Shakespeare wrote in the play.

and the correct application of Shakespeare’s text to new situations should clearly follow.

Well, here Levy sets up a straw man. He repeats it a bit later in his column as well: “Justice Scalia also failed to realize — or at least admit — that textualism and originalism rarely determine a unique outcome for constitutional questions.”

As best I know, no sober textualist or originalist ever said application should “clearly follow” from application of the methods. Indeed, those I’ve read typically underscored that application isn’t necessarily clear or easy. But back to the Shakespeare test, there is, to be sure, a lot of wisdom to be chewed on in Shakespeare plays. The application of that wisdom to novel circumstances in one’s life today, however, is not necessarily clear. Indeed, readers can argue over what this or that passage might mean today. I don’t see that as a barrier, however, to trying to understand what Shakespeare actually wrote to trying to apply it to one’s life today.

The upshot, however, is, even on Levy’s telling, “textualism” and “originalism,” applied to a Shakespeare play, is just what normal people do to read and understand a text.

Levy then gives the coup-de-grace to Scalia, arguing that “textualism is actually self-undermining” because “Nowhere doe the Constitution explicitly state that textualism, no less originalism or any other method, is the correct theory of constitutional interpretation.”

Now I’ve picked on Shakespeare, but I don’t mean to imply that reading and understanding Shakespeare is always easy, or that understanding Shakespeare incisively doesn’t take study, insight, and diligence. The point is that what the experienced, incisive reader does is not a mystery. It’s just what ordinary readers do, except more. That a text includes specialized terms or technical phrases doesn’t affect the process of trying to read it accurately. It just takes more work on the reader’s part to try to understand what is written. But the goal is always the same: to understand what is written. If one doesn’t like what is written, then the appropriate response is to write something different, not to pretend that it’s “interpretation” to read what’s not there.

Historians and Originalists Part III: The Hard Case of Discovering the Original Meaning of the 14th Amendment

The Original Fourth Amendment and Unreasonable Searches and Seizures

Partisanship versus Jurisprudence in Judicial Polarization