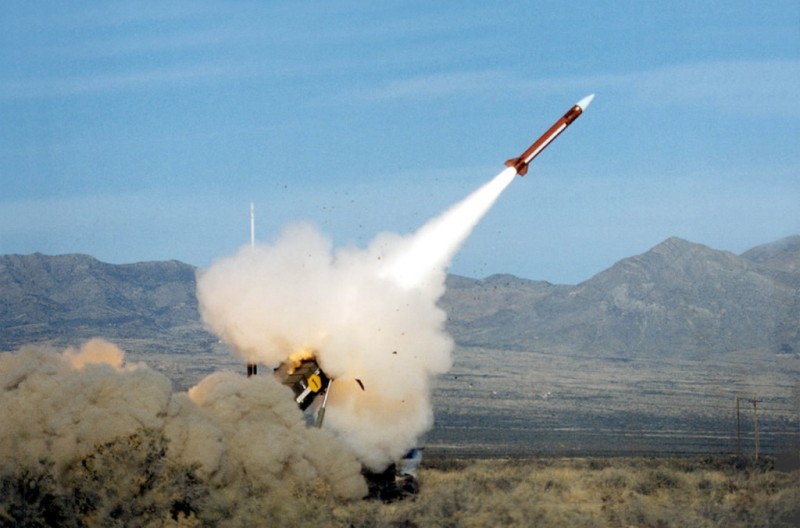 Today’s newly destabilized world having resurrected the specter of nuclear war, it behooves us to plan for ways to prevent and defend against a ballistic missile attack. Technology is less a bar to such antiwar insurance than are the U.S. government’s illusions and assumptions. Rhetoric aside, U.S. strategic policy is still mired in a 1960s assumption—that the fear of nuclear destruction makes these weapons unusable—and in the illusion that this fear is shared universally.

China, which has threatened to nuke Los Angeles and has been upgrading its missile forces to do just that, builds islands in and claims sovereignty over the South China Sea. Vladimir Putin builds new missiles while promising to back future Crimea-like ventures with Russia’s nuclear arsenal. Both practice killing satellites in space. Iran builds nukes and practiced sinking a U.S. carrier. American policy has not banished the specter of nuclear war.

Our policy is not to interfere with the capacity of Russian or Chinese missiles to devastate the United States. Nor do we defend our military’s electronic nervous system:  the satellites that provide our military’s geolocation, communications, eyes and ears. This telegraphs un-seriousness, and invites challenges to vital interests.

The U.S. government imagines that our diminishing nuclear arsenal can protect those interests. But there can be no plans for using it to benefit America so long as official policy keeps us vulnerable to missile attack. This advertises our asymmetric aversion to serious conflict and reduces American strategic policy to a transparent bluff.

“They wouldn’t dare!” is now a wish. What if they dared? What if Russia were to send its “green men” into NATO’s Baltic states as it sent them into Ukraine, or if China were to exclude U.S. ships from the South China Sea, or if Iran were to close the strait of Hormuz — all while destroying U.S. military satellites and brandishing the possibility of nuclear war? What would we do, not having the ability to defend our territory and satellites?

Today’s “national missile defense” is pretense, and not expandable. It consists of 30 interceptor missiles located at Fort Greely, Alaska, plus four at California’s Vandenberg Air Force Base, all to be launched and guided to terminal guidance phase by the Cobra Dane radar at Shemya, Alaska, based on “cues” from early warning radars. These interceptors are also supposed to protect the eastern coast of the continental United States.

Launching interceptor missiles only when the incoming warheads are in sight of the interceptors’ associated radar is dysfunctional for several reasons.

This system is stuck in the technical paradigms of the 1950s and the political ones of the 1972 ABM Treaty. The 2002 repudiation of that treaty notwithstanding, its prohibitions against anything that might “substitute for” ground-based radars and control systems, as well as against the use of “other physical principles”—are now part of U.S. policy and set our current programs against technology’s logic.

That logic demands that ground-based missile defenses combine early warning and interceptor-programming systems rather than separate the two. That is because efficiency in ground-based defense requires 1) that interceptors be launched on the basis of information from sources as close as possible to the offensive missile’s launch, and 2) that the interceptors be located close to the places to be defended.

Seriousness in ground-based defense, however, requires that information systems be based in orbit — with optical technology substituting for radars. This is essential. Since the only ballistic warheads that can reach U.S. soil must be intercontinental, this requires rapid, timely, exact information from satellites that can see over the horizon, and can track, discriminate, sort, and communicate data about missiles and warheads as soon as they clear the clouds. In the 1980s the U.S. government planned such a satellite network—the lower tier of a three-tier system that was known as SBIRS. This was eliminated circa 2005, as per the 1972 treaty’s priorities: space sensors may not substitute for radars.

Reversing these priorities means, above all, adopting boost-phase interception of missiles by “other physical principles” — meaning lasers. The 1972 treaty prohibited it because its potential usefulness was already clear. By the late 1970s, our Navy had produced a chemical laser that destroyed antitank missiles in flight. In 1979, when this technology was brought together with that of the KH-11 satellite, the U.S. space laser program was born. By 1994, the New York Times reported that the first space laser was “nearly ready to fly.” The Clinton administration canceled it.

Nevertheless, boost-phase defense by lasers is available. In 1996, Grumman/TRW adapted the space laser for the ground-based defense of Israel against artillery rockets — far more difficult technically than deploying in space.

Since the laser weapon’s component technologies are becoming common, any major power may decide to place some in orbit. Far better if that power be the United States.

Were Iran, China, or Russia to challenge our vital interests, they might begin by eliminating U.S. satellites. We would then reflect how irresponsible it is, absent missile and space defense, to pretend that any interests are “vital.”

Mad Men and the American Consciousness

Israel’s Iron Dome, and Us

Why isn't America protected from missile attacks like the Israelis?

The Path Not Taken