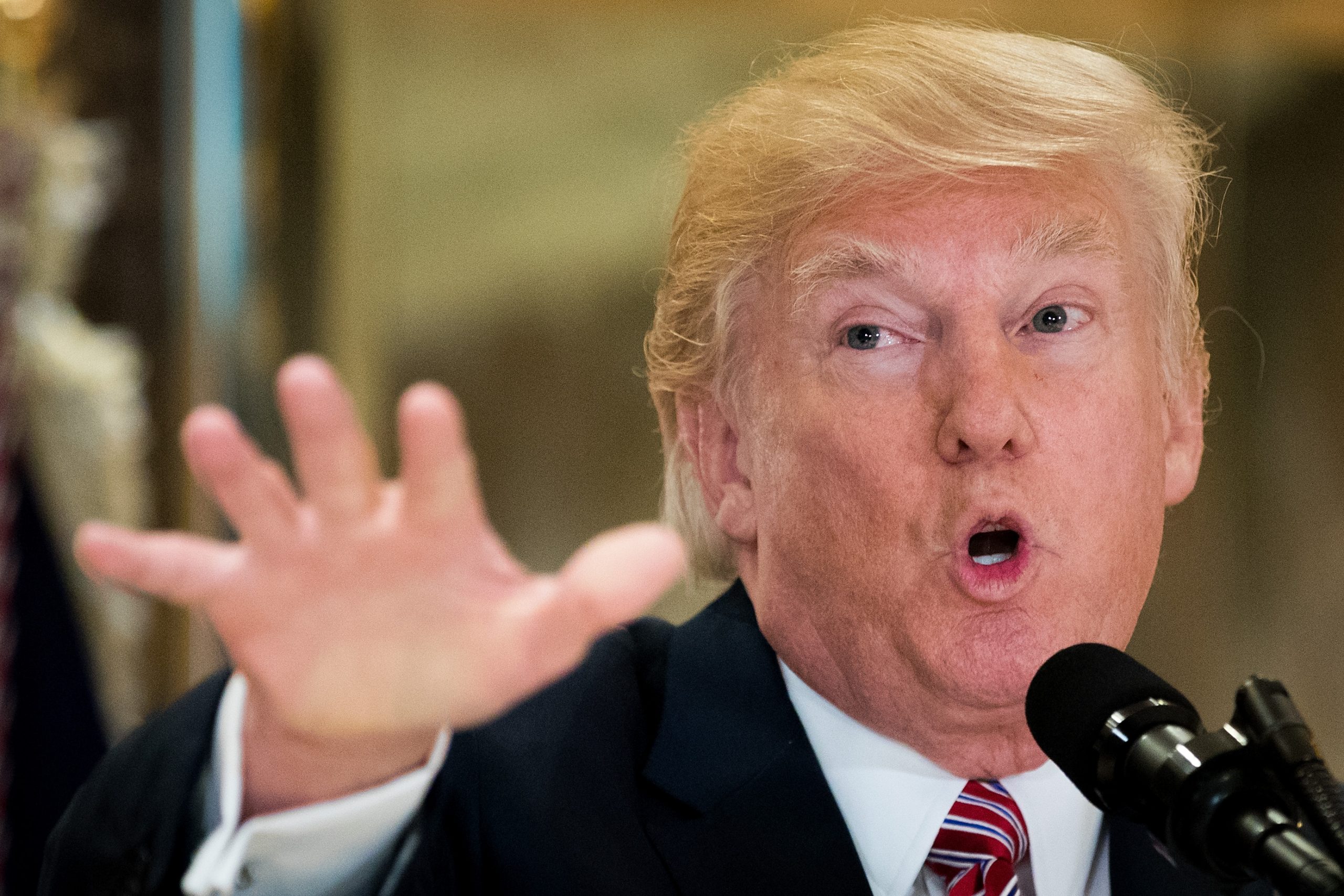 If President Trump’s indefensible and equivocating response to Charlottesville demonstrates anything, it is something of which conservatives—and originalists in particular—should have needed no reminder: Words, the vessels of truth for those burdened with this mortal coil and of political life for those living in a constitutional republic, matter.

The President’s supporters continue to imply that his words do not. This originated with the idea that the President should be taken seriously but not literally, peaked with his advisor Kellyanne Conway’s plea to look at what was latent in his heart rather than what emanated from his mouth, and is now petering out into a variety of excuses for his moral relativism with respect to neo-Nazism in Charlottesville, as though a nation with America’s commitments and history could possibly regard racial supremacists and those protesting them—even had their conduct been identical—as equivalent.

This makes Trumpists odd candidates for conservatism. Conservatism assumes objective truth, which finds its expression in the human experience through logos. It also makes them odd originalists in any contemporary sense.

Originalism has long disavowed what Trumpism now seeks in the case of the President’s words: an attempt to ascertain the private meaning of public utterances. Rather, public meaning originalism holds that the meaning of official acts is bound by the public understanding of them at the time of their enactment.

We could not accept a constitutionalism according to which the Constitution’s plain words are trumped, as it were, by the private commitments of its framers. Yet such excuses are constantly heard for words Trump utters in his official capacity: The President speaks in the argot of a New Yorker of disproportionate syntax, so his dialect must be deflated before its value is assessed. The President speaks impulsively but eventually decides rightly. The aggressive nature of his speech itself produces results aside from its content.

The problem with all this is that actions and agreements in a stable and lawful constitutional republic are conveyed through words rather than through brute force or will. Public-meaning originalists understand there is no end to the permutations according to which one can read meanings of shifting convenience into the tea leaves of private intention. Words either have meaning or do not.

They are, to be sure, inherently obscure. Federalist 37 recognizes the imperfection of language—a “cloudy medium,” the essay declares. But surely that is a reason for more, not less, commitment to clarity in its use. Indeed, one of the most potent weapons in the American arsenal is the clarity of the President’s language. When the President articulates a threat—if this, then that—both the “this” and the “that” are supposed to be taken both literally and seriously. When he makes a promise, the same holds. When the President plays fast and loose with the American commitment to NATO’s Article V collective-defense provision, for example, allies have nothing on which to bank but his words. His private intentions provide no assurance.

This is especially true because to the extent his public words are offered to mollify a political base, they serve a republican function. Authority attaches to these words precisely because people believe he means them. A President’s ability to keep an Article V commitment to a NATO ally will be constrained because his words denigrating that commitment are not mere words. The audience for which he intends them, an audience that is ultimately authoritative in a republic, believes them.

This need to take the President both seriously and literally is amplified by the fact that the very impulsivity that is used to devalue his language probably does more to reveal his authentic sincerity instead. That is, in fact, supposed to be the heart of the Trumpian appeal: He says what he thinks. If the safety net for this appeal is that he does not mean what he says—in other words, it is safe for him to say what he thinks because he never actually thinks it—voters are entitled to ask what exactly separates him from the political correctness and slick salesmanship he so assails.

The alternative, of course, is to say none of the President’s words matter. Call this “living Trumpism,” the contemporary equivalent of living constitutionalism according to which only the words we like matter and the rest are inkblot tests onto which we project the outcomes we desire. The President has flirted with this by announcing major policies such as the ban—or was it?—on transgender troops by Twitter without conveying those orders through official channels that make clear that he means to be obeyed. The resulting and constitutionally dangerous opacity leaves room for unelected officials subordinate to the President to doubt whether they must abide his direction.

Certainly those seeking to protect President Trump against the plain public meaning of his own words would not—and should not—have granted the same charity to his predecessor. Imagine, for example, such a defense of President Obama’s controversial 2009 Cairo address, in which he was accused of taking some blame for radical Islamism on Western shoulders: “The President is a constitutional law professor from Hyde Park, and everyone knows that’s just how Hyde Park professors talk. Pay attention to what he really feels, not what he says.”

Which brings us back to originalism: The extremities of President Trump’s behavior are invariably excused with some variation on the above theme—namely, he’s a New Yorker, don’t take him so literally—and, the excuse de grâce: “But the courts.” The underlying commitment to originalist judges is incompatible with a public-meaning Trumpism according to which the meaning of the President’s statements is to be devalued exactly because they were made in public and are therefore discreditable as political sops. The public-meaning originalism that is the last refuge behind which Trumpists are now barricaded holds precisely the opposite.

Rather than offering these incessant apologies, far better to return to Aristotle: “That man is much more a political animal than any kind of bee or any herd animal is clear. For, as we assert, nature does nothing in vain; and man alone among the animals has speech.” Speech was the instrument of creation. Logos begins the Last Gospel. That is not to say the President must attain the moral status of an apostle. It is to say that systematically devaluing his words—not because they are his, but because they are words—is tampering with something that, in originalism, in constitutionalism, and in common human life, greatly matters.

Cass Sunstein and the Originalist Case for Commercial Speech Protection

Burning Down His House

Trump’s apologists, too, are jettisoning the conservatism in whose name they have boarded his train.

Even legal protests mostly dumb democracy down, and when they are conjoined with illegality, they undermine respect for the rule of law.