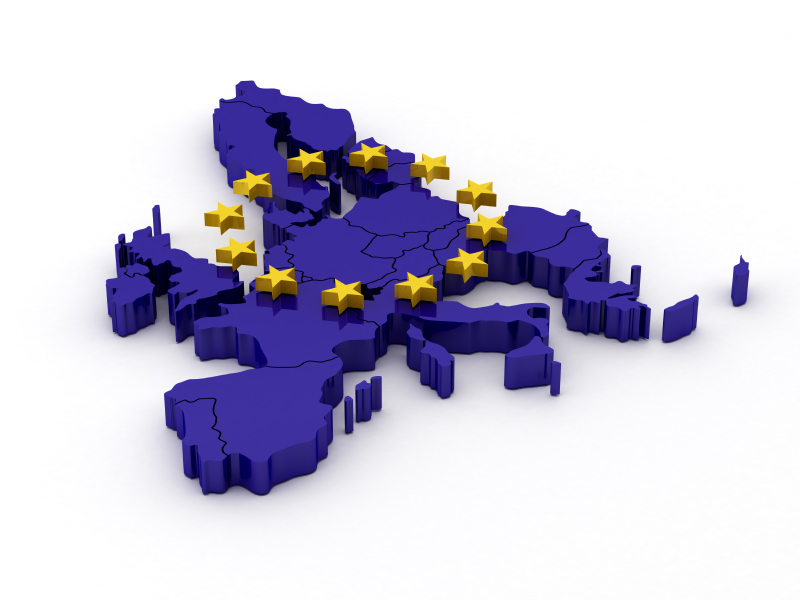 Seeking to give the slip to her young charge, Cecily, in order to take a flirtatious spin around the garden with the elderly unmarried local vicar, Dr Chasuble, on whom the aging governess has set her sights, the redoubtable Miss Prism in Oscar Wilde’s The Importance of Being Earnest, instructs her that

‘you will read your Political Economy in my absence. The chapter on the Fall of the Rupee you may omit. It is somewhat too sensational… Even these metallic problems have their melodramatic side.’

As some have observed, the joke here is ultimately on the playwright, since currency collapses are indeed sensational. One need only think of how traumatic was the collapse of Germany’s mark after World War I and of the ensuing tragic events to appreciate just how dramatic a currency collapse can be.

The official currency of most of the European Union is the euro, having been launched to much acclaim in 1999. That currency is now in deep trouble. Yet it is precisely because the memory of the monetary trauma of the Weimar period is now so firmly etched upon Germany’s collective consciousness that the EU’s largest and most powerful economy has been insistent on preserving price stability throughout the euro-zone, even when a hefty dose of quantitative easing, many believe, would not have come amiss there, having enabled Britain to escape the down-turn much sooner.

The result of Germany’s reluctance to ease credit since the great financial crash of 2007-2008 has been to drive much of southern Europe into a deep and protracted recession, with levels of unemployment, particularly among the young, not witnessed there since the Great Depression with consequent mounting resentment in the countries most affected by it, like Greece and Spain, plus a resultant rise of political extremism throughout the continent of both the right and left varieties.

Where the current economic crisis in the EU might yet end up is anyone’s guess. However, for a brief guide as to what currently is ailing Europe and why so much of it is not working, one could do a lot worse than turn to this very clear diagnosis by Roger Bootle, one of Britain’s most highly respected economists.

Not without an element of justice, economics has long acquired the sobriquet of being the dismal science. However, Bootle admirably succeeds in keeping his book entirely free of the mathematical arcana that all too often blights contemporary economic writing. The result is an indictment of current Euro-madness that is as readable as it is intellectually compelling.

What, then, in Bootle’s view, is the trouble with Europe and why is the EU not working? Further, how does he think it can best be reformed and what should take its place? Here, in a nutshell, are the answers that Bootle gives to these several questions addressed in his book.

As regards the trouble with the European Union in its present form, here is how Bootle sums up what, in his view, is fundamentally wrong with it:

In terms of economic dynamism, the EU is a failure… the EU has severe political problems too. Its institutions do not work; it is profoundly undemocratic; and its leaders are isolated from ordinary citizens… The leaders of the EU have suffered from a fundamental failure of vision… They are fixated on the idea of a tight economic and political association with countries that are geographically close… Given what has happened the world over in recent decades [viz. globalisation], this vision is completely out of kilter with modern reality.

To cure what currently ails it, argues Bootle, the EU needs to reverse the trajectory it has been on since its inception, namely, towards ‘ever-closer union’ between the peoples of Europe. Bootle puts his proposals for reform so:

The EU would have to shrink back in both power and ambition. In particular, the goal of “ever closer union” would have to be abandoned…

European leaders have been focused on utterly the wrong things. Their dreams have been about building unity when they should have been about creating excellence, even if that means diversity… They little understand that the prosperity of nations is built in the seemingly humdrum actions of ordinary people in factories, shops or service businesses, large and small – if only they are able to pursue their business interests relatively unrestricted by bureaucratic encumbrance.

Suppose, however, radical reform of the EU is not forthcoming and it breaks up. What, in Bootle’s view, could and should replace it? Here, our author offers some highly original, if not visionary speculations. He opens his final chapter, entitled ‘What Institutional Arrangements Could Take the EU’s Place?’, thus:

‘There is a tendency to see the EU as the only possible form of supranational association for European countries. In fact, there are many alternatives… [T]he countries of Europe need to abandon not only the idea of “ever closer union”, but also the idea of a Customs Union: that is, a union that imposes common tariffs on imports from outside itself… As far as economic policy is concerned, the key requirement would be the development of a free trade area…

Indeed, interestingly, the institutional structure is already in place for Europe to do something similar to NAFTA or ASEAN [the Association of Southeast Asian Nations]. It is called the European Free Trade Association (EFTA), which has been in existence since 1960. Today, EFTA is a poor relation of the EU… but it used to be much bigger…. [T]he EFTA structure offers a viable institutional model for Europe if the EU were to break up… It is to free trade that the countries of Europe need to return. Accordingly, it is EFTA… that offers a viable framework. ’

If there is one weakness of Bootle’s book, it lies in the account he offers in its opening chapter on ‘How the EU Came into Being and Why’. Here, Bootle accepts too uncritically the image that the EU likes to project of itself. Echoing the official version of its history, Bootle writes:

‘What we now call the European Union was born out of the carnage of the Second World War… [A]cross Europe… ordinary people and the governing elites inwardly pledged that nothing similar must ever happen again. Many believed that Europe’s leaders had to evolve some pan-European entity that would tame and subdue the passions and rivalries of the nation states of Europe… Soon the pledge… turned into vision and vision into reality. This vision-inspired reality was a series of institutional structures that evolved into what we now call the European Union.’

The truth is somewhat less idealistic and much murkier.

First, the idea of establishing some form of European Union long antedated the Second World War. It was the governing force behind the Pan-German movement which arose at the close of the nineteenth century and was responsible for Germany’s aggressive foreign policy until its defeat in 1945. A major source of inspiration for Pan-German aspirations for European integration was the mercantilist German political economist Friedrich List who, as early as 1844, was writing in his National System of Political Economy:

‘If… Germany could constitute itself… with Holland, Belgium, and Switzerland as a powerful commercial and political whole… Germany could… constitute herself the central point of a durable Continental alliance.’

Nazism was but the twentieth century hardening of Pan-Germanism whose own inspiration lay in turn in Friedrich List’s vision of a European customs union under German hegemony. As Ludwig von Mises and Paul Winkler respectively observed in books of theirs published during World War II:

‘The essential ideas of Nazism were developed by the Pan-Germans… in the last thirty years of the nineteenth century. The system was completed long before the outbreak of the First World War… The plans and policies of the Nazis differ from those of their predecessors in imperial Germany only in the fact that they are adapted to a different constellation of political conditions. The ultimate aim, German world hegemony, and the means for its attainment, have not changed.’ (Ludwig von Mises, Omnipotent Government [1944])

‘Mein Kampf… and its author, Hitler, are not the source of all evil in present-day Germany… In the ideas of List, we find… the complete outline of Germany’s recent and present economic attitude… Hitler is merely applying the century-old thesis of List in the economic sphere.’ (Paul Winkler, The Thousand-Year Conspiracy: Secret Germany Behind the Mask [1943])

As was recently observed by the German journalist Rainer Hank, senior economic and finance editor of the Frankfurter Allgemeine Zeitung:

‘[A]ccording to Goebbels’ diaries, on 8 May 1943, Hitler uttered the following: “It must remain our war aim to create a united Europe. But Europe can only undergo clear organisation through Germany.”… [T]he invention of Europe” is not — contrary to what official documents from the Council of the European Union would have us believe – a monopoly of the anti-fascist resistance.

Secondly, the prime mover behind the creation of the EU after World War Two was neither France nor Germany intent on preventing war between them again, as the official version of its history has it. Rather, it was the USA whose object in sponsoring European integration was to create a bulwark against Soviet expansion or communist subversion in Europe. As was noted by the British journalist Ambrose Evans-Pritchard in the Daily Telegraph as far back as September 2000:

Declassified American government documents show that the US intelligence community ran a campaign in the fifties and sixties to build momentum for a united Europe. It funded and directed the European federalist movement. The leaders of the European Movement – [Joseph] Retinger… Robert Schuman… and Paul-Henri Spaak – were all treated as hired hands by their American sponsors.’

These minor cavils aside, Roger Bootle’s The Trouble with Europe is an outstanding achievement that deserves reading by all who are opposed to how the EU has developed and who currently seek a better economic and political order for its benighted peoples.

The Indictment of Rick Perry

Is the West Now United?

Do Russian sanctions signal new unity and resolve in Europe? Don't count on it.

The Classical Liberal Case Against Brexit

The Free Society and Its Limits