For the bulk of the last generation, a conjunction of conservative legislatures and liberal courts enabled judicial conservatives to avoid a theoretical tension it is now time to confront: that between original intent and judicial restraint. 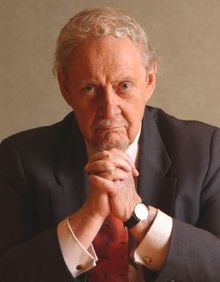 The tension was alleviated by the fact that, given the blend of conservatism in the electoral branches and liberalism on the bench, advocates of original intent and judicial restraint reached the same conclusions in 99 cases of 100: If majorities made decisions compatible with constitutional originalism and courts were inclined to overturn them—see Roe v. Wade as the paradigmatic example—the natural default for conservatives was judicial restraint.  Conservatives, led intellectually by Judge Robert Bork, preached a doctrine of deference to majorities.

But now that majorities are reaching conclusions that test the boundaries of constitutional orthodoxy and judges who preach that orthodoxy populate the bench—the paradigm, in short, having shifted from Roe to NFIB v. Sebelius—conservatives are being forced to ask whether what they meant all those years was actually that the courts should defer to majorities as a matter of principle or rather that courts should in fact act as a counter-majoritarian makeweight after all but were, in the liberal epoch, simply reaching the wrong conclusions.  Both positions are tenable, but as the fissures between them widen, judicial conservatives had best work out which they espouse.

Call this the “judicial dilemma,” or at least a conservative one. It arises because originalism does not necessarily lead to restrained results.  Nothing in its internal compass is ineludibly aligned with deference to majorities unless one believes that majorities are inherently disposed to reach conclusions compatible with the original meaning of the Constitution. Indeed, it may be mere historical happenstance that original intent and judicial restraint coincided for as long as they did.  But NFIB—and the fact that conservatives seem increasingly disposed to present to courts cases they have lost before legislatures—demonstrates that the tension is simmering.

It boiled briefly but substantially over in the tensions on the conservative wing of the Court in NFIB: the originalist minority refusing even to address the arguments of Chief Justice Roberts when in fact the latter was operating from a principled posture of deference conservatives had themselves espoused for the better part of the preceding generation.

Still, advocates of restraint must avoid slouching into a merely facile defense of that doctrine, especially if it is going to leave them surprised when jurists like Roberts actually employ it.  The principled argument for restraint is Willmoore Kendall’s conservative case for majority rule.  It arises from man’s status as a political animal.  It elevates to the status of constitutional principle the conservative’s dispositional distaste for whining, which is not to stigmatize all objections to losing positions as whining.  Some objections are legitimate.  It is, rather, to say that not all losses before legislatures are to be retried before courts, that part of the price of living in a political community is that one must accommodate oneself to the needs, preferences and tastes of others.  One wins some battles but also loses others and one is not entitled simply to stomp off the playground—still less to shutter the playground for others—in the latter case.

To be sure, it is also true that one purpose of constitutional government is to place some battles beyond the reach of transient majorities.  The problem arises in that the authority to resolve the inevitable conflicts that arise as to which those issues are and how their precise boundaries are to be drawn must be located somewhere.  To place that power beyond the reach of majorities—that is, in an unaccountable judiciary—is to evince a faith that a Supreme Court separated from popular control will be sufficiently restrained to confine itself to a strictly interpretive role.  The anti-Federalist Brutus, whose analysis of the inflationary tendencies of the Supreme Court reads like prophecy, predicts otherwise: “In short, [members of the proposed Supreme Court] are independent of the people, of the legislature, and of every power under heaven.  Men placed in this situation will generally soon feel themselves independent of heaven itself.”  Chief Justice Warren, call your office.  Justice Peckham is on the line.

With whom then is the authority to interpret the boundaries of majority rule to be lodged?  Kendall answers, less paradoxically than it first appears, that “the standard by which the exercise of collective power is to be judged” is itself to be judged and adapted by the majority. (Willmoore Kendall Contra Mundum, 144)  Recall that constitutionalism protects individuals against transient majorities; the key lies in so arranging institutions that majorities are required to endure and likeliest to behave reasonably when they do.

Thus restraint.  It requires swallowing bitter pills, but, crucially, supplies a spoonful of sugar to salve the taste: the option for democratic engagement.  By the time Obamacare reached the Supreme Court, it had already been the central issue in a national election in which control of the House of Representatives flipped.  It was certainly topical if not dominant in the subsequent presidential election.  The people had ample opportunity to consider the issue, including its constitutional dimensions, and have now to live—for ill, for good, for otherwise, with their decision or to undo it by democratic means.

The conservative case for restraint rests substantially on the proposition that democratic engagement—the political life for man, as Aristotle says—is a better means of resolving disputes than decisions handed down from on high.  Democratic engagement nourishes civic life, encourages prudential balance, draws people out of the individualism against which Tocqueville issued his timeless warning.  But those goods carry prices.  Accepting occasional losses is among them.

This is not to say a restrained judge is an impotent one.  Federalist 78 makes a clear case for judicial review in cases of “irreconcilable variance” between statutory law and the Constitution.  The question for the restrained judge is therefore not whether he or she believes a law enacted by majorities is constitutional.  It is whether there is any reasonable interpretation according to which it might be.  This is the mode of analysis Roberts employed in NFIB.  Whatever one thought of the outcome, the provenance of the method was noble.  Restrained judges, then, ought to be willing to exercise the power of judicial review in clear-cut cases, especially where majorities seek to constrain access to the mechanisms of majority rule that would otherwise provide access to democratic remedies.  But their default position, especially in cases of close calls, ought to be deference.

To be sure, the conservative case for an avowedly active originalism is potent too: It rests on the proposition that the individual is immune in political society from certain types of losses.  The advocate of restraint, in turn, does not reject this proposition; he or she replies merely that this is a good better and likelier attained through politics than bypassing it.  Hence the dilemma for judicial conservatives.  What seems clear is that these positions—originalism and restraint—are not coterminous, and conservatives will not much longer be able to avoid taking sides.

Punishing Those Who Would Imprison the Innocent

The Ninth Amendment and the Federalist Interpretation

The Federalist Interpretation of the Ninth Amendment has some merit, but the Amendment still protects natural rights.

Obamacare and the Origination Clause III: Propose or Concur with Amendments