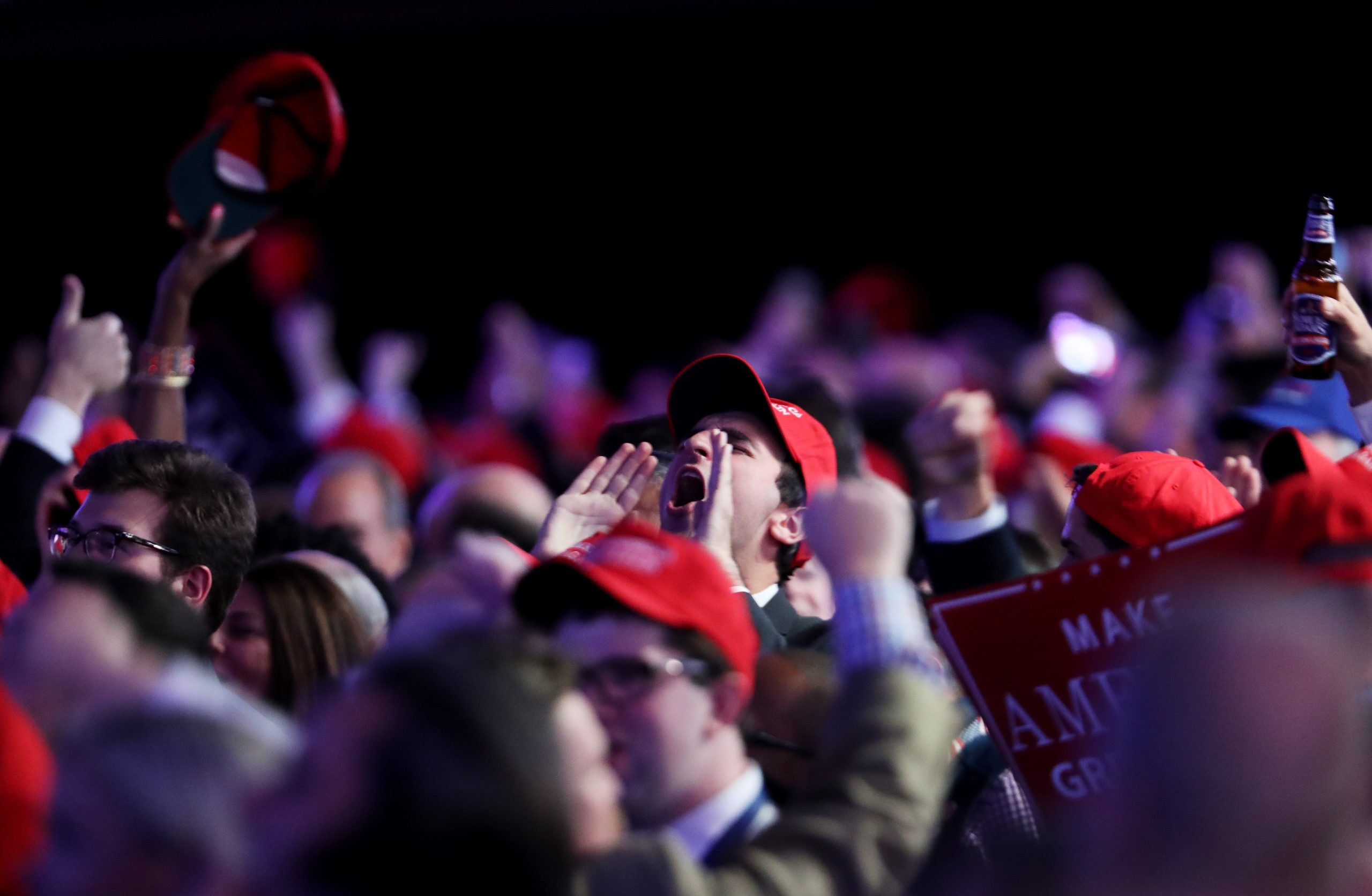 A lot of the discussion of President Trump’s election interprets his election as reflecting a significant change in the American electorate. I don’t think so. We see precursors of the Trump coalition in Ross Perot’s presidential bid, and Pat Buchanan’s, and even Ronald Reagan’s. Nativists have been a crucial, if variable, part of the Republican coalition since before the Civil War. And support for protective tariffs were a common feature of Republican platforms through at least World War II.Part of the commentariat’s problem in divining what Trump’s election tells us about Trump’s electorate is that election victories can be discontinuous reflections of relatively small and continuous changes in the underlying electorate. Take a simple example. Candidate A wins an election with 50.4 percent of the popular vote. Candidate B loses with 49.6 percent of the popular vote. A shift in the votes of less than a half of a percent of the voters from Candidate A to Candidate B would result in B winning the election rather than A. A small shift among a few of the most middle-of-the-road voters throws the election from one candidate to the other. It is incorrect to conclude that the dramatic change in the election outcome, Candidate B winning rather than Candidate A, implies a similarly dramatic shift in the underlying electorate.

Nativists have been a sometimes small, sometimes large, but an always-critical constituency for the Republican Party since the days of Abraham Lincoln. While the 1860 Republican Party platform adopted the “Dutch Plank” opposing a more-restrictive naturalization law for immigrants, Republican support was critical for the adoption of the Chinese Exclusion Act in 1882, and the quota systems for immigration adopted in the 1920s. And, of course, the Republican Party consistently embraced high tariffs from Reconstruction through the 1930s.

Part of Ronald Reagan’s political genius was to bring together nationalist-populists, free traders, libertarians, defense hawks and social conservatives into a grand coalition. In the 1980s, Reagan’s focus on the Soviet threat largely sublimated goals of nativist and nationalist parts of the coalition. But recall Reagan rode nationalist opposition to the Panama Canal Treaty within a hair’s breadth of winning the 1976 GOP presidential nomination against then-sitting President Gerald Ford. The nationalist basis for his near-success in 1976 laid the groundwork for winning the GOP nomination in 1980 and the general election.

With the end of the Cold War, nativist, nationalist, and protectionist parts of the GOP coalition balked at George Bush’s mainstream Republicanism. Ross Perot drew almost 19 percent of the popular vote in 1992 based largely on a national populist-protectionist platform (and concerns about the national debt). The vote for Perot in 1992 provides a pretty good estimate of the size of core nativist vote at this time. Pat Buchanan subsequently tried to tap into support from this part of the Republican coalition, doing pretty well in the 1996 GOP primary campaign, sometimes attracting up to about a third of Republican primary voters state primaries.

Between 1996 and 2016, the core of nativist-protectionist voters had no high-profile candidates distinctly articulating their concerns. (Mike Huckabee might be a partial exception to that generalization, at least on the more-populist side of the GOP electorate.) As dutiful, if sometimes neglected, members of the Republican coalition, they fell in behind Republican standard bearers during this period, although more out of opposition to the Democratic nominees than from any enthusiasm for the GOP nominees.

The electoral quiet of this wing of the party stemmed from the absence of a candidate, not from declining numbers or passion. Observers across the political spectrum, however, deduced the wrong lesson, concluding that this part of the Republican coalition had been electorally marginalized, limited to yapping on talk radio and snarling over the validity President Obama’s birth certificate. Observers then took their reappearance in support of Trump in 2016 as representing a significant turn in political preferences.

But that’s the wrong lesson. The only surprise of 2016 was that this section of the GOP electorate had never really disappeared at all. Indeed, judging from Trump’s early primary results, it is unclear that this (usual) part of the GOP coalition has expanded much since Ross Perot’s 1992 campaign. The difference between 2016 and 1992 is, with the “mainstream” GOP vote divided among so many other candidates, a single nativist-nationalist candidate could win the early primaries, and then use that momentum to win the nomination. For once, mainstream GOP voters would need to hold their noses and support the nativist-populist candidate rather than vice versa. This is perhaps the real surprise of the election, that most (although not all) GOP voters would at last fall in line and support the GOP brand, at least against Hillary Clinton.

This is not to take anything away from Trump’s victory. It is indeed remarkable. He succeeded where Perot and Buchanan (and perhaps we could include Huckabee here) failed. But as with Candidate A and Candidate B above, remarkable outcomes don’t necessarily reflect remarkable changes in the underlying electorate. I think Trump’s victory results more from the right person and the right time, and to the number of candidates competing for the mainstream votes, than to any large and fundamental shift in the underlying electorate. This applies to the GOP base during the primary, and ultimately to general election voters. Commentators who read into Trump’s election a large and fundamental shift in the electorate, or look for other deep lessons about the American voter, are overcorrecting for what they wrongly deduced from nativist quietude between 1996 and 2016. Just because a nativist candidate appeared in 2016, however, doesn’t mean that a core of nativist support didn’t already exist.

Amending the Constitution with Buchanan and Buckley

Independent Agencies Must Follow the President’s Interpretations of Law

Christopher Caldwell discusses his new book, The Age of Entitlement.

The Precarious State of Liberty in the USA

The prevailing intellectual culture is becoming more and more convinced that concepts like liberty do not have any reference in reality.