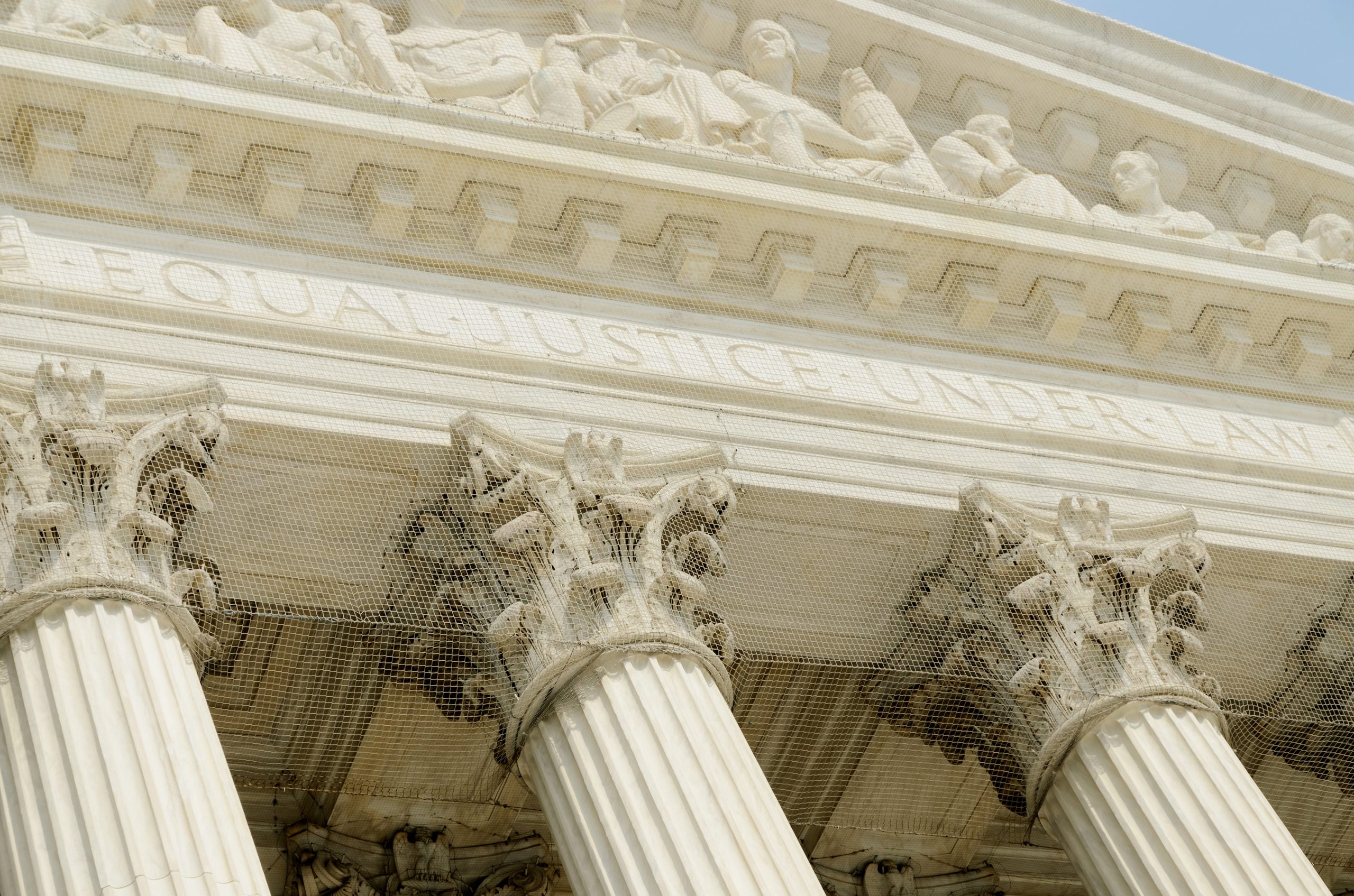 The latest tract by Erwin Chemerinsky, liberal law professor and dean of the University of California at Irvine School of Law, is depressingly familiar. Like his Enhancing Government: Federalism for the 21st Century (2008), The Conservative Assault on the Constitution (2011), and The Case Against the Supreme Court (2014), his new book is a diatribe masquerading as legal scholarship. The usual villains—conservative Supreme Court justices, malevolent government officials, rapacious corporations, racist police officers—are pitted against the wrongly accused, helpless consumers, and oppressed victims of discrimination.

Closing the Courthouse Door: How Your Constitutional Rights Became Unenforceable presents one-sided vignettes drawn from actual cases, with factual nuances omitted to achieve the desired degree of caricature. With his straw men thus erected, Chemerinsky proceeds to tear them down, all the while claiming to expose the treachery of the evil-doers du jour. According to him, the only things standing between innocent citizens and despotism are Progressive federal judges and the protections of the living Constitution they enforce.

His latest does nothing to alter Chemerinsky’s well-known profile. He testified before the Senate against Justice Samuel Alito’s confirmation to the Supreme Court. The book carries a burb from American Civil Liberties Union president Susan Herman. And his acknowledgments cite the “enormously helpful comments and suggestions” of uber-activist Judge Stephen Reinhardt.

An odd thesis, it would seem, for someone who teaches Federal Courts, a course that navigates the deliberately circumscribed realm of the federal judiciary. Nonetheless, and with typical partisan hyperbole, Professor Chemerinsky tells us that his book seeks to explain “how the Supreme Court, through a series of doctrines and decisions, has closed the federal courthouse doors to those whose rights have been violated.”

In his black-and-white world, liberal judges are the heroes and conservative judges the heavies. He risibly claims that “conservative justices have achieved their goal of narrowing rights by keeping federal courts from hearing cases and providing relief.” Whatever the merits of his opposition to limited jurisdiction, few of the “barriers” he catalogs are attributable to “conservative justices.”

Ever the liberal advocate, the author is a fan of open-ended judicial power for many of the same reasons that conservative originalists seek to curb it: federal courts are fundamentally anti-majoritarian, democratically unaccountable for their actions, and prone to Progressive outcomes.  In a rare moment of self-awareness, he concedes that “Everyone, including me, looks to jurisdictional doctrine as a way to facilitate their views about constitutional law.”

Liberals support judicial activism because they dominate the legal culture and are able to enact their policy agenda more easily though the federal courts than through the political branches. Accordingly, if a litigant is denied relief in federal court on procedural or jurisdictional grounds, Chemerinsky is there to condemn this as a miscarriage of justice.

The solution? Let federal courts decide all cases raising constitutional claims, with no defenses, pleading requirements, or limitations on recovery. If this solution were ever implemented, the result would be an orgy of federal court litigation, an enlargement of judicial power, and a corresponding emasculation of the executive and legislative branches. Federal judges would become roving arbiters of “ill-defined controversies over constitutional issues,” in the pithy words of Justice Stanley Reed in United Public Workers v. Mitchell.[1] This would apparently suit Chemerinsky just fine, but instead of making this argument directly, as a policy prescription, Closing the Courthouse Door poses as a scholarly critique of limited federal court jurisdiction.

What are the barriers he objects to, and who erected them? Here, the tendentious nature of this screed becomes obvious. Despite Chemerinsky’s transparent antipathy for the originalists who have tempered the Supreme Court in recent decades, “conservative justices” are clearly not responsible for most of the “restrictions” he rails against. Nor, in many cases, are the restrictions new developments. Many of the limitations on federal judicial power are inherent in Article III, which left the creation, structure, and jurisdiction of “inferior courts” entirely up to Congress.  Pursuant to the Judiciary Act of 1789, and in contrast to the general jurisdiction of state courts, only certain types of cases can be brought in federal court. Thus the time-honored concepts of justiciability, standing, ripeness, and political questions preserve the separation of powers designed by the Framers.

It is simply dishonest for Chemerinsky to argue that ignoring the express architecture of the Constitution promotes constitutionalism. Particularly disingenuous is his blaming his favorite whipping boys, “conservative justices,” for legal results that stem from the very design of the federal government.

Nor does he stop there. He likewise takes issue with the federal government’s longstanding sovereign immunity—which he at least acknowledges dates to the Founding [2], and which he concedes could be waived by Congress. He also objects to courts enforcing the states’ sovereign immunity, even though it is derived from the Eleventh Amendment to the Constitution. (As with his opposition to the death penalty, gun rights, and political contributions, Chemerinsky picks and chooses which constitutional provisions he finds worthy of protection.)

Closing the Courthouse Door criticizes restrictions on the writ of habeas corpus (even though they were mostly enacted by Congress, with the support of President Bill Clinton, in 1996), as well as limitations on suits against local governments under section 1983[3], although the leading decisions, Monroe v. Pape[4] and Monell v. Department of Social Services[5], were written by the liberal Justice William O. Douglas and Justice William Brennan, respectively.  Even limitations on so-called “Bivens suits”[6] are generally based on the narrow reasoning of Justice Brennan in that 1971 case, which barred suits if “special factors” existed or if Congress had affirmatively acted.

You get the drift. The author also excoriates, sometimes randomly: individual immunity doctrines shielding judges and other government officers from personal liability for actions taken in their official capacities, without noting that such doctrines are deeply rooted in our history[7]; abstention doctrines based on “comity” that arose from an 8 to 1 decision written by Justice Hugo Black, with only Justice Douglas dissenting[8]; enforcing the “commonality” requirement of Rule 23 to curb the maintenance of wage and hour claims as class actions; and enforcing arbitration agreements pursuant to the Federal Arbitration Act[9] to preclude lawsuits, including class action suits, by signatories to such agreements.

None of these grievances can fairly be blamed on “conservative justices.” The fact is that the various Supreme Court decisions Chemerinsky complains about have only one thing in common: the side he was rooting for did not prevail. In his liberal mind, that means that the applicable law is wrong and should be changed to open the courthouse doors—some would say floodgates—to all comers. This is nothing but results-oriented sophistry.

In the book’s final few pages, the author airily brushes aside the countervailing considerations, which he summarizes under the headings “Too Much Power in the Federal Courts?” and “Is It All a Quest for Liberal Results?” Not surprisingly, the answer to both questions is a passionate no.

Three years ago, Chemerinsky revealingly lamented that he hoped his then-latest book would not be perceived as a “liberal’s whining that the Court’s decisions have not been liberal enough.” That about sums up his point of view, though. Closing the Courthouse Door amounts to an extended whine about Article III.

Historians and Originalists Part II: The Adequacy of Originalist Scholarship

Martha Could Have Succeeded George

How Blind Should Lady Justice Be?

Our society was once devoted to the rule of law rather than the rule of men. A focus on the representativeness of judges will entrench a rule of identity.

Declaratory Judgment as a Quasi-Injunction